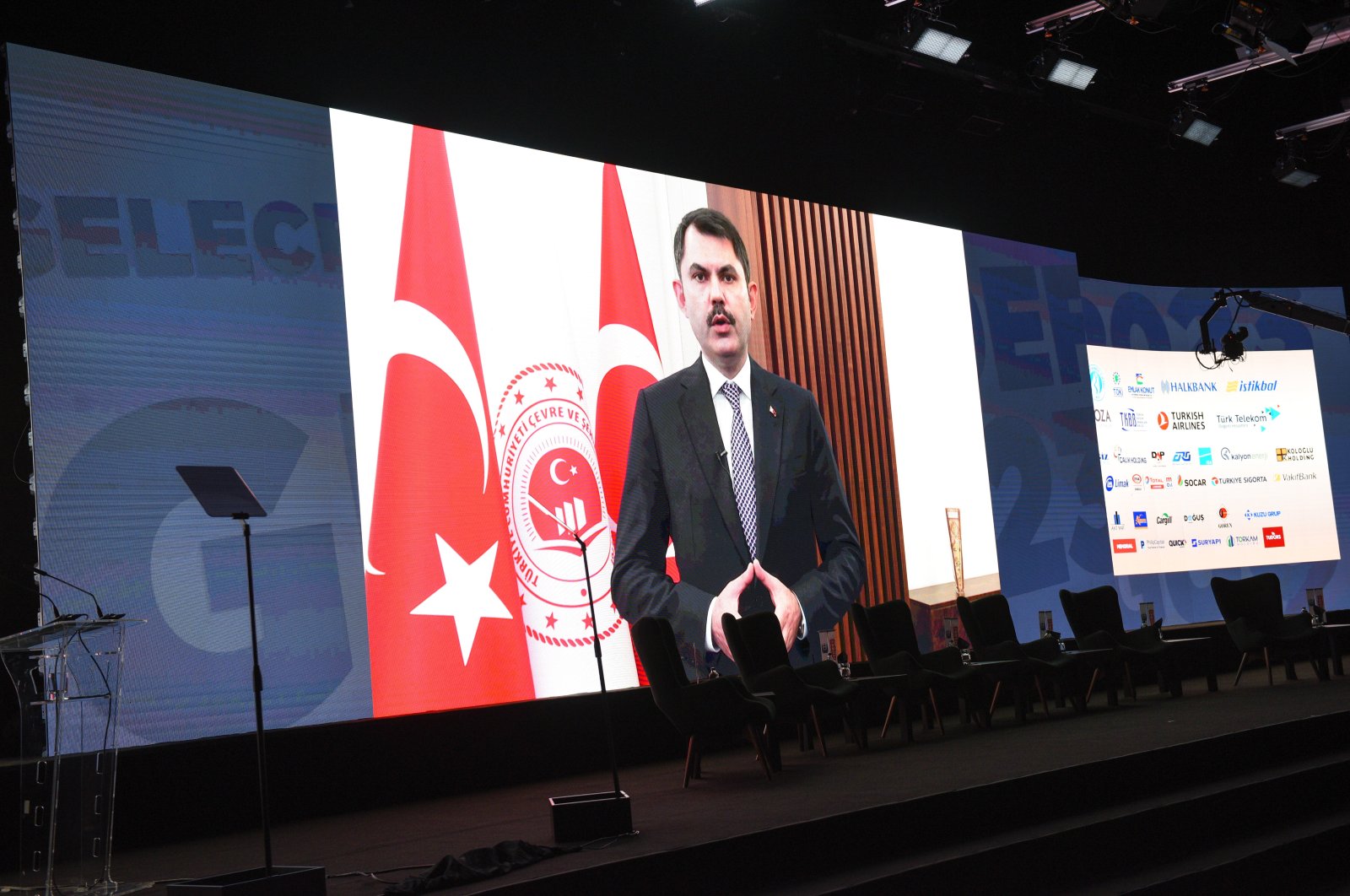 Turkey, like many other countries, will be reinterpreting its future and the urbanism approach after the coronavirus pandemic, Environment and Urbanization Minister Murat Kurum said Thursday.

Kurum’s remarks came on the sidelines of an event marking the 35th anniversary of Sabah, the sister newspaper of Daily Sabah and the flagship publication of the Turkuvaz Media Group.

Indicating that the world and Turkey’s populations are urbanizing rapidly, the minister said the population living in cities is projected to increase 2.5 times in the next 30 to 40 years.

"In order to prepare our country for the new process, we plan the next 50 years or 100 years for all of our cities with the project, 'Strong Cities of Strong Turkey,'" Kurum said.

He stressed they had very valid and rational reasons for this long-term planning.

“I find it useful to explain this issue through COVID-19 and global warming. I think that, like all other countries, we will reinterpret our future after COVID-19. We will reconsider everything, maybe rebuild a lot of things,” the minister said.

Kurum suggested that the outbreak has been spreading the most in cities, stressing that this fact brought along questions on what would change in terms of urbanism and what would stay the same.

“Today, the world’s most respected institutions and global actors of the building sector are looking for answers to this question and reconsidering their approach to urbanism. Due to epidemics and climate crisis, radical changes continue to occur in our urban life,” Kurum noted.

Emphasizing that now discussions have begun on how to adapt homes, businesses and cities to the new normal, Kurum mentioned some of the arguments under consideration in relation to urbanism.

“We are more focused than ever on human access to basic needs. We are making more efforts to provide cheap housing and create new public spaces such as squares and open spaces such as massive gardens,” he said.

The minister noted that Turkey strives to construct reinforcement-centered housing instead of just interspersing reinforcement with housing.

“We strive to bring human health to the best point. We bring environment, nature and blue and green areas to the center of our projects,” Kurum said.

“Today, we are building cities that are ready for disasters, have IDs and are disability-friendly with an urban transformation that has humans at the center," he said.

The minister stressed that the country is eager to further enlarge the size of protected natural spaces.

Hundreds of new environmental projects have been initiated within the scope of the Zero Waste initiative, spearheaded by first lady Emine Erdoğan, to combat pollution, Kurum said.

The ambitious Zero Waste project was launched three years ago to introduce recycling to the masses and raise awareness about increasing pollution.

The country has saved tons of plastic and made its seas cleaner, with thousands of buildings, residences and companies having implemented recycling into their waste disposal policies.

The policy was first launched at the Beştepe Presidential Complex and went into effect in various government ministries in 2017, later spreading to the municipalities and some private companies and public institutions, including schools and hospitals.

The first lady contributed to the Zero Waste project by launching several campaigns, including Zero Waste Blue. Thanks to the campaign, 180,000 cubic meters (235,431 cubic yards) of garbage were collected from bodies of water and coasts between February 2019 and February 2020.

“We have prepared and put into action our regional and local action plans. Today, we build all our on-site construction projects with energy-efficient, zero-waste compliant and smart building technologies,” said Kurum.

The minister emphasized that a new era has begun and that it was time to rethink strategies for the development of new cities. He stressed that the pandemic and climate change have forced us to change our ways.

“Our people now understand how inconvenient this congestion is. People now have a desire to escape the city, to live in the countryside,” Kurum said.