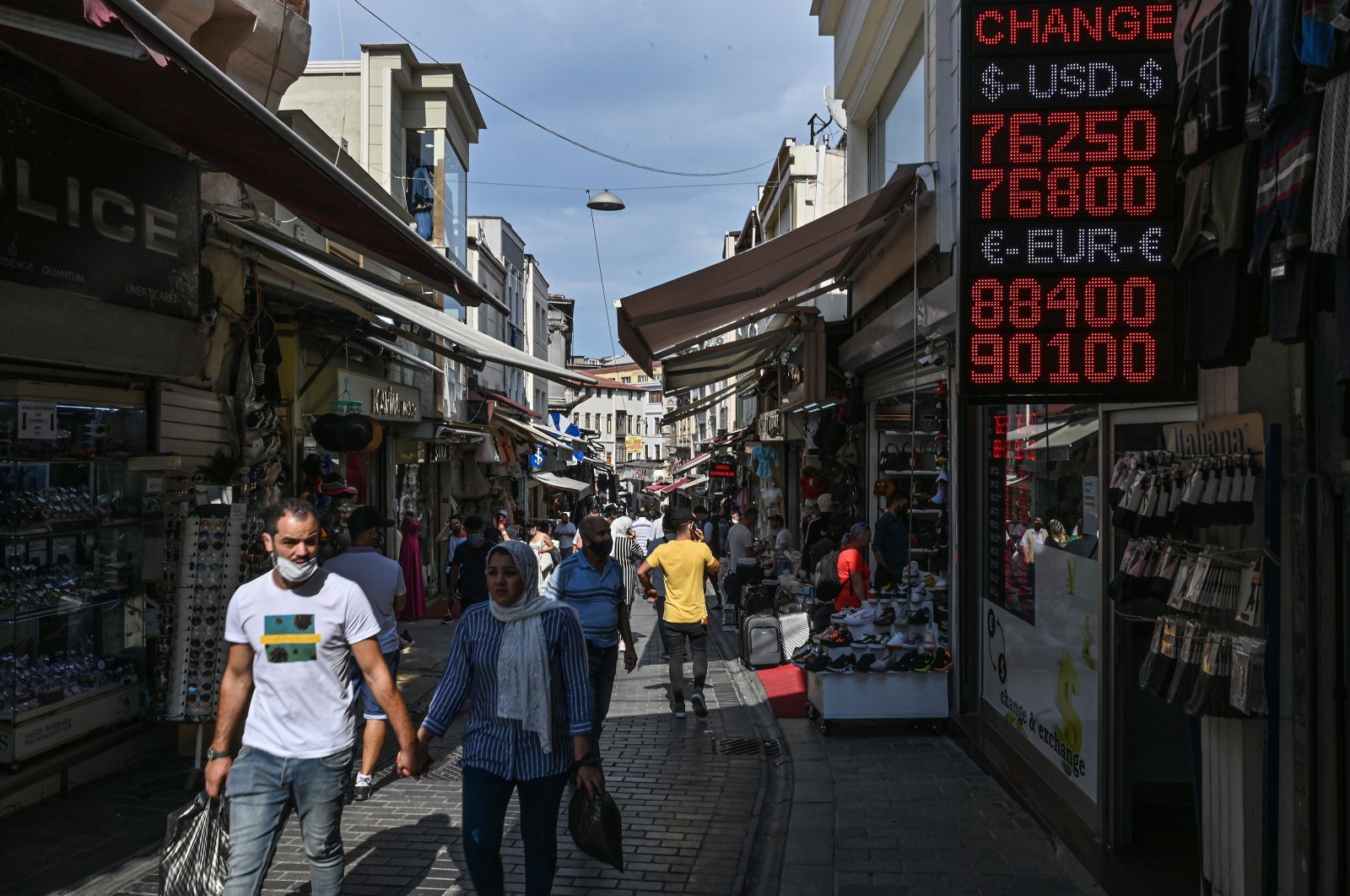 As Ankara has boosted its efforts to erase the traces of the coronavirus pandemic on the economy, eyes this week will be turned toward Turkey’s new three-year economic road map and the 2021 central government budget.

The New Economic Program (NEP), expected to be announced by Treasury and Finance Minister Berat Albayrak, will feature Turkey’s targets for basic macro indicators such as inflation, employment, growth, exports and current account balance for the 2021-2023 period.

The impact and the reflection of coronavirus-related developments on budget and economic targets will also closely be followed.

Just like around the world, the pandemic brought the Turkish economy to a near standstill in the second quarter as the country shut schools and some businesses, closed borders and adopted weekend stay-home orders after it reported its first COVID-19 case on March 11. The economy was mostly reopened in June.

Leading indicators have been said to have been pointing at a strong recovery in the third quarter of the year.

Despite the pandemic, the Turkish economy has managed to do better than its peers in the second quarter of the year and fared better than forecasts, aided by the government's stimulus campaign.

In addition to the basic economic barometers – macro policies, principles and goals will be included in the program, which is said to be prepared in accordance with the requirements of general economic conditions. The program is also projected to increase predictability for the private sector and set industry-based goals.

With the NEP's announcement, the process for the central government budget for 2021 will also be brought to a certain point. The objectives and priorities of the program will be taken as a basis for the preparation of ministry and institutional budgets.

On the other hand, the Medium-Term Financial Plan, which will include the total income and expenditure estimates for the next three years, as well as the deficit target and borrowing status, will also be published in the Official Gazette in accordance with the NEP.

The central government budget bill is also expected to be submitted to the Turkish Parliament by Oct. 17. It will be implemented as of Jan. 1, 2021. The investment program related to the next year will also be announced in January.

The agenda in October will also be intense as exports and inflation figures will be announced at the beginning of the month.

Among others, unemployment figures will be announced on Oct. 12, turnover indices, retail sale indices and the industrial production index on Oct. 14 and the September budgeted results on Oct. 15. The Turkish Statistical Institute (TurkStat) will unveil the consumer confidence index on Oct. 22.

Attention will also turn toward the Central Bank of the Republic of Turkey’s (CBRT) interest rates meeting on Oct. 22.

The bank last week unexpectedly hiked interest rates by 200 basis points to 10.25%, tightening policy for the first time in two years to support the Turkish lira and rein in inflation.

The Turkish central bank said a fast recovery from the initial coronavirus shock sent inflation higher than expected, prompting it to surprise markets with a rate hike.

“As a result of fast economic recovery ... inflation followed a higher-than-envisaged path,” the bank’s policy-making committee said in a statement.

“Tightening steps taken since August should be reinforced in order to contain inflation expectations (and) to restore the disinflation process,” it said.

The policy rate had been held at 8.25% since May – in the middle of Turkey’s coronavirus lockdown – following a nearly yearlong aggressive easing cycle that chopped it down from 24%.

CBRT Governor Murat Uysal will on Oct. 28 announce the bank’s last inflation report for the year.

Turkey’s inflation came in a bit lower than expected at 11.77% year-on-year in August, according to the official data.

The bank in July raised its year-end inflation forecast to 8.9% from 7.4%. It said the 1.5 percentage-point increase was driven by an upward revision in oil prices and food inflation projections.