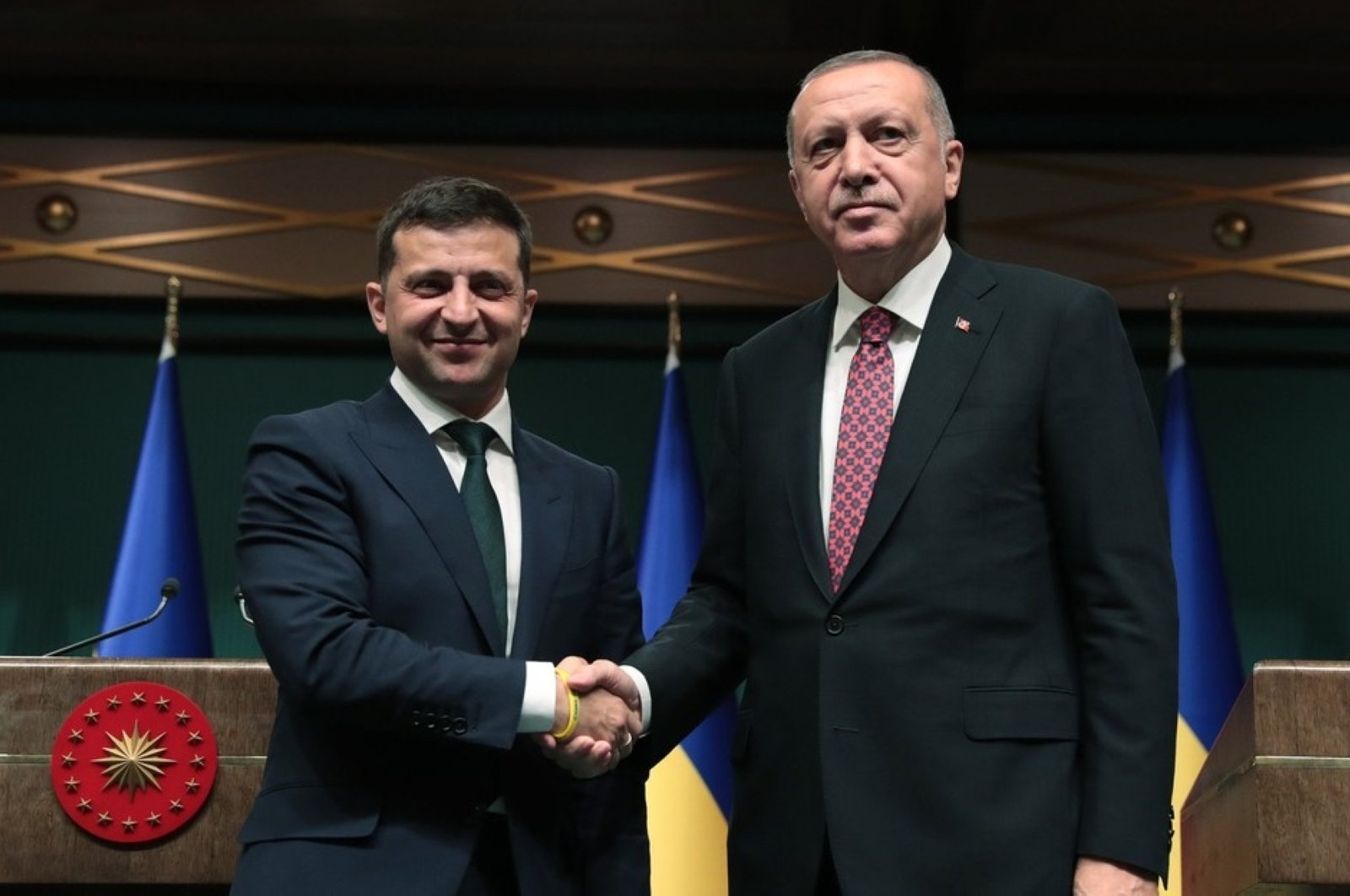 Türkiye's employment up in April-June

“We are aiming for $10 billion in bilateral trade with Ukraine,” Erdoğan said Friday during a press conference with Ukrainian counterpart Volodymyr Zelenskiy at the Presidential Complex in Ankara.

Zelenskiy arrived in Turkey upon the invitation of the Turkish president to discuss bilateral relations and cooperation between the two countries, as well as regional issues.

"I and my friend Mr. Zelenskiy are on the same page,” he said. “We agree with Mr. Zelenskiy that negotiations on a free trade agreement between our countries should be concluded quickly.”

The two countries signed military cooperation agreements on the sidelines of the visit, deepening their defense partnership, which has been enhanced over recent years.

Erdoğan and Zelenskiy oversaw the signing of a “goodwill” agreement concerning the defense industry and a “military framework agreement,” officials said, although details of the agreements were not immediately known.

Zelenskiy said the agreements paved the way for “new opportunities.”

“Cooperation in the defense industry is important for the development of our strategic partnership and I am happy that we are strengthening it today,” he said, speaking through an interpreter.

Erdoğan hailed relations with Ukraine and said both countries had enhanced their ties in many fields, including defense, health and tourism, thanks to an approach geared toward satisfying both sides equally.

Under an agreement signed during the visit, Turkey pledged to provide TL 205 million ($25.8 million) to help Ukraine meet its military needs.

Ukrainian aircraft producer Antonov aims to cooperate with the Turkish aviation industry for the production of AN-178 aircraft, the company’s CEO Oleksandr Los said last month.

Zelenskiy further noted that some Turkish construction companies were active in Ukraine, adding that he wanted to see more companies from Turkey.

Türkiye's employment up in April-June