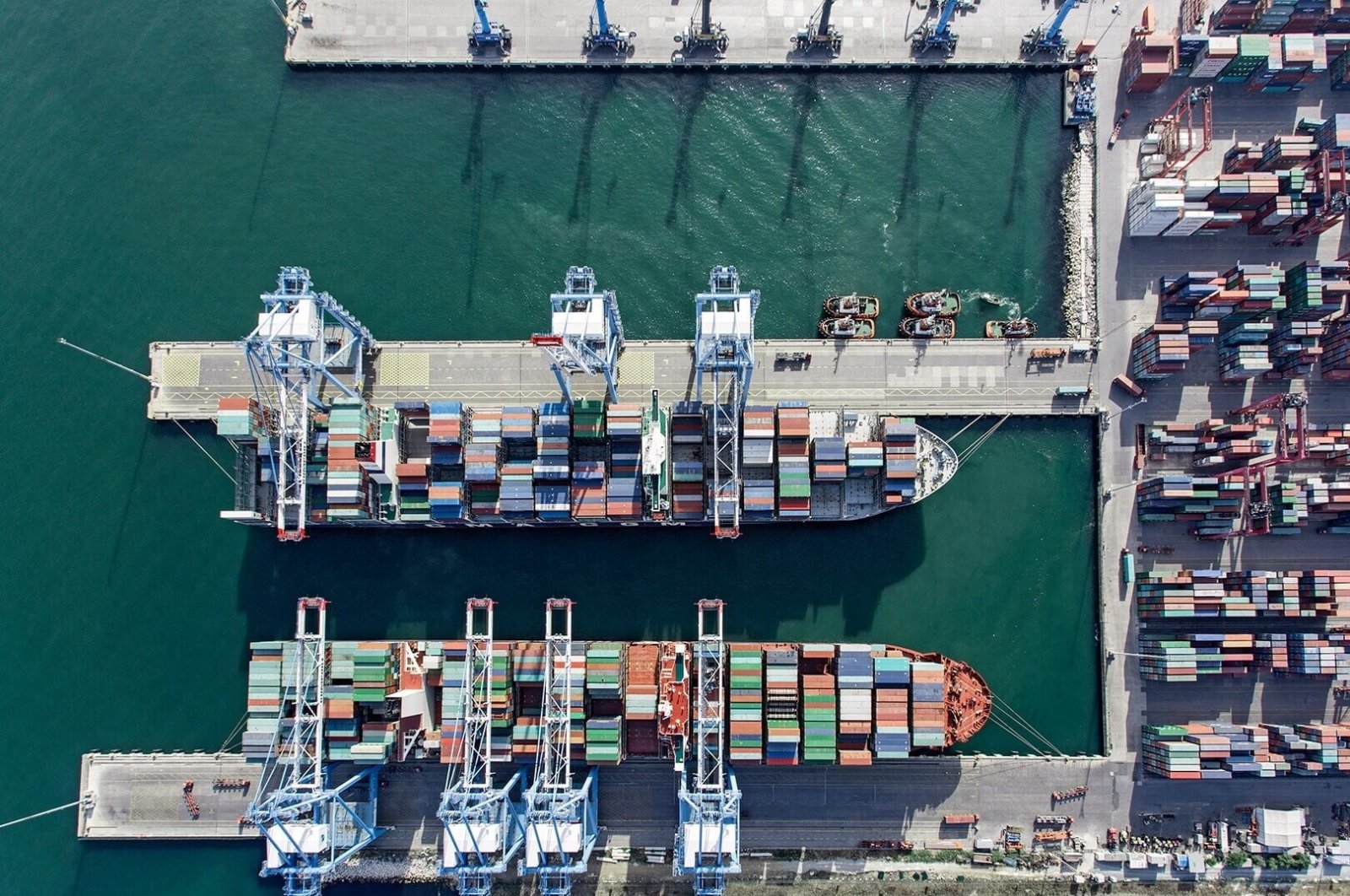 Containers and ships are seen at Kumport, one of Turkey's largest ports, in Istanbul, in this undated file photo. (Courtesy of Kumport)
by DAILY SABAH May 26, 2020 2:54 pm
RECOMMENDED

Although Turkey’s exports to the U.S., which increased by more than 10% in the first quarter of this year, declined during the COVID-19 pandemic that halted world trade, bilateral trade is expected to strengthen again with the cooperation and opportunities to be developed as economies undergo the normalization process.

The foreign trade volume with the U.S., which stayed at an average of $18 billion to $20 billion annually after 2013, increased by 28.8% in the first quarter of this year to $6.1 billion, according to the data of Turkey’s Ministry of Commerce.

However, when the economic effects of the coronavirus pandemic became evident with the figures from April, exports to the U.S. dropped by 20.7% year-on-year, according to data by Turkey Exporters Assembly (TIM), with $595.6 million.

The 10.7% increase in exports in the first quarter, combined with the 20.7% decrease in April due to the COVID-19 outbreak, caused the exports to the country in the first four months of the year to increase by only 0.1% with $2.6 billion.

In the first four months of the year, the sector that made the most exports to the U.S. was the automotive industry with $291.9 million. This sector was followed by defense and aviation with $247.9 million, while chemical materials and products took third place with $224.6 million. The sector that experienced the highest increase in exports in the period in question was tobacco, the export volume of which doubled to $34 million.

Speaking on the developments regarding Turkey-U.S. bilateral economic relations, the Foreign Economic Relations Board’s (DEIK) Turkey-U.S. Business Council (TAIK) Chairman Mehmet Ali Yalçındağ said that bilateral trade, which has stayed at the level of $17 billion in recent years, has increased and broken a record by exceeding $20 billion following Donald Trump’s election as the U.S. president.

Saying that they were already working on developing those relations prior to the coronavirus and were making intensive efforts to increase bilateral trade, Yalçındağ noted that they believe the trade relations between the two countries will grow stronger with the normalization process following the pandemic.

He highlighted that the two planeloads of protective supplies sent to the U.S. by Turkey to fight the virus were seen as a meaningful gesture and elicited a significant response from the U.S., from both members of the State Department and Congress.

“Now is the time to reinforce the climate of cooperation and solidarity,” Yalçındağ added.

Yalçındağ further noted that with the outbreak, “China-dependent firms in the supply chain are now turning their eyes to different countries, Turkey being among them.”

These companies carrying out activities in various sectors no longer maintain supply in the medium and long term and aim to diversify their supply channels, Yalçındağ said, noting that the world's largest retail brand Walmart, which has an annual turnover over $500 billion, is one of the latest examples of this as the retail giant has already begun ordering products such as packaging goods from Turkish firms.

Turkish firms came to the fore in many areas, from building materials to the aerospace industry,” he said, noting that in short, in order to reposition Turkey as an alternative to China “we need to maintain our confidence in the Turkish industry and workforce.”