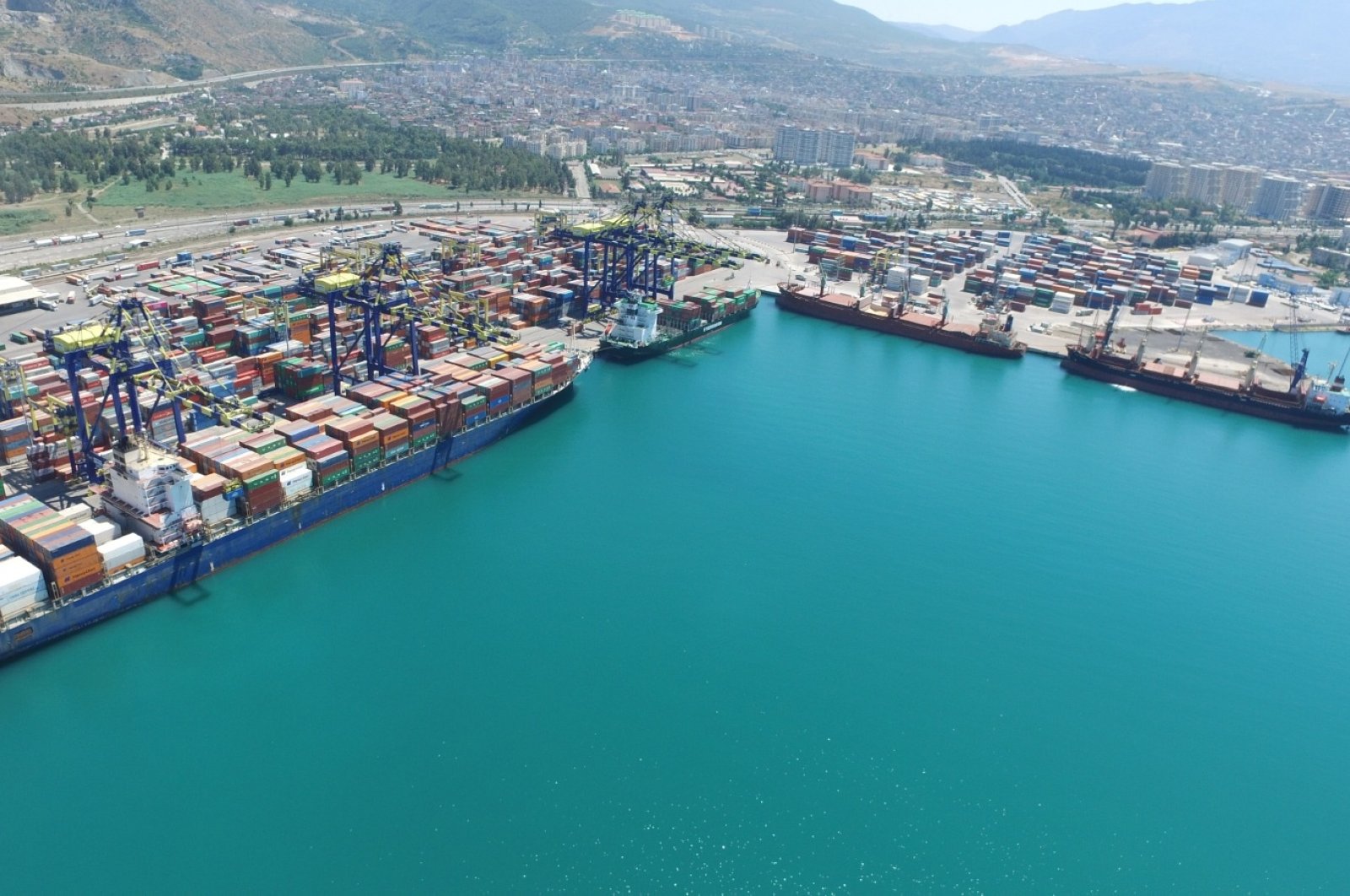 A free trade agreement between Turkey and the U.S. would mutually liberalize trade in certain sectors and give a boost to bilateral ties, Deputy Trade Minister Rıza Tuna Turagay said, as the two NATO allies move toward their $100 billion trade goal

Turkey's bilateral trade and business relations with the U.S. have improved despite the coronavirus pandemic, a senior Turkish official said Thursday.

"The trade volume rose 3.5% on an annual basis during these extraordinary times when countries are struggling to trade with their partners," Deputy Trade Minister Rıza Tuna Turagay said during a webinar on the future of Turkey-U.S. trade relations, organized by the Turkish Heritage Organization.

The $100 billion target in bilateral trade set by the two countries is not politically motivated, he added.

President Recep Tayyip Erdoğan and his American counterpart Donald Trump in June 2019 embraced a goal to increase the bilateral trade goal from $75 billion to $100 billion, which has been reiterated by the two countries' officials on a number of occasions.

Turkey’s exports to the world’s top economy surged by 5.4% year-on-year from January through September of this year to nearly $6.14 billion, up from around $5.83 billion in the same period of last year, according to the Turkish Exporters’ Assembly (TIM) data.

"Despite that we've seen some ups and downs in our bilateral relations, at the and of the day, it is all about trade and commercial relations," said Turagay.

"I believe we must achieve swift progress toward the target. In this sense, boosting networking between our business communities is very valuable," he said.

Turagay noted that a free trade agreement (FTA) between Turkey and the U.S. to mutually liberalize trade in certain sectors would give a healthy boost to bilateral ties.

U.S. Republican Sen. Lindsey Graham in June said Ankara and Washington will have to overcome a series of outstanding impediments for the FTA deal between the two countries to be reached.

In the last couple of years, Turkish-American bilateral ties have seen dramatic fluctuations due to persistent issues including Syria, the S-400 missiles that Ankara purchased from Russia and the extradition of Fetullah Gülen, who masterminded the July 15 coup attempt orchestrated by the Gülenist Terror Group (FETÖ).

Graham said the deal could change the relationship for the better – not just aspiring to have more trade to hit $100 billion, but actually integrating the economies.

Yet according to Turagay, certain issues need to be resolved before reaching such a deal.

"We established the customs union with the EU, so we need to follow the EU's steps. That's one of the constraints," he explained.

Tariffs on Turkish steel products and Turkey's removal from the generalized preferential system program for trade were also considered restrictions by Ankara, he noted.

"So, we have to solve these problems, and the next step would be a free trade agreement," he said.

Meanwhile, U.S. Commerce Secretary Wilbur Ross on Friday said Washington was imposing new tariffs on nearly $2 billion worth of aluminum sheet products from 18 countries, including Turkey, after determining that the goods were being dumped.

In August of the same year, Trump announced he was doubling the Section 232 tariffs to 50% on steel from Turkey amid tensions over a since-freed American pastor Andrew Brunson, who was detained in Turkey on charges of links to FETÖ and the PKK terrorist group.

Ankara had retaliated by implementing equal tariffs on some imported products from the U.S.

Although Ankara tried to discuss the move with Washington, this proved fruitless, and Turkey then applied to the World Trade Organization (WTO).

In July, the U.S. Court of International Trade found Trump's decision on Turkish steel to be unlawful, ruling that the president did not have the authority to make the related legal modifications.

In a video message over its Twitter account, the embassy said the pandemic would long be remembered for the losses it caused in human life and for disrupting the global economy.

In contrast, it added, the pandemic also set the stage for examples of goodwill and created some commercial opportunities.

“This initiative not only saved lives but also directly contributed to two priorities of the United States. By increasing the trade between the United States and Turkey, it brought us closer to our common goal of increasing bilateral trade volume to $100 billion,” the embassy noted.

Turkey provided an alternative to China by adding diversity to the U.S. health sector supply chain, it said, adding, “Strengthening trade ties between the United States and Turkey allows prosperity and opportunities to increase in both countries.”

Responding to the tweet, Presidential Communications Director Fahrettin Altun said Turkey cares about the bilateral trade goal with the U.S.

Altun said in a tweet, referring to the pandemic, "we have extended our hand to help not only the United States, but also many countries of the world, along with our other NATO allies, such as the United Kingdom, Spain and Italy."

“We care about our bilateral trade target of $100 billion with the U.S., and we are doing our part in that,” Altun said.