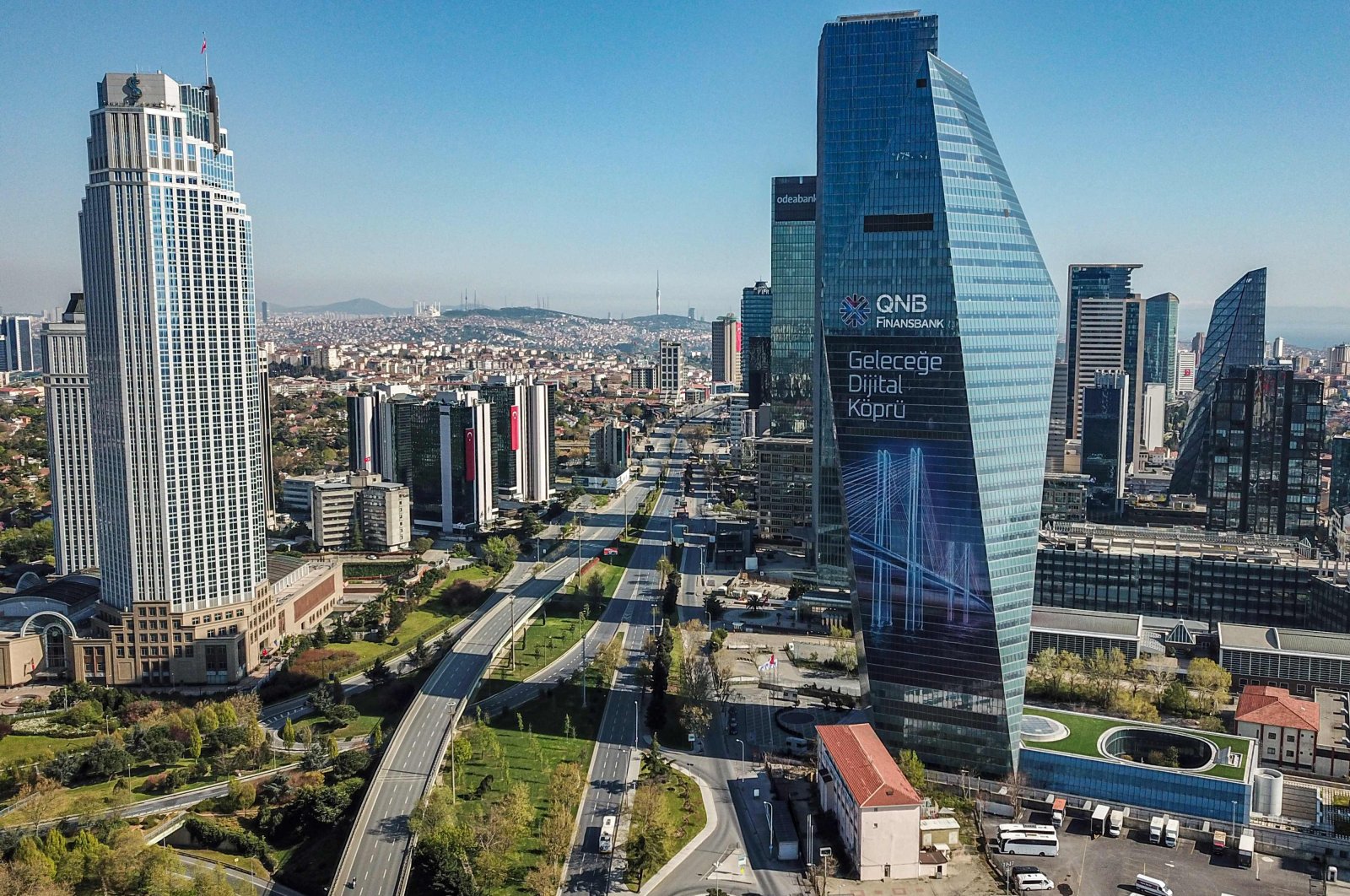 The financial district of Levent in Istanbul, Turkey, is seen in this aerial picture taken on April 25, 2020. (AFP Photo)
by Daily Sabah with Reuters Oct 08, 2020 1:25 pm
RECOMMENDED

The Turkey Wealth Fund (TWF), which oversaw $240 billion in assets last year, expects borrowing will generate up to half of those new funds while $1 billion to $2 billion will come from foreign direct investment, Zafer Sönmez told Reuters.

Sönmez, who took the fund’s reins two years ago, said the investments aim to help Turkey overcome long-running structural challenges such as current-account and savings deficits, and also short-term fallout from the coronavirus pandemic.

“We are focusing domestically on our investments in this period. Within a few years, we will also put into effect foreign investments,” he said in an interview.

Sönmez held executive positions at Malaysia’s sovereign fund Khazanah before taking up his current job in 2018.

The TWF aims to have several foreign offices within five years, including in London and Africa, the first of which will open in China in a year, Sönmez added. “We will have maybe 25%-30% of our assets under management invested overseas, but not today.”

The Turkish economy despite the pandemic has managed to do better than its peers in the second quarter of the year and fared better than forecasted, aided by the government's stimulus campaign.

Turkey’s gross domestic product (GDP) in the April-June period shrank 9.9% from a year earlier after growing 4.4% in the previous three months, but a lockdown brought activity to a near standstill,

Announcing the country’s New Economic Program for the 2021-2023 period late last month, Treasury and Finance Minister Berat Albayrak said Turkey expects its economy to grow by 0.3% this year as it recovers from the impact of the pandemic, but he warned of a 1.5% contraction in the worst-case scenario.

The government set up the fund in 2016 to develop the value of Turkey’s strategic assets and provide investment resources.

The six state-run insurance and pension companies have been merged under a single roof and will continue under Turkey Insurance and Turkey Life Pension, which was launched on Sept. 7.

The TWF’s total holdings in equities amounted to some $33 billion at the end of 2019.

Speaking from the TWF’s headquarters in Istanbul, Sönmez said a feasibility study on a petrochemical plant in Ceyhan in the Mediterranean province of Adana was nearly complete and a final investment decision will come next year.

The CEO said the fund can solve complicated problems that restrain the broader economy. He cited one of the country’s leading GSM operators, Turkcell, in which the TWF is taking a 26.2% controlling stake under a deal described as a chance to resolve long-running shareholder disputes.

The fund in July agreed to buy the controlling stake in Turkcell under a series of agreements with Swedish telecom company Telia divesting its indirect stake for $530 million.

“Even if the private sector is big in Turkey, unfortunately, they have not made some major investments such as in petrochemicals,” Sönmez said. “When we make such investments, an ecosystem will form around it.”