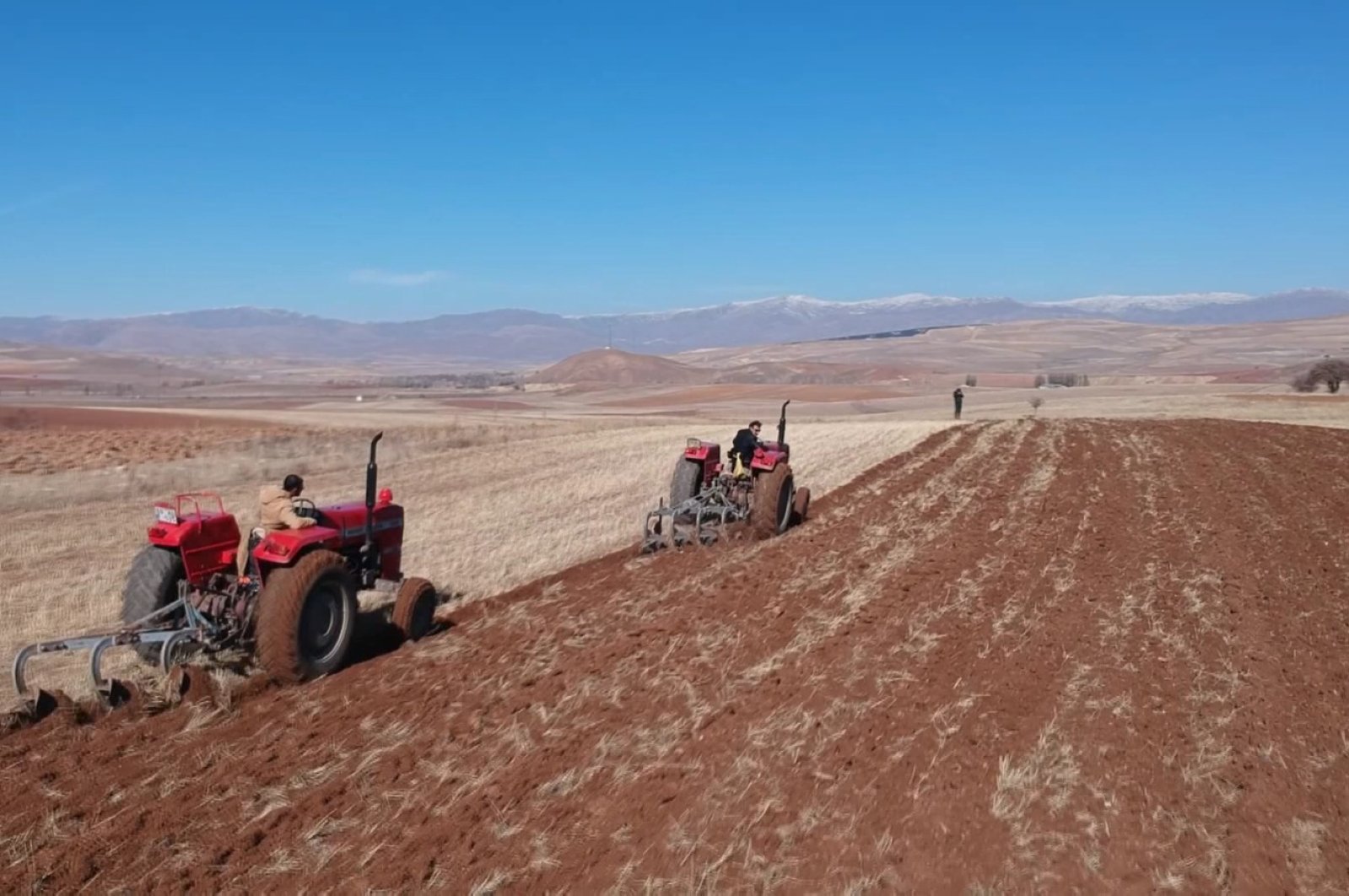 Claims that the novel coronavirus pandemic will cause a food shortage in Turkey are not rational, as the country has no issues with agricultural production, especially of cereals, an agriculture expert said Wednesday.

"Expectations of famine in the next 3-4 years for a country which has planted wheat on 7 million hectares of land before the coronavirus epidemic is unrealistic unless there are unusual climatic factors," he said.

Touching on Russia's suspension of wheat exports as a protectionist measure due to the coronavirus outbreak, Özçatalbaş said Turkey imports wheat from Russia for manufacturing and exporting industrial products such as biscuits, flour, pasta and semolina and not for domestic consumption, including bread.

Turkey, which increased its flour exports twofold and pasta exports more than sixfold in the last decade, is the world's largest flour exporter and second-largest pasta exporter, Özçatalbaş noted.

He said the psychological environment caused by the virus epidemic has affected the agriculture sector as well as other sectors. "As a sector that produces food for human consumption, the importance and indispensability of agriculture were seen," he added.

"Countries panicked by the coronavirus outbreak such as Italy and Spain are having difficulty handling it," he said.

If the pandemic cannot be brought under control, countries with an insufficient labor force will face great difficulties in agricultural production, he noted.

During this period when borders are closed, some countries, including Italy, France and the Netherlands, will find it difficult to hire foreign workers from other countries such as Bulgaria, Romania and Morocco, Özçatalbaş warned.

"Considering the prevalence of the disease, especially in countries that demand foreign workforces, it will not be possible to obtain agricultural labor from outside," he added.

He underlined that this situation may lead to a shrinkage of the agricultural sector, usage of stocks, imports and food safety problems in these countries.

"Turkey has a great advantage because it has its seasonal agricultural workforce, but it does not mean there will be no problems in this area," he said.

He noted that the government should plan an agricultural calendar for seasonal workforces considering labor demand periods.

"The decisions and measures taken by the Agriculture and Forestry Ministry regarding the hygiene, shelter and health services of seasonal and permanent workers and their families were important," he said.

The ministry last month announced plans to ensure the safety and well-being of seasonal workers against COVID-19, including additional hygiene and personal protection products. They include measures for ensuring safety during transportation to agricultural areas and accommodation at the farms.

Özçatalbaş said the government should also introduce additional measures for the agricultural sector such as financial support for farmers and their families to ensure the continuity of agricultural production.

The country’s Agriculture and Forestry Minister Bekir Pakdemirli announced Monday that the ministry will subsidize 75% of seeds for farmers in 21 agricultural provinces across the country in an effort to prevent disruptions or delays during spring planting season amid the outbreak, while also adding that only a quarter of the costs will be covered by farmers.

Pakdemirli said that the ministry conducted studies in designated provinces about the potential for increasing areas for planting to ensure food security during the crisis.

Pakdemirli said the support program aims to increase yields in strategic products such as legumes, cereal and oilseed crops and guide farmers to use plantations more efficiently during the planting season.

The ministry started to distribute seeds of wheat, barley, beans, lentils, corn, sunflowers and rice, which were considered priority products in terms of ensuring food security.

Pakdemirli noted that 6,700 tons of certified seeds will be distributed and 364,000 decares will be planted during the first stage of the program. He added that the ministry estimated the additional yield to be around 80,000 tons and worth more than TL 220 million.

As the coronavirus pandemic halted economic activity across major sectors, the agricultural industry has gained strategic importance with the government working to prevent any disruption in the nation's food supply. The government said last month that no problems are expected in the coming days and months as it has taken all the necessary measures to keep food production going.

In addition to meeting domestic demands, Turkey also increased its agri-exports during the pandemic, especially to the European markets, where food supply chains are facing hurdles due to the lack of foreign labor.