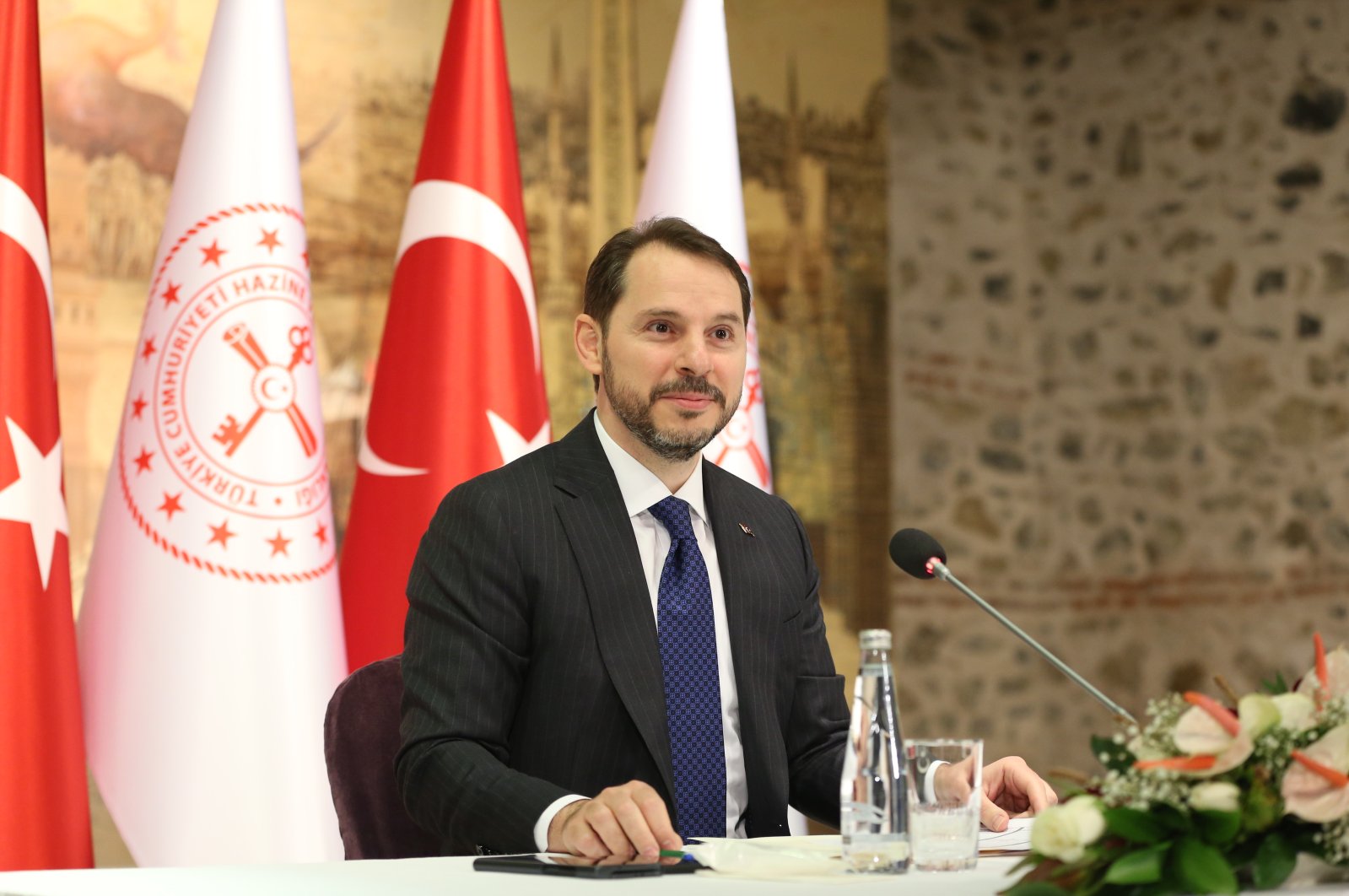 The issue of employment will top Turkey's normalization efforts, Treasury and Finance Minister Albayrak said, noting that works are underway to provide relief to the markets, including a package to support jobs

Amid efforts to revive economic activity and shield employment and sectors affected by the coronavirus pandemic, the Turkish government is working on a comprehensive employment shield package to support jobs, Treasury and Finance Minister Berat Albayrak said Friday.

The matter of employment will top Turkey's normalization efforts, Albayrak told a meeting with journalists in Istanbul.

"For this package, being prepared by the Family, Labor and Social Services Ministry, we also are contributing as much as we can in coordination," Albayrak said. "We're doing work that will provide relief to the markets with a package we can call an employment shield," he added.

The minister's remarks came after media separately reported Ankara could extend a three-month ban on layoffs that were imposed in April to offset shuttered businesses and unemployment in the face of the coronavirus pandemic.

When asked whether the layoff ban and a wage support system would be extended, according to broadcaster CNN Türk, Albayrak said: "We are making efforts to prepare a package that I can call an employment shield."

The bill, ratified by Turkey's parliament in mid-April, aimed at alleviating the effects of the pandemic on economic and social life. Under the bill, employers were barred from laying off workers for a three-month period except in unconscionable situations to protect those lacking job security while mitigating the outbreak’s effects on the economy.

In response to the outbreak, Turkey topped up the wages of employees whose work hours were cut and whose employers applied for the funding.

Any firm forced out of business due to a force majeure, such as the pandemic, can call on the government for help. The total short-term employment allowance the country has provided so far has reached TL 5.1 billion ($750 million) for more than 3 million workers, Vice President Fuat Oktay said Wednesday.

Under the allowance to bail out firms amid the coronavirus lockdown, the government pays 60% of staff salaries for a period of three months within the ranges of TL 1,752 to TL 4,381.

Ankara also pays a daily allowance of TL 39.24 for a period of three months to workers forced to take unpaid leave.

The value of the relief package the government announced in March to cushion the economic fallout from the outbreak has exceeded TL 280 billion so far, Albayrak said.

With the multiplier effect, the size of the bailout package has hit over TL 600 billion, he added.

With new initiatives to accelerate the country's development, Albayrak stressed that Turkey will manage this period in an integrated and balanced way with the legs of exports, domestic market demand and tourism.

The minister said Turkey has left a three-month period behind in which it positively met the challenges posed, in comparison with other developed countries.

"Compared to many countries, Turkey has taken more decisive and rapid steps and action plans in terms of health and economy. We have born the fruits of this. We continue to do so," Albayrak said.

The minister also said the Turkish economy had shown positive growth in the first quarter compared to other nations.

Together with the third and fourth quarters, Albayrak said they thought the country would close the year with positive growth, recalling that Turkey had displayed a more positive performance in 2018 and 2019 despite negative forecasts.

The country's GDP grew 4.5% year-on-year in the January-March period, Turkish Statistical Institute (TurkStat) data showed after the economy showed a growth rate of 6% in the last quarter and nearly 1% in 2019 as a whole.

Turkey rebounded strongly in the fourth quarter of 2019 after three weak quarters, growing 6% year-on-year and nearly 1% over the year as a whole. In the first two quarters, it contracted by 2.3% and 1.6%, respectively, on an annual basis. In 2018, the economy posted an annual growth rate of 2.8%, narrowing in the last quarter.

Albayrak was quoted as saying that Turkey's main priority is not the budget balance "in an environment where economic contractions around the world are being discussed."

He was also quoted as saying that the budget would recover in line with the economy, inflation would fall beginning next month and there would soon be a reversal in the so-called dollarisation trend.

On inflation, Albayrak said the year-end target of 8.5% set in the government's New Economic Program (NEP) announced in September last year could still occur, adding that their reports and the reports by the Central Bank of the Republic of Turkey (CBRT) point to a downward trend as of July.

The country's consumer price inflation climbed more than expected to 11.39% year-on-year in May, according to TurkStat data. May's annual inflation was up from 10.94% in April. Month-on-month, consumer prices rose 1.36% in May.

Separately, the CBRT has been in talks with other countries to establish or expand swap lines. Albayrak said the bank was carrying out "very intense technical work" on the issue.

Last month, Turkey tripled its existing currency swap agreement with Qatar to $15 billion equivalent from $5 billion. The CBRT said the deal with its Qatari counterpart aimed to facilitate bilateral trade in local currencies and support the financial stability of the two countries. Under the facility, swaps are conducted in Turkish lira and Qatari riyal. The first deal worth $3 billion was signed in August 2018 and then raised to $5 billion in November 2019.