Turkey's annual inflation slips to 11.86% in March due to cheap oil 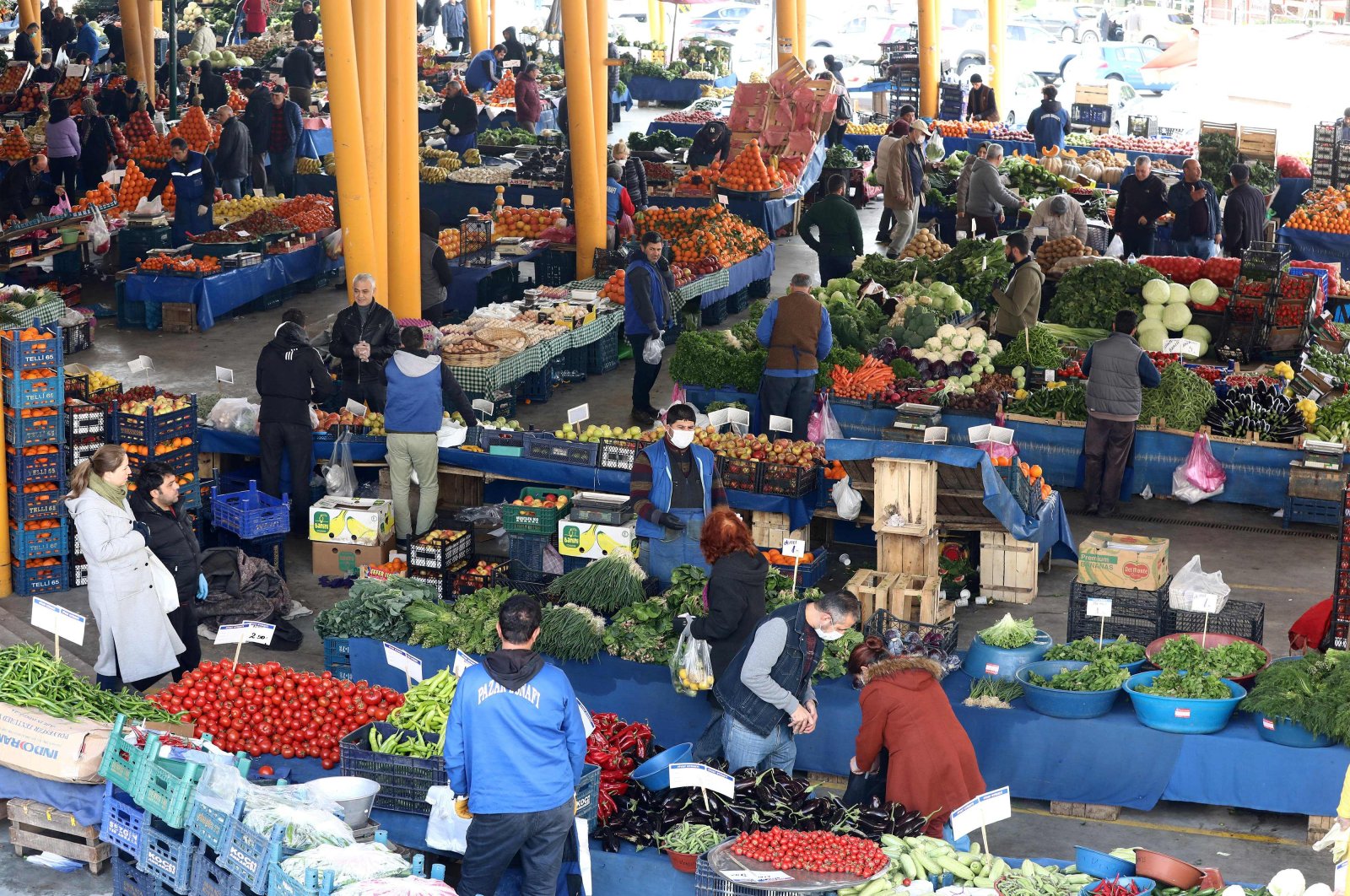 Analysts say the possibility of reaching single-digit inflation in the second half of the year continues when taking into consideration the central bank's guidance, while the decline in oil prices could contribute to this

Turkey’s key inflation rate fell to 11.86% in March as expected, as a drop in global oil prices provided some relief after four consecutive months of rises, the Turkish Statistical Institute (TurkStat) said Friday.

In February, year-over-year consumer price inflation was at 12.37% and it has remained lofty after a decline through much of last year. Turkey is nearly completely dependent on imports to meet its energy needs and a global drop in prices last month led to a 1.91% decline in transportation-related prices.

The coronavirus pandemic is expected to dramatically slow economic activity around the world, which could further ease inflation in the months ahead. On the other hand, a slide in the Turkish lira could keep import prices elevated.

The highest price rise last month was seen in alcoholic beverages and tobacco, surging 40.19% on a yearly basis. Communication registered the lowest annual increase with 2.52% in March.

Food inflation slowed to 10.1% from 10.6% the previous month. The figure is just below the central’s bank’s year-end forecast of 11%. Prices of some vegetables are said to have dropped after goods that couldn’t be exported due to the coronavirus measures were sold in the domestic market.

Overall, inflation was driven by health sector expenses which rose 2.78% month-on-month, while food and nonalcoholic beverage prices were up 1.95%, the data showed.

Inflation was a pressing issue for the economy after it surged to a 15-year high of above 25% in October 2018 but briefly touched single digits last fall, thanks largely to a base effect and tight monetary policy. It has since edged up, remaining around 12% in the past months.

Analysts have said the possibility of reaching single-digit inflation in the second half of the year continues when taking into consideration the central bank's guidance, and the decline in oil prices could contribute to this.

The median estimate of 11 respondents for inflation at year-end was 9.6%, slightly lower than a previous Reuters poll. Forecasts this month ranged between 10.40% and 7.50%. According to an AA survey, year-end inflation is projected to reach 9.12%, with the lowest estimate at 7.5% and the highest at 10%.

The Central Bank of the Republic of Turkey (CBRT), which has slashed interest rates by 1,425 basis points since July 2019, aims for inflation to drop to single digits this year. It predicted that inflation would fall to 8.2% by the end of the year.

The price of Brent oil has fallen to below $25 per barrel from $72 at the beginning of January, leading Turkey to cut petrol prices by TL 1.5 ($0.22) in March, and diesel oil prices by around TL 1.

Commenting on March 2020 figures, Enver Erkan, an economist at a private investment company, Tera Yatırım, said the decline was driven by falling oil prices and lower economic activity due to the coronavirus pandemic.

"These two factors seem to have suppressed the upward effect that will be expected from the depreciation of Turkish Lira in March," Erkan stressed.

He highlighted that booming demand pushed the price of health care services up, adding that the largest decrease was seen in transportation with regard to travel restrictions and falling oil prices due to the effect of the coronavirus.

Considering slashed demand and cost impact by exchange rates, Erkan said: "When we exclude volatile items such as food and energy, the state of core inflation more visibly reflects the increase in the exchange rate."

In the minutes of the March monetary policy meeting, the central bank said the sharp fall in international commodity prices, particularly in crude oil and metal prices, affects the inflation outlook favorably, despite the recent depreciation of the Turkish lira.