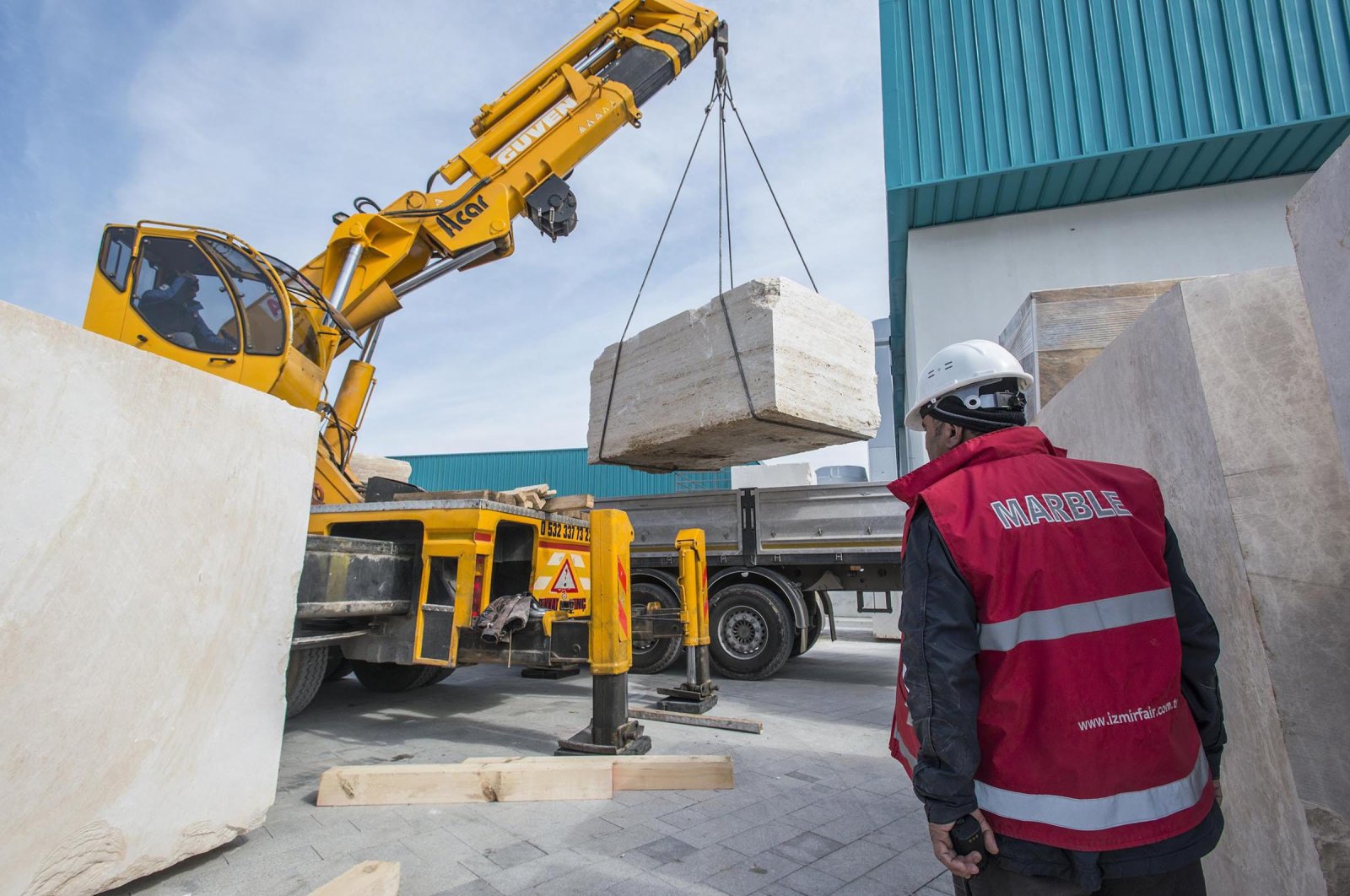 This file photo from 2015 shows preparations for a marble fair in İzmir, Turkey which was postponed this year due to the coronavirus outbreak. (DHA Photo)
by DAILY SABAH Mar 12, 2020 2:27 pm
Edited By Ayşe Betül Bal
RECOMMENDED

The new coronavirus outbreak has had severe effects on Turkey's marble manufacturing and exporting sectors, sector representatives say, while block marble exports to the East Asian country have already dropped by 50%.

Turkish Marble, Natural Stone and Machinery Manufacturers Association (TÜMMER) Chairman İbrahim Alimoğlu said that China is the world’s biggest importer of the marble blocks, thus the emergence of the virus has been affecting business negatively.

“Turkey exported 150,000 tons of block marble to China in February 2019, while the amount decreased to 75,000 tons in February this year,” he noted, adding that Turkey’s marble sector comes third among the natural stone-producing countries after China and Italy.

Turkey’s annual block marble exports to China tally an average of 4 million tons while, if the decline continues, similarly to the volume recorded in February, the sector will experience significant difficulties in exports, like the other block exporters around the world, Alimoğlu told Turkish daily Dünya.

International fairs are also facing postponement or cancellation due to the outbreak, including those related to the marble and natural stone industry.

Alimoğlu noted that there are four prominent fairs in the natural stone industry, namely the Xiamen International Stone Fair in China, Marble İzmir Fair in Turkey, Coverings in the U.S. and Marmomac in Italy. The Chinese fair has already been postponed, Alimoğlu said, noting that they have also decided with a majority vote to postpone the fair in Turkey until June. The decision was made in cooperation with the Health Ministry, he added.

Meanwhile, no postponement decision has yet been announced for the Coverings and Marmomac fairs.