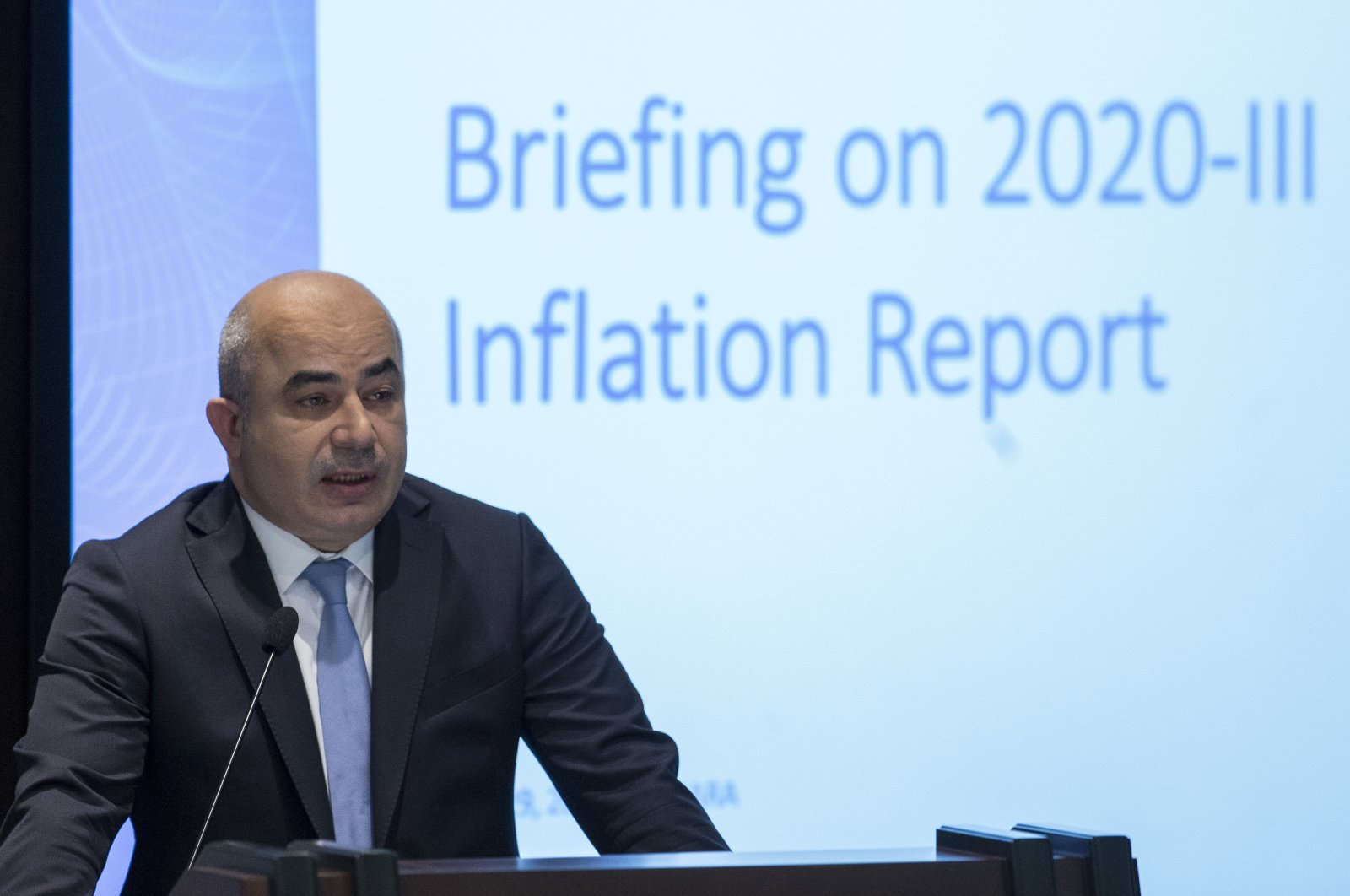 The central bank now forecasts 8.9% year-end inflation, up from 7.4% in its previous quarterly report, assuming there is no second coronavirus wave, while it expects it to dip to 6.2% by the end of 2021

Turkey’s central bank raised its end-year inflation forecast to 8.9% on Wednesday, after three months of price rises throughout the coronavirus pandemic, but its chief remained optimistic that a downtrend would begin as soon as this month.

The 1.5 percentage point increase was driven by an upward revision in oil prices and food inflation projections, said Central Bank of the Republic of Turkey (CBRT) Governor Murat Uysal while presenting the third annual inflation report in the capital Ankara.

The bank had forecast year-end inflation of 7.4% in its previous quarterly report. It also raised its forecast for end-2021 inflation to 6.2%, up from a previous forecast of 5.4% at the briefing, at which Uysal said forecasts assume no second coronavirus wave.

As pandemic-related demand for goods gradually eases and things return to normal, Uysal said, “Inflation will enter a falling trend beginning in July.”

The governor said the bank reversed course and raised the forecast due in part to imports and food prices. A fall in goods and commodities should boost the current account balance, he added.

Inflation climbed more than expected to 12.62% year-on-year in June, official data showed, after it edged up to 11.39% a month earlier. Month-on-month, consumer prices rose 1.13%.

“Even if uncertainties regarding the global economy are taken into account, the second wave (of the coronavirus) will not restrict economic activities as compared with the first,” Uysal said.

The revisions, the governor said, are based on the assumption that there would be no second wave, and the world economy will start recovering.

The revision is also said to be signaling that the bank will not rush to resume interest-rate cuts after it halted an aggressive interest rate-cutting cycle in June and held policy steady this month.

Separately, in minutes of the last week’s Monetary Policy Committee Meeting, the bank Wednesday said the demand-driven disinflationary effects would become more prevalent in the second half of the year “but risks to the end-year projection are considered to be on the upside due to recent realizations in inflation.”

"Despite the restraining effects of aggregate demand conditions, the pandemic-related rise in unit costs has led to an increase in the trends of core inflation indicators," read the statement by the bank.

It said international commodity prices have continued to restrain consumer inflation, while food inflation has risen due to seasonal and pandemic-related effects.

Restrictions imposed to stop the coronavirus are hurting supply chains and driving inflation higher, Uysal said. “Our current monetary-policy stance is in line with the inflation outlook,” he said.

The forecast revision indicates that Turkey’s policy rate, currently at 8.25%, will be negative for the rest of the year when adjusted for inflation.

The pace of economic recovery from the pandemic will depend on normalization steps, Uysal said.

The governor further stressed that in the second quarter of the year, developments regarding the spread of COVID-19 further deepened the weakening of global growth that started in the first quarter.

“Global economic activity has shown signs of a partial recovery in the third quarter due to the easing of measures to contain the pandemic and the gradual normalization steps,” he said. “Indeed, Purchasing Managers’ Index (PMI) data registered a rapid improvement and converged to the critical level of 50 in June, following the start of normalization in many countries as of May and early June.”

The PMI index ended a three-month period of moderation in June, having surged to 53.9, up from 40.9 May, passing above the 50 mark that separates expansion from contraction.

“While the recovery in global growth is expected to continue in the second half of the year, uncertainties on recovery remain high,” the governor noted.

Uysal underscored that despite rising food prices during the pandemic, headline inflation in advanced and emerging economies decreased in the second quarter on the back of weakened global growth outlook and declining crude oil prices.

Due to measures introduced by the central banks of advanced economies and the post-pandemic normalization phase, portfolio flows followed a relatively more positive course in July, he added. “On the back of continued expansionary monetary and fiscal policy steps, capital flows to emerging economies are expected to post some recovery in the second half of 2020,” he said.