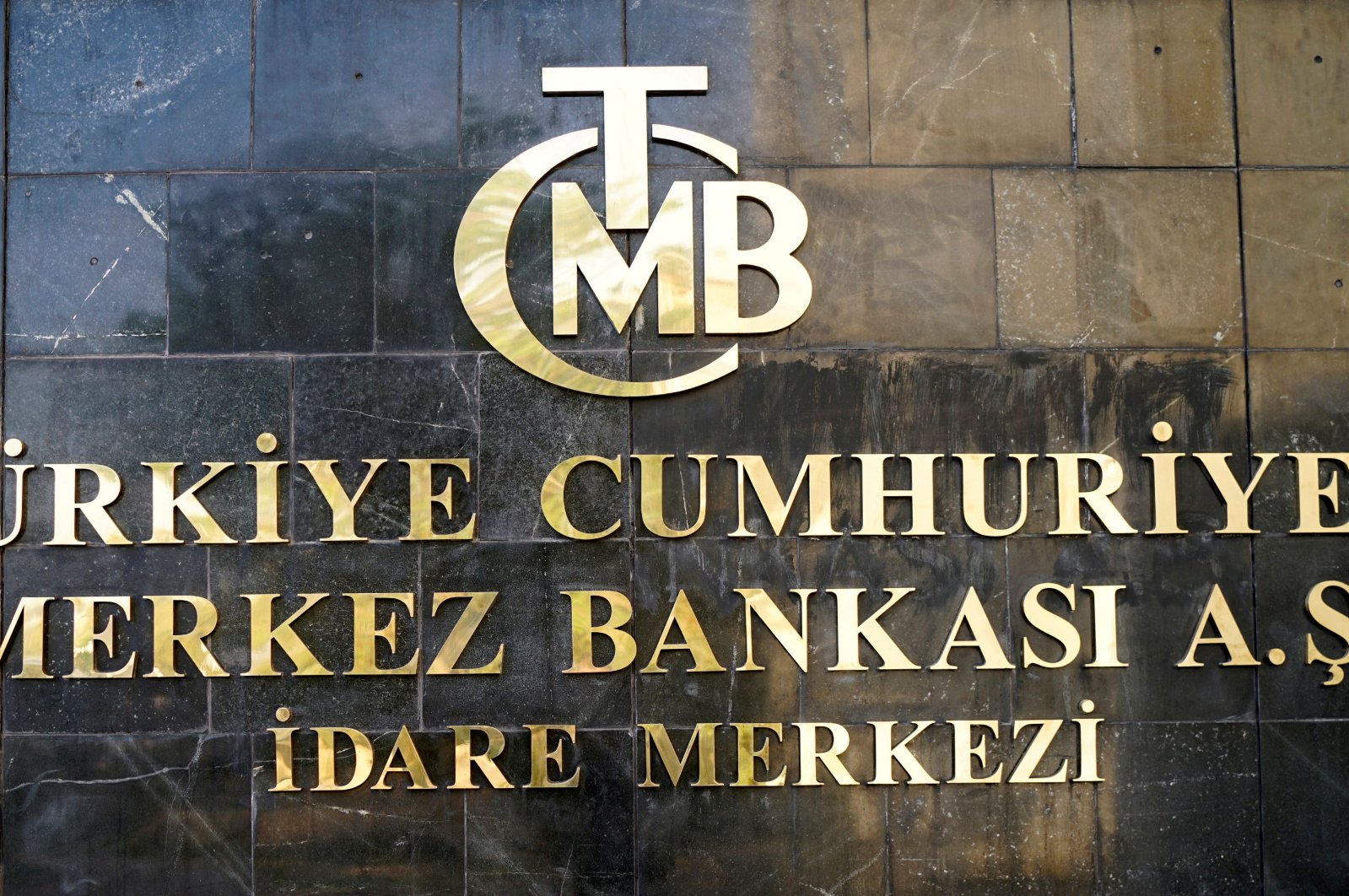 A logo of the Central Bank of the Republic of Turkey is pictured at the entrance of the bank's headquarters in Ankara, Turkey, April 19, 2015. (Reuters Photo)
by Daily Sabah with Wires May 19, 2020 11:54 am
RECOMMENDED

Turkey's central bank is expected to continue its rate-cutting cycle and lower its policy rate for a ninth straight time when its monetary policy committee meets this week, polls showed.

The development comes after the bank just recently trimmed its inflation forecast.

The Central Bank of the Republic of Turkey (CBRT) has cut its benchmark one-week repo rate by 1,525 basis points to 8.75% since July last year in a muscular bid to stimulate the economy and, more recently, to counter the economic downturn brought on by the coronavirus outbreak.

With the COVID-19 outbreak hammering domestic demand, tourism and exports, the bank last month lowered its inflation forecast for end-2020 to 7.4%, from 8.2% earlier, opening the door to more rate cuts.

The median estimate of 10 economists for the policy rate at year-end stood at 8%. Some respondents said the bank would hike rates again by then while others said it would continue the easing cycle, with forecasts ranging between 8.75% and 7.75%.

The central bank has slashed rates by 200 basis points and provided some funding below the policy rate, in order to stimulate the economy since Turkey recorded its first COVID-19 case on March 11.

According to Anadolu Agency (AA) survey, 15 out of 17 economists expected a 50-basis-point drop on average – ranging between 25 and 100 basis points. The remaining two economists predicted no change.

The fifth meeting of the Monetary Policy Committee (MPC) this year will be held on Thursday to announce the bank's decision on interest rates.

ING also expects the bank to continue its easing cycle, with another rate cut of 75 basis points, to 8%, as it said Monday the recent revision to the inflation forecast provides room to deliver.

"Many emerging market economies have reduced their policy interest rates to support growth in recent months, including Turkey, as the CBRT swiftly responded to COVID-19-related developments with a series of measures and maintained its cutting cycle," the bank said.

It noted that the bank would be likely to continue with additional moves given the extent of the pandemic effects. "The current stance complements a policy mix that aims to mitigate the downside risks to growth, and this does not rule out further rate cuts, in our view. Currency developments that could risk price and financial stability will also be closely watched, though a recent recovery in the Turkish lira after decisions by the Banking Regulation and Supervisory Agency should also be encouraging for the CBRT," it added.

The lira, which hit a record low of 7.269 on May 7, strengthened as far as 6.8350 against the dollar on Monday, its strongest level since mid-April.

Plummeting global oil prices have pushed inflation down in import-dependent Turkey, while on the other hand, the lira's depreciation has raised import prices.

"We agree (that) low oil prices and weak demand mute FX pass-through to inflation. Weak demand also curbs producers' ability to pass on cost changes to the headline," he wrote in a client note, adding lockdowns could depress services inflation.

Consumer prices in Turkey dropped to 10.94% year-on-year in April. The annual inflation rate was down from 11.86% in March, the Turkish Statistical Institute (TurkStat) data showed. Month-on-month, consumer prices rose by 0.85% in April.

The central bank expects the rate to fall to 5.4% by the end of 2021 and eventually stabilize at around 5% in the medium term, according to its second quarterly inflation report of the year, announced late last month.

In the meantime, the bank has also executed record bond-buying stimulus including purchasing more than TL 40 billion ($5.8 billion) of government debt since the end of March, half of it from Turkey's Unemployment Insurance Fund.

It held some TL 65.2 billion in bonds as of Friday, compared with TL 19 billion at the end of 2019, and has doubled its effective limit on purchases for the year to 10% of total assets.