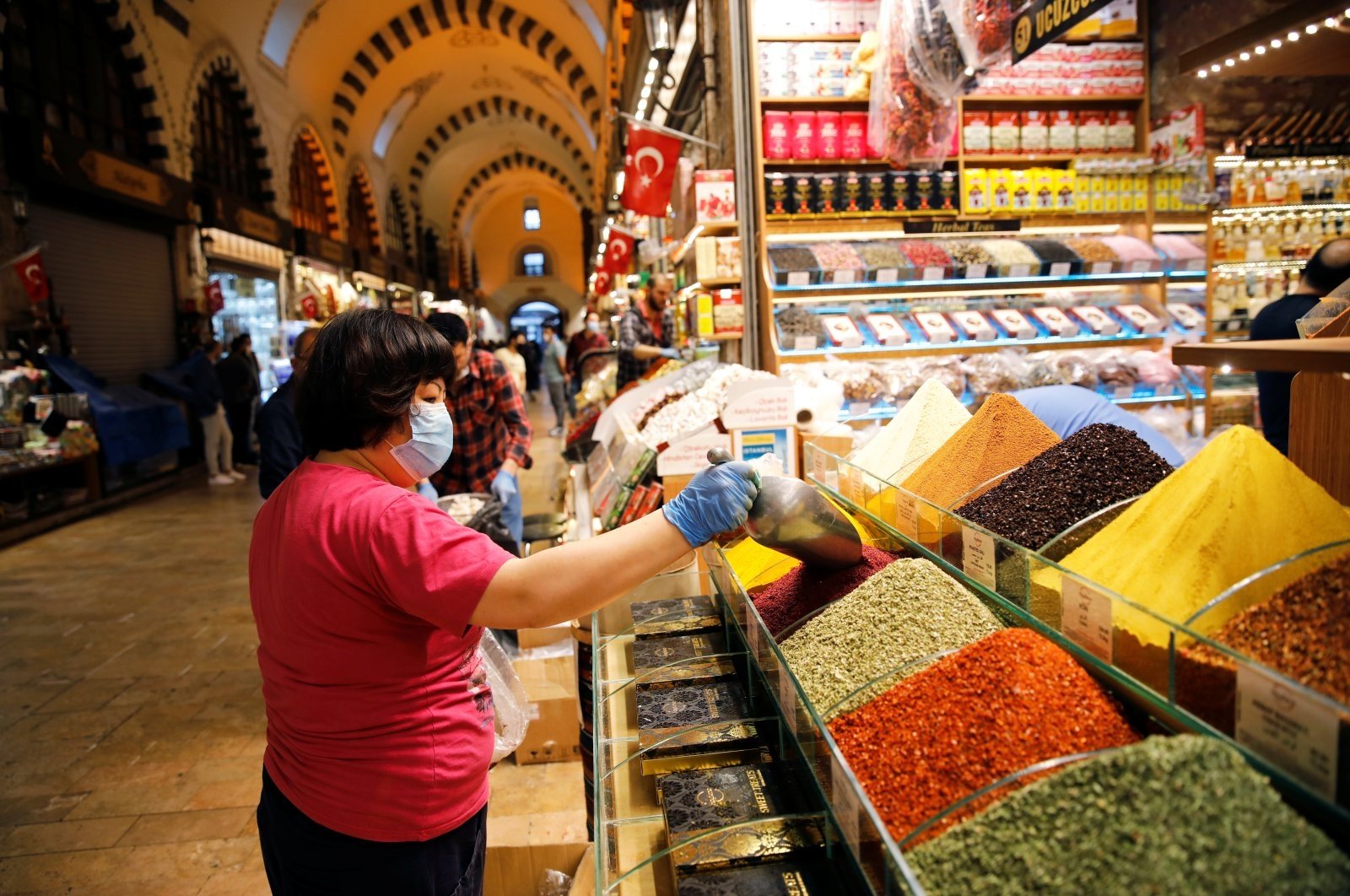 A vendor adds spices at a stall at the spice market, also known as the Egyptian Bazaar, after it reopened following weeks of closure due to the COVID-19 pandemic, Istanbul, Turkey, June 1, 2020. (Reuters Photo)
by DAILY SABAH Oct 22, 2020 10:55 am

The consumer confidence index came in at 81.9 month-on-month in October, TurkStat data showed. Last month, the figure was 82.0.

“The financial situation of the household index at present compared to the last 12 months period, which was 71.8 in September, decreased by 3.3% and became 69.4 in October,” TurkStat said. Meanwhile, the financial situation expectation of the household index in the next 12 months period, which was 79.1 in September, increased by 0.6% to 79.5 in October.

The general economic situation expectation index was announced as 81.4 in October, down by 2.3% month-on-month. It was 83.3 in September.

The index value is jointly calculated by TurkStat and the Central Bank of the Republic of Turkey (CBRT) through measuring consumer tendencies.

Based on nearly 20 economic and financial criteria, consumers’ assessments and expectations for the next 12 months are measured in monthly tendency surveys.