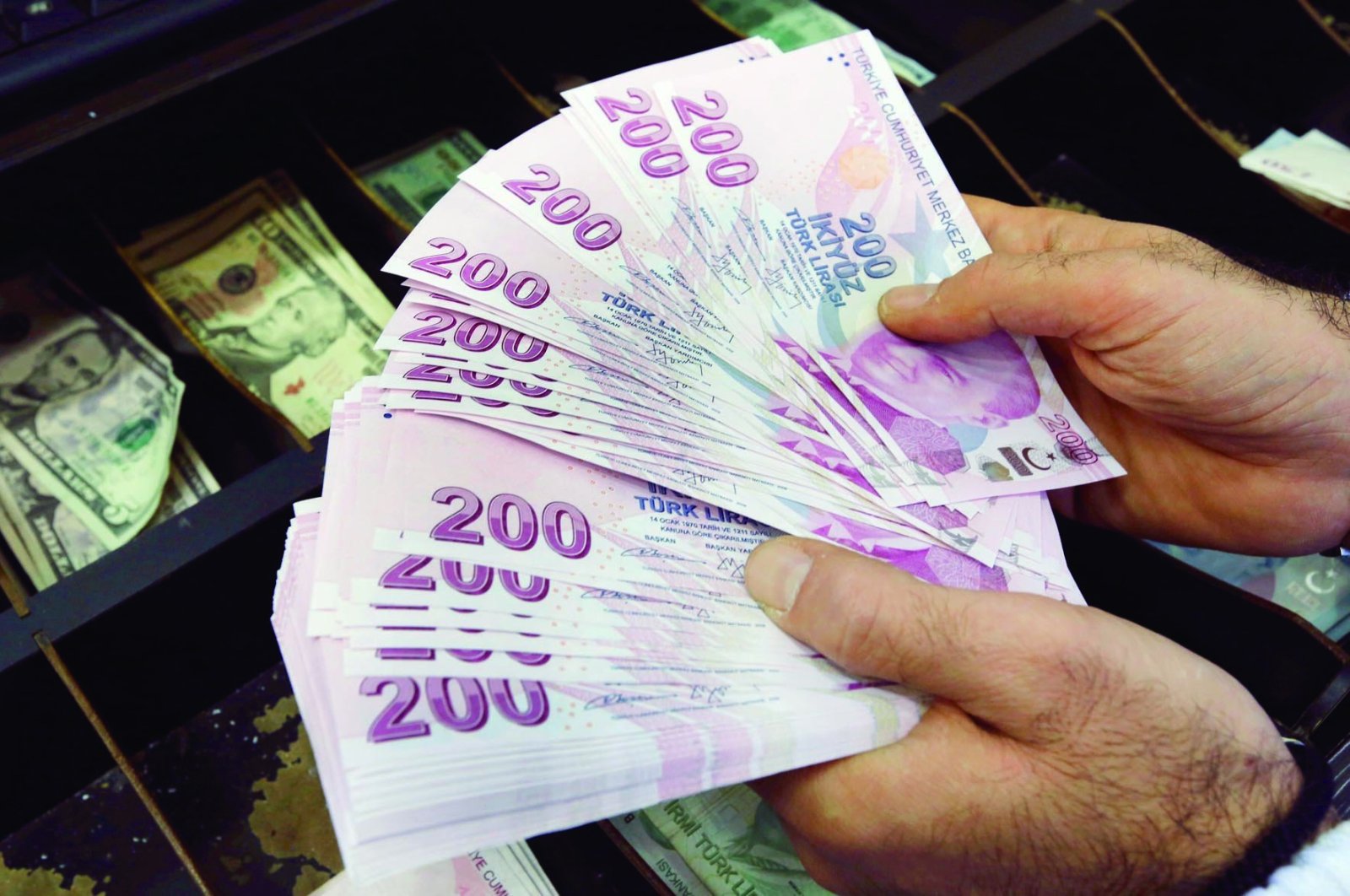 A money changer counts Turkish lira bills at a currency exchange office in Istanbul, Turkey, in this undated photo. (Reuters Photo)
by DAILY SABAH WITH AGENCIES May 13, 2020 1:19 pm
RECOMMENDED

The deficit was $120 million in the same period last year, the Central Bank of the Republic of Turkey (CBRT) said.

Most of Ankara's trade with its main partners in Europe as well as the Middle East halted after the coronavirus started spreading in those regions, leading to a 17.8% drop in exports in March.

Separately, the outbreak also hit tourism, leading to a drop in income from the sector, a main foreign currency earner for Turkey.

Travel items, which constitute a major part of the services account, saw a net inflow of nearly $514 million, down by $529 million year-on-year in March.

"Direct investment recorded a net inflow of $796 million, decreasing by $14 million compared to the same month of the previous year," it added.

An Anadolu Agency (AA) survey Monday showed that economists had estimated the current account balance to see a deficit of $3.6 billion in March.

Despite the rise in March, respondents in a Reuters poll have trimmed their expectations for a deficit at year-end, mainly due to the global drop in oil prices as well as the economic slowdown due to the COVID-19 outbreak. The median for the year-end deficit in the latest Reuters poll was $7.1 billion.

Measures that were taken over the last year and the rebalancing in the economy brought a gradual decline in the annual current account deficit, which dropped from about $52.4 billion on a 12-month basis in May 2018. Last year, the 12-month running current account ended the year in a surplus for the first time since 2001.