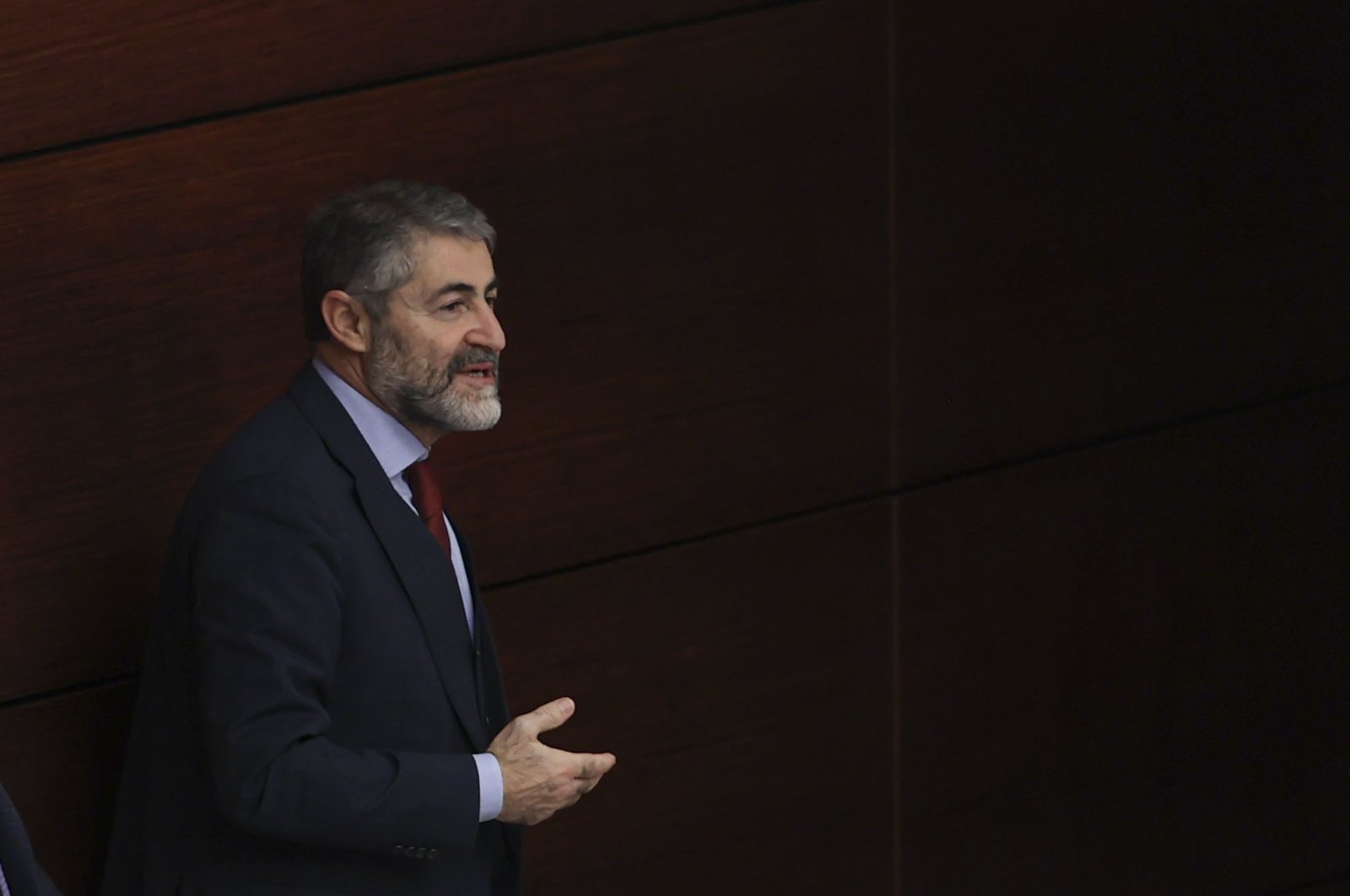 Treasury and Finance Minister Nureddin Nebati is seen during a session at the Turkish Parliament in Ankara on Dec. 24, 2021 (AA Photo)
by Anadolu Agency Dec 24, 2021 12:22 am
RECOMMENDED

"The model is based on high level of exports, lowering the current account deficit and welfare reflected for society as whole," he told NTV channel.

The Treasury and Finance Ministry announced a new measure Tuesday in which Turkey will compensate lira depositors for foreign currency fluctuations while encouraging citizens to move to Turkish lira-based assets.

Under the facility, if the yield remains below the exchange rate difference between the account opening and its maturity dates despite the earned interest, the agency will compensate the depositor.

The new FX-protected Turkish lira deposits tool will be available for individuals who have a lira deposit account with a maturity of three, six, nine or 12 months.

Nebati said the new FX-protected Turkish lira deposits stood around TL 10 billion ($880 million) as of Thursday morning, and that amount continued to increase.

"There were speculations and manipulations in foreign exchange rates until Monday night. (The Turkish lira) will reach its optimal level," he said.

The dollar against the Turkish lira plummeted from 18.36 on Monday to as low as 10.23 on Thursday – a 44.3% decline, according to official data.