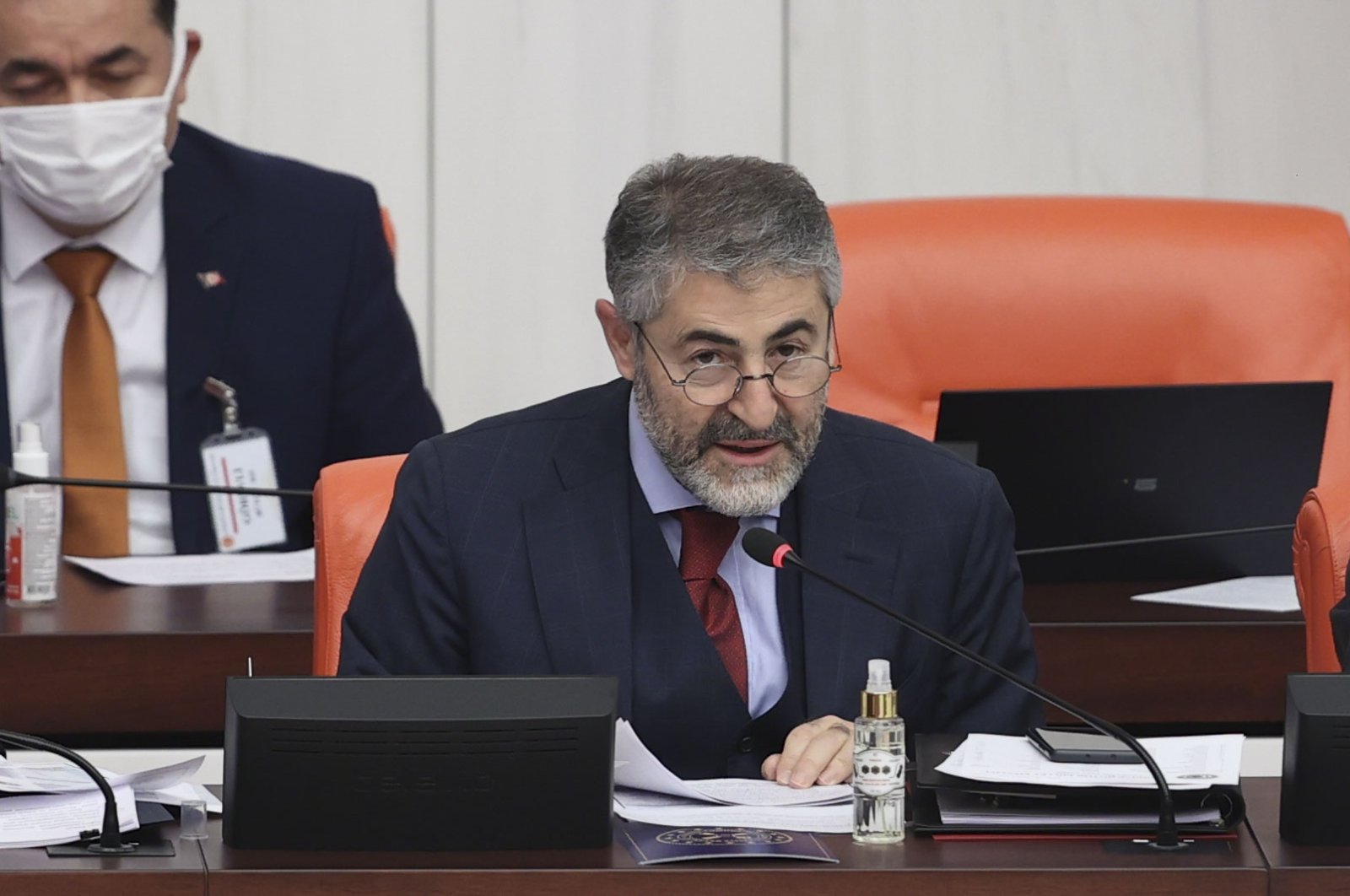 The Turkish lira is moving toward a level where it will find its true balance, Treasury and Finance Minister Nureddin Nebati said Tuesday.

"We have a strong economic model. The basis of our model is high growth and a low current account deficit," he said in a live interview with the TRT Haber news channel.

"Turkey will seize this historic opportunity. We will solve the current account deficit problem through achieving macroeconomic stability and increasing production and exports," he said.

On the high fluctuations in exchange rates seen in recent weeks, he outlined, "Turkey's macroeconomic indicators have no way of pushing the value of the United States dollar against the Turkish lira that high. The Turkish lira is moving toward a level where it will find its true balance."

Nebati's comments came hours after the Treasury and Finance Ministry announced a new measure in which Turkey will compensate lira depositors for foreign currency fluctuations while encouraging citizens to move toward Turkish lira-based assets.

Under the facility, if the yield remains below the exchange rate difference between the account opening balance and its maturity dates despite the earned interest, the Treasury will compensate the depositor. The new FX-protected Turkish lira deposits tool will be available for individuals who have a lira deposit account with a maturity of three, six, nine or 12 months.

The lira steadied on Wednesday and held gains from what is so far its best week in two decades.

"The Treasury and Finance Ministry has worked with the central bank for days, studying alternative scenarios. Even in the worst-case scenario, individuals come out better off," he said.

Nebati said the Turkish government will never back down from its fiscal policy and it will make transparent economic policies and take macroeconomic measures that allow more foreseeability.

He emphasized that Turkey's economy has the ability to rapidly recover from shocks and it has proven that to the world many times in the past.

Turkey's economy posted growth in 2020 despite the coronavirus-related lockdowns throughout the world, Nebati reiterated, noting that he expects the Turkish economy to post a double-digit growth figure this year.