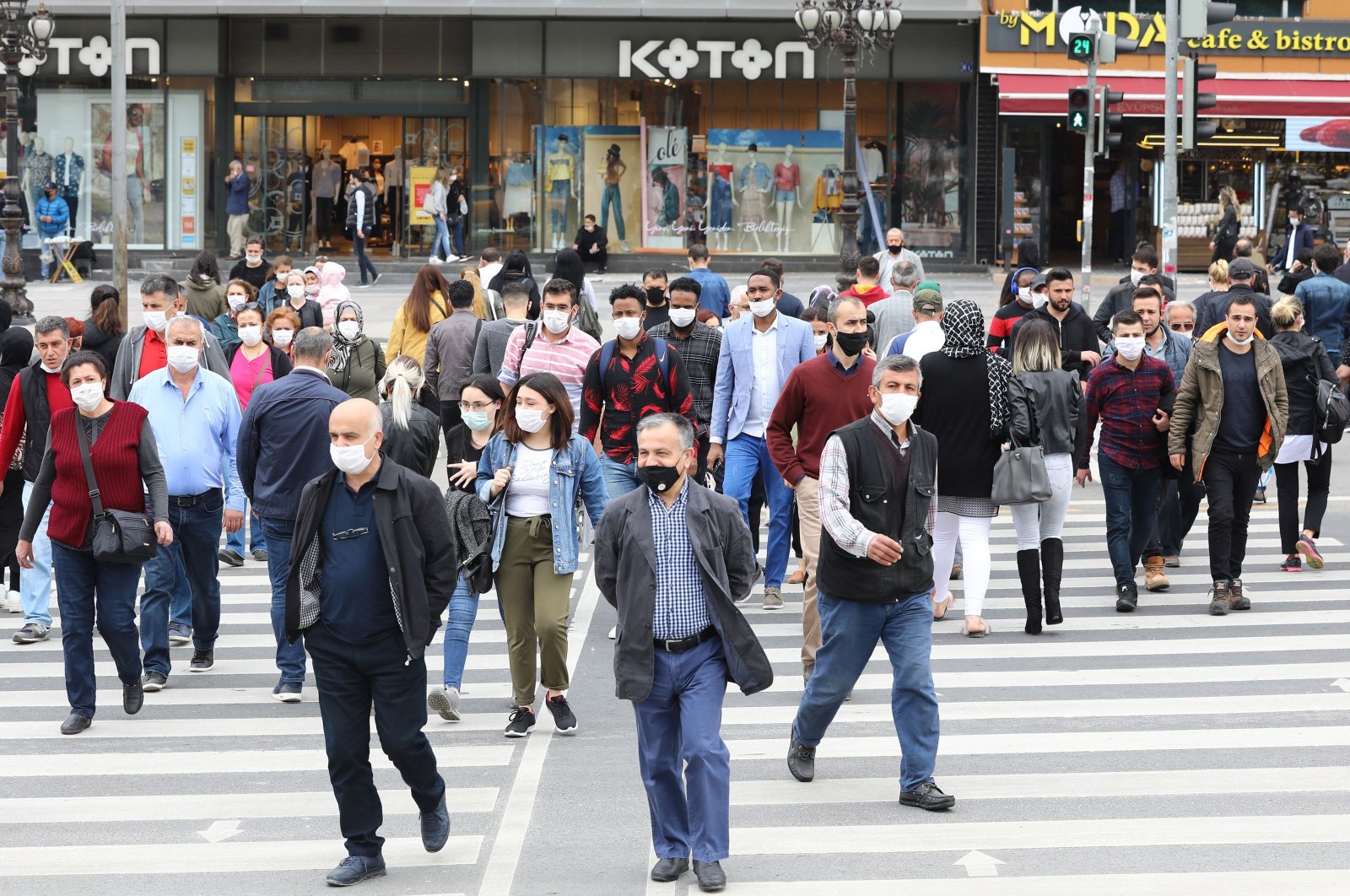 The Turkish authorities’ economic policy response to COVID-19 was swift and comprehensive, the World Bank said, as the available data suggested the country, despite an initial surge in cases, was able to relatively quickly contain the spread and the worst health effects of the virus compared with other countries.

“Preliminary analysis seems to suggest that Turkey’s short-term containment measures and economic support may have helped to balance the health and economic impacts of COVID-19,” the bank said in its “Turkey Economic Monitor: Adjusting the Sails” report released on Tuesday.

As of Tuesday, Turkey reported a total of 243,180 COVID-19 infections and 226,155 recoveries, according to Health Ministry data. The country's death toll from the disease stood at 5,873.

The coronavirus pandemic has claimed over 737,500 lives in 188 countries and regions since it originated in China last December. More than 20.1 million COVID-19 cases have been reported worldwide, with recoveries standing at around 12.4 million, according to figures compiled by the U.S.' Johns Hopkins University.

“Turkey’s pandemic response may offer some lessons,” it noted, adding, however, that continued vigilance is essential to sustain this fragile trend.

“A swift and comprehensive policy response to the pandemic helped to mitigate the worst of the effects, and has set the stage for an earlier recovery, assuming the virus remains under control and policy measures continue to be adjusted to the evolution of the pandemic and developments in the national and global economies,” said Auguste Kouame, World Bank country director for Turkey.

COVID-19 has been an unprecedented global health pandemic that has quickly turned into one of the deepest economic shocks of modern times, the bank said. The jolt to global demand has had negative impacts on Turkey’s trade and financial flows.

These, the report said, combined with necessary containment measures, led to a sudden halt in Turkey’s domestic demand and output over the course of April and May. The country’s witnessed a rebound in June, however, it said there were still effects on private consumption, which tend to be more resilient.

“This may have enabled more targeted measures compared to countries that reacted later, forcing them into more widespread lockdowns,” the bank said.

Targeted measures, in turn, it added, could have helped contain the spread of the virus, mortality rates and perhaps even some of the decline in economic activity. “Lessons from other countries suggest that health, social distancing and some mobility measures should be maintained to prevent the risks of a second wave,” it noted.

The economic impact of the COVID-19 has understandably derailed the re-balancing in Turkey, the report noted. It said that by the second half of 2019, the economy had started to gradually recover from the fluctuations in mid-2018, adding that inflation moderated and external balances narrowed.

According to the Central Bank of the Republic of Turkey (CBRT) data, which was revised in January as part of the bank’s new calculation method, the current account surplus amounted to $8 billion in 2019.

The annual current account deficit had amounted to about $52.4 billion on a 12-month basis in May 2018.

The annualized surplus of 1.1% of the gross domestic product (GDP) in the fourth quarter of 2019 declined to 0.2% of GDP by the first quarter of 2020, the World Bank’s report said, adding that the current account was projected to have dropped further to an estimated deficit of 1.6% in the second quarter.

“Though exports rebounded in June, the decline in tourism receipts and ongoing global mobility restrictions have maintained a wedge in the current account,” the bank said.

Among others, the report highlighted that the country’s manufacturing showed signs of a rebound in June – reflective of a base effect from nearly three months of closure – but services have remained relatively muted.

The bank said the country’s manufacturing rebounded in June with the easing of containment measures and buoyed by supportive monetary policy.

The headline Purchasing Managers’ Index (PMI) for manufacturing grew to 53.9 in June, then surged to 56.9 in July, recording its highest reading since February 2011, according to the survey data from the Istanbul Chamber of Industry (ISO) and IHS Markit.

Economic support from the government helped to keep businesses afloat, which implemented 10 workhour and wage reductions, the report noted, adding that by June, when restrictions were lifted, two-thirds of enterprises reopened their doors.

The government in mid-March announced a relief package – Economic Stability Shield – that slashed taxes for hard-hit sectors and unlocked funding for workers. As part of measures to support businesses, the country postponed debt payments and reduced the tax burden on various sectors.

The value of the scheme has so far exceeded TL 280 billion (nearly $41 billion), Treasury and Finance Minister Berat Albayrak said. With the multiplier effect, the size of the bailout has hit over TL 600 billion, he added.

Turkey’s economic policy package included various fiscal, monetary and financial measures. The bank said on the fiscal policy, the country confronted the COVID-19 with more fiscal space to respond than many peer countries.

Overall, the report highlighted, the authorities’ fiscal response has been in line with targeted support rather than a general stimulus, which would have been less effective given depressed demand and supply conditions.

“A large part of the expansion in credit has gone into previously underserved segments and some of the worse affected sectors of the economy,” the report noted.

Looking ahead, the World Bank said the global economy and Turkey will face a difficult 2020 followed by a rebound in 2021. It said the economy is projected to contract by 3.8% this year in the baseline scenario.

Turkey, meanwhile, in the first quarter of 2020 posted a growth rate of 4.5%, by far the best among the European Union, G-20 nations and the Organisation for Economic Co-operation and Development (OECD) countries.

The economy had grown 6% year-on-year in the fourth quarter and nearly 1% in 2019 as a whole, beating expectations and rebounding strongly from the turbulent period it endured since the second half of 2018.

In its latest Global Economic Prospects report, the bank said the pandemic inflicted a "swift and massive shock" that has caused the broadest collapse of the global economy since 1870 despite unprecedented government support.

It said the world economy is expected to contract by 5.2% this year – the worst recession since 1945-46 as World War II spending dried up – but the sheer number of countries suffering economic losses means the scale of the downturn is worse than any crisis in the last 150 years.

On the other hand, the International Monetary Fund (IMF) forecast that business closures and lockdowns to slow the spread of the virus would throw the world into the deepest recession since the 1930s Great Depression, with gross domestic product (GDP) output shrinking 3% in 2020.