Turkey's exports down over 41%, imports fall by 28% amid pandemic 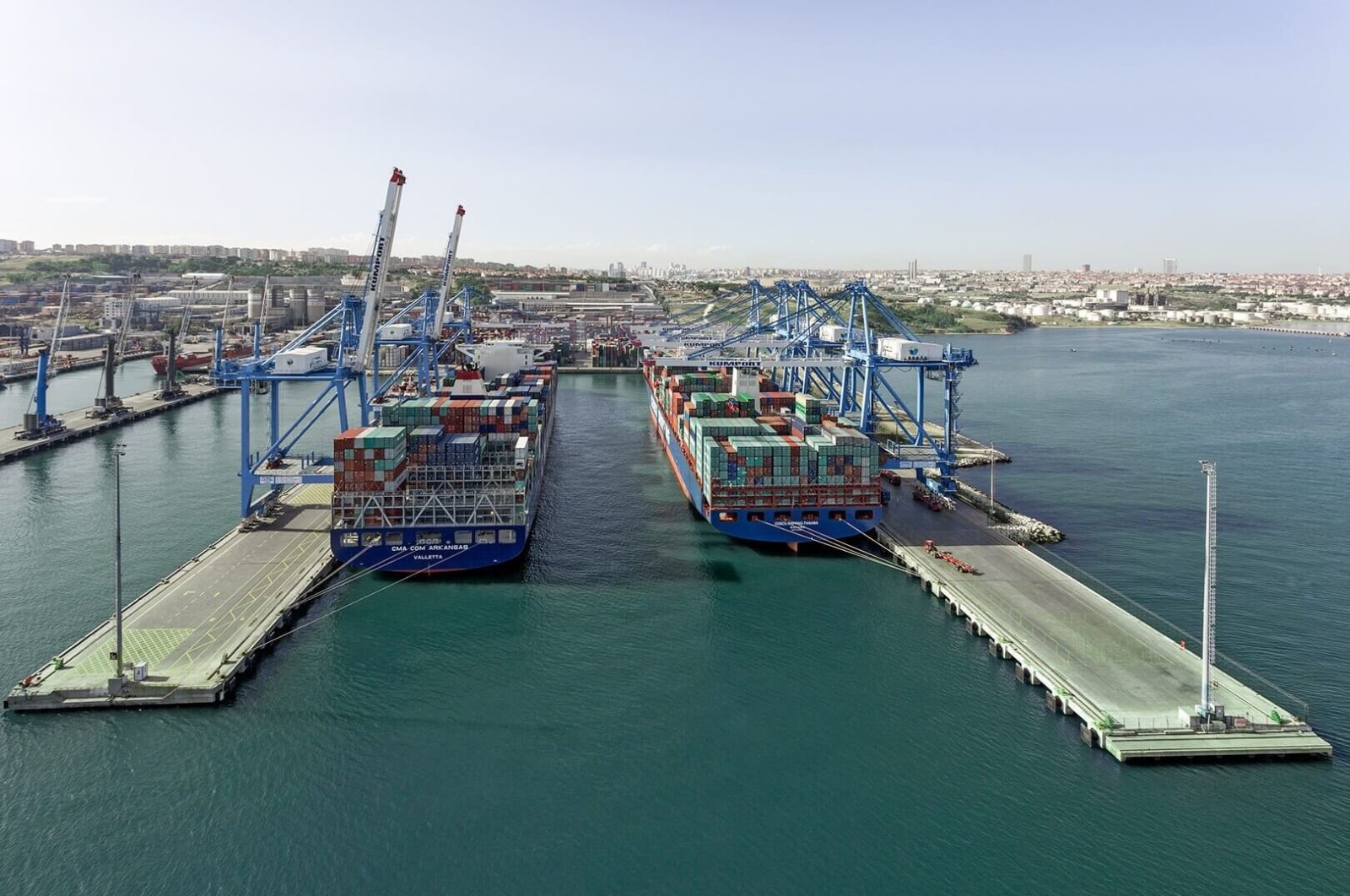 Containers and ships are seen at Kumport, one of Turkey's largest ports, Istanbul, in this undated file photo. (Courtesy of Kumport)
by DAILY SABAH WITH AA May 04, 2020 3:26 pm
RECOMMENDED

Turkey's exports and imports have both been negatively affected by the coronavirus, with a marked decline observed over the course of April.

Exports dropped by 41.38% year-on-year to $9 billion over the month, according to preliminary Trade Ministry data released Monday.

The country's foreign trade volume diminished by 34.31% year-on-year to $21.9 billion in April, the data showed.

The ministry statement blamed the country's export volume on the fallout caused by the novel coronavirus pandemic over the month.

The data also showed that the exports-to-imports coverage ratio in April was 69.4%, down from 84.9% in the same month last year.

Border quarantine restrictions, as well as a market and demand shrinkage in European Union countries, were the main culprits of the decline in exports over April, the statement said.

The head of the Turkish Exporters' Assembly, İsmail Gülle, stressed that exports to 53 countries had increased last month "despite the negative outlook in global trade."

The top export markets for Turkish products were Germany with $862 million, the U.S. with $606 million and Iraq with $564 million, he said in a written statement.

Exports to the EU, Turkey's main trading partner, totaled $3.7 billion, losing a 41.6% share in the country's total exports, he added.

Gülle underlined that the chemical products sector made the most exports in April, making foreign sales worth nearly $1.3 billion.

This was followed by the steel and electrical industries, with exports totaling nearly $903.1 million and $620.6 million, respectively, he said.

Emphasizing that agriculture had been the least-affected sector by the demand shocks caused by the global outbreak, Gülle said: "This process is important, especially in terms of reminding us how strategic the food and medical products sectors are. In this case, Turkey has shown how critical its role is in the supply chain."

He noted that the country had also been capable of providing medical supplies to many countries around the world.

Gülle expressed thanks for the mobilization of face masks producers in the country, which managed to increase daily output from 1 million masks to more than 15 million.

"However, we do not consider this sufficient – we always focus on benefiting our country with the vast experience and production capabilities of our manufacturing exporters," he noted.

"We are close to our target of increasing our mask production capacity to 50 million per day and 1.5 billion on a monthly basis," he added.