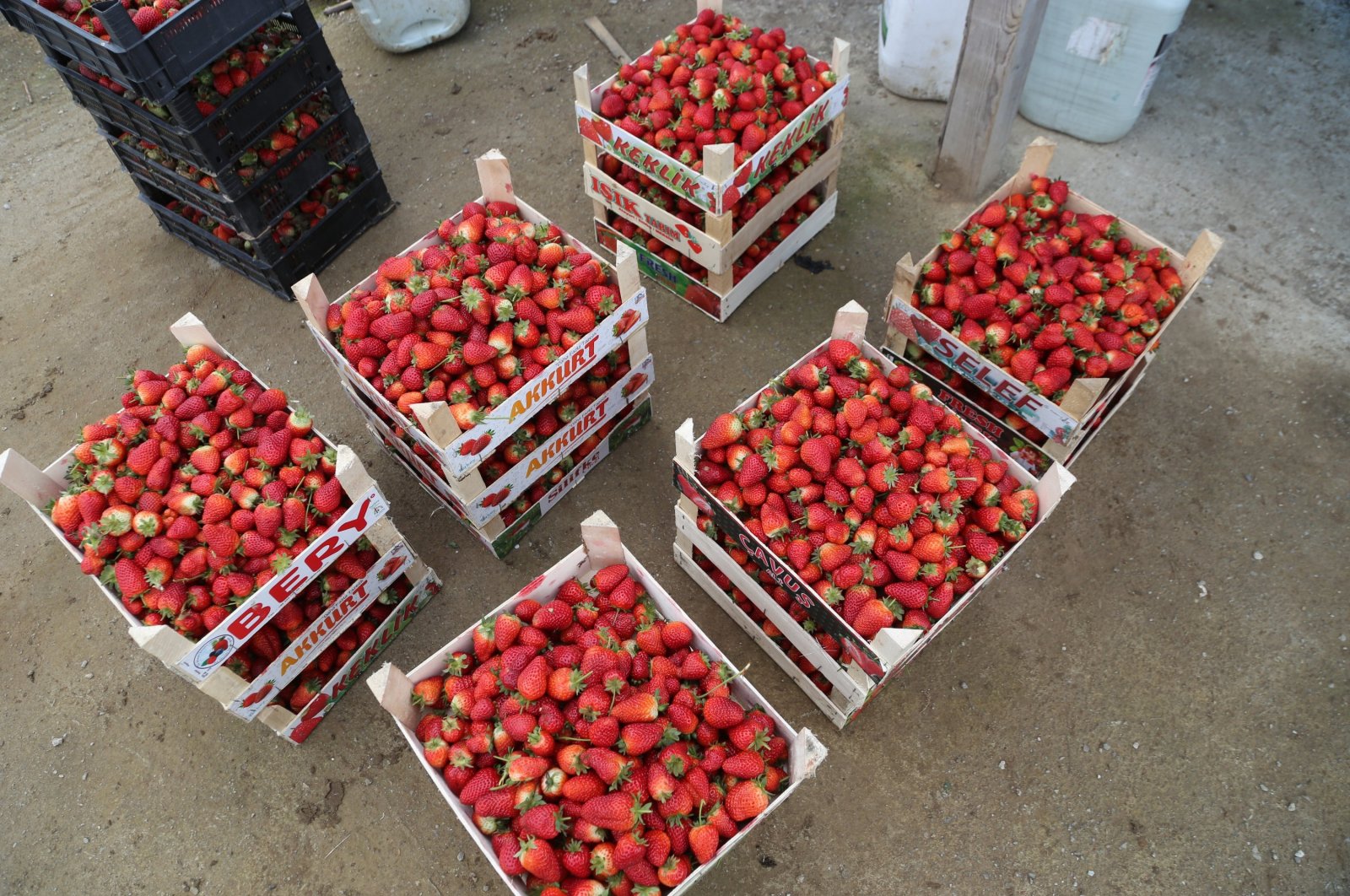 Turkey's fresh fruit and vegetable exports exceeded the $3 billion (TL 25.88 billion) threshold over the last 12 months, according to official data.

The exports were worth $1.3 billion in the January-July period of 2020. In the same period of this year, with the increasing demand, exports surged by 20% and reached $1.6 billion, an Anadolu Agency (AA) report said Sunday, citing data from the Association of Aegean Exporters (EIB).

The traditional market of the sector, Russia, again took the lion’s share in exports. Exports worth $527 million were sent to the country.

Germany followed with $186 million and Romania with $141 million in fresh fruits and vegetable imports from Turkey.

On a product basis, tomatoes ranked first with $220 million worth sold abroad, while $183 million of cherries and $148 million of lemons were exported in the said period.

Hayrettin Uçak, the chairperson of the Aegean Fresh Fruit and Vegetable Exporters Association told AA that the harvesting of Turkey's leading fresh fruit and vegetable exports was accelerated with the coming of the summer months.

Noting that cherry harvesting continues at high altitudes, Uçak stated that they send fresh cherries to more than 50 countries, to Europe in particular.

Pointing out that the export of fresh figs and fresh grapes continues without slowing thanks to the high demand, Uçak also said that the peach harvest in the Aegean region, meanwhile, is coming to an end.

Saying that citrus fruits, one of Turkey's leading export products, will begin to be harvested in the autumn, the sector representative said: "Even though our climate-related citrus yield is low, we aim to increase the export value per kilogram by keeping the price up.”

We will make efforts to protect our producers, he said.

The sector’s exports which were $2.5 billion from July 31, 2019, to Aug. 1, 2020, increased to $3 billion in the same period this year, he said, noting: "This is a record on an annual basis. We anticipate that the increase in exports will continue with our harvested and future products.

“We aim to set a new record at the end of this year,” he said.

Turkey exports fresh fruits and vegetables to a total of 150 countries.