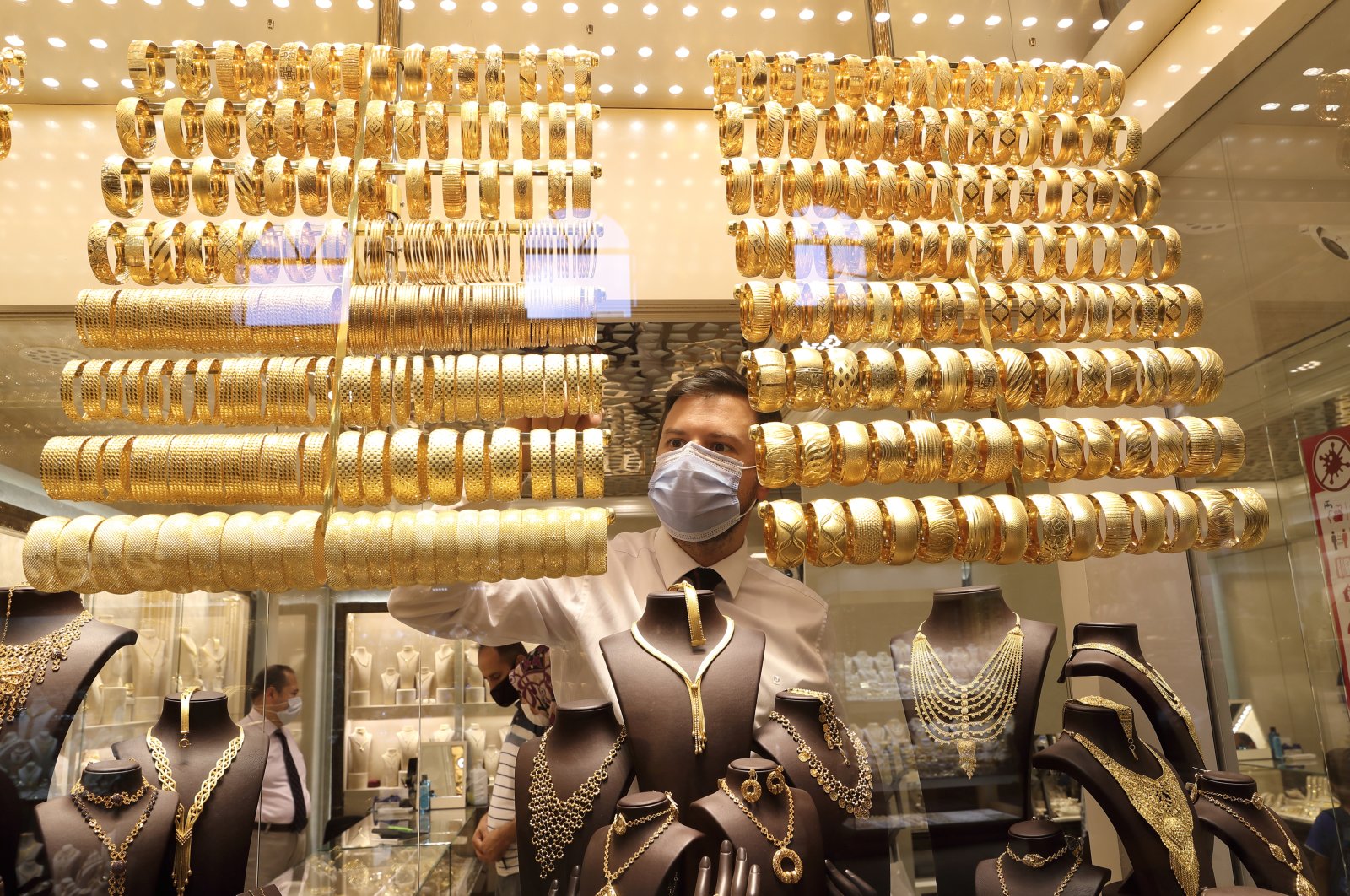 Turkey’s gold production in 2020 reached the highest level in the history of the republic, Energy and Natural Resources Minister Fatih Dönmez announced Thursday.

A total of 42 metric tons of gold were produced last year, Dönmez told a meeting with the Turkish Gold Miners Association (AMD) at the ministry in the capital Ankara.

The record supersedes the last high set in 2019 when 38 metric tons of gold were produced.

Turkey to date has invested $6 billion in the gold sector, which currently employs 13,200 people, the minister said.

Turkey started gold production in 2001 with a modest 1.4 tons. That level climbed steadily to reach a then-record high of 33.5 tons in 2013 when around 7,500 people were employed in the sector.

Dönmez said that over the past 20 years, 382 tons of gold have been produced, helping Turkey obtain tax revenues equivalent to 76 tons of gold.

The association said Turkey produced nearly 340 tons of gold between 2001 and 2019, but based on scientific studies, potential reserves total 6,500 tons, from which 1,500 tons have been extracted so far, according to the association.

Nonetheless, the minister highlighted the huge savings that could be made in gold imports, which last year showed a year-on-year 123% increase to $25.2 billion.

This, he said, could be achieved through Turkey producing the equivalent of half of its gold imports while ensuring that $12.5 billion would stay in the country.

A total of 18 gold mines are in production in Turkey, while 20 new projects are awaiting investment.

“Hopefully when these projects are realized, our gold production will reach 100 tons. Our target is to meet our gold needs from local sources, considerably decrease the gold-related current deficit (imports) and increase employment in this field,” he said.

Turkey last month announced that around 3.5 million troy ounces of gold reserves were detected in the Söğüt gold mine of the Turkish Agricultural Credit Cooperatives’ subsidiary Gübretaş in the northwestern province of Bilecik.

The reserves are estimated to be worth around $6 billion at current prices, Turkish Agricultural Credit Cooperatives General Manager and Gübretaş Chairperson Fahrettin Poyraz said.

As part of the gold exploration process, Gübretaş established a mining unit in April. Of the two deposits found at the Söğüt mine, 1.92 million ounces of gold are proven reserves, while a return of 83% is projected for the remaining 1.6 million ounces, Poyraz said.

Gübretaş estimates there will be about $400 million in investment costs, and talks with domestic and foreign firms on the company’s financing needs will begin in the coming days, he told Bloomberg late last month. He said they have decided to extract the gold themselves and set a two-year target to bring value to the economy.

The mine has an average ore-grade of 8.6 grams per ton, making the project a “high-profit” one, according to Poyraz. The discovery also means Gübretaş will need to employ an additional 1,000 people, he said.