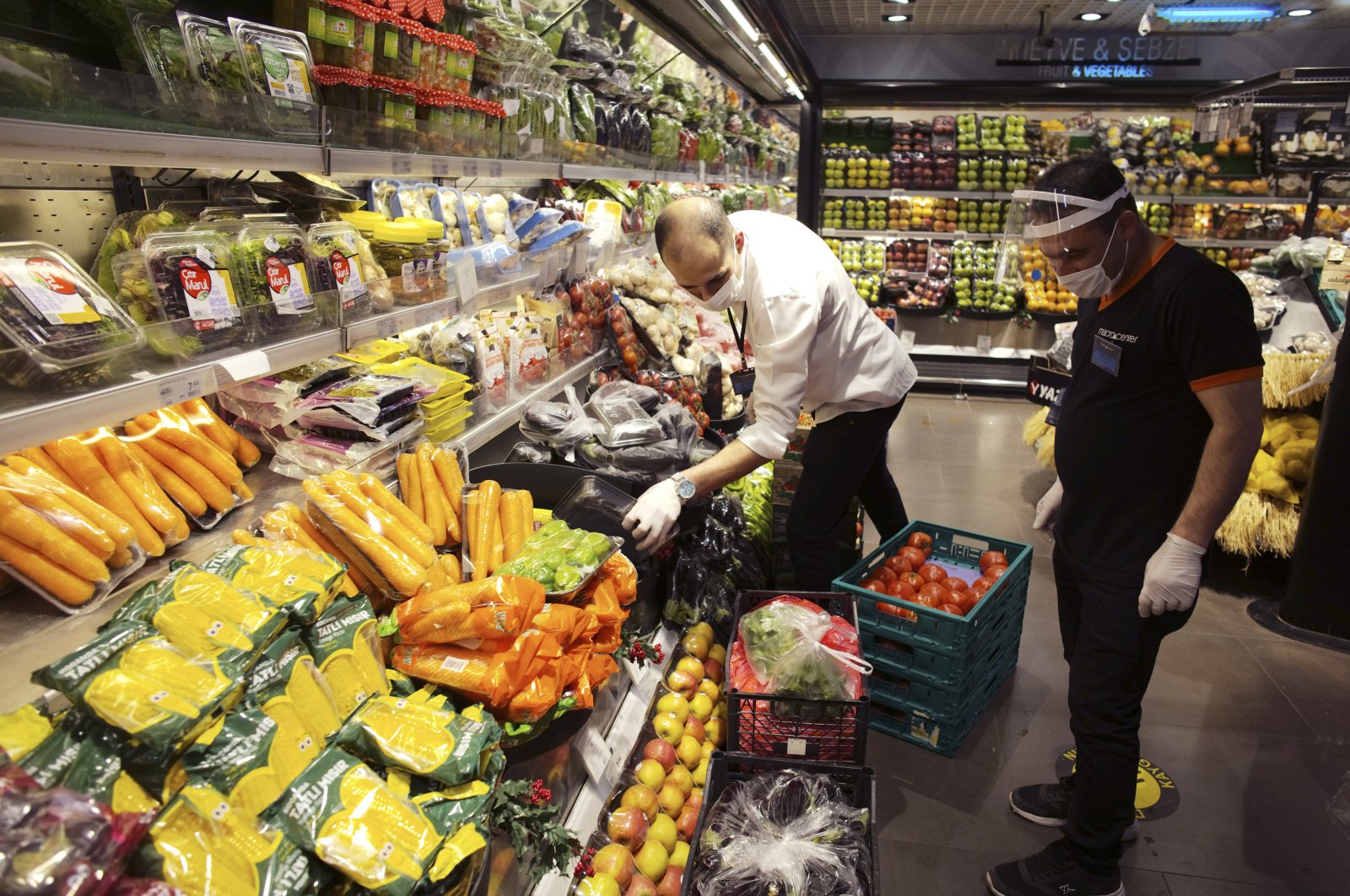 People wearing face masks to protect against the coronavirus shop for food at a grocery store, Ankara, Turkey, May 22, 2020. (AP Photo)
by Daily Sabah with Wires Jul 03, 2020 12:33 pm
RECOMMENDED

The producer price index rose 0.69% month-on-month in June for an annual rise of 6.17%, the data showed.

Increases in food, alcohol, housing and health prices drove up the annual figure last month, as the Turkish economy began emerging from the near standstill of a coronavirus lockdown.

By sector, June's lowest annual increase in inflation was 4.84% in communications, while the highest rise was in alcoholic beverages and tobacco with 22.41%.

The data also showed that the 12-month average hike in consumer prices as of June was 11.88%.

On a monthly basis, while food and beverage prices were down by 1.6%, the largest increase was seen in the transportation sector with 4.49%.

Inflation expectations for the year-end increased slightly last month, while those for the next 12 months declined, the Central Bank of the Republic of Turkey (CBRT) said Thursday in minutes of last week’s monetary policy meeting.

The bank unexpectedly halted a nearly yearlong easing cycle last week, keeping its key interest rate unchanged at 8.25% and citing upward pressure on inflation due to the coronavirus pandemic.

The bank had cut its one-week repo rate by 1,575 basis points in nine consecutive meetings since July last year, when it stood at 24%, in a muscular bid to stimulate the economy and more recently to counter the economic downturn brought on by the outbreak.

This April, the central bank revised its year-end inflation forecast to 7.4% for 2020, down from 8.2%, thanks to a cut in projections of the output gap and food inflation.