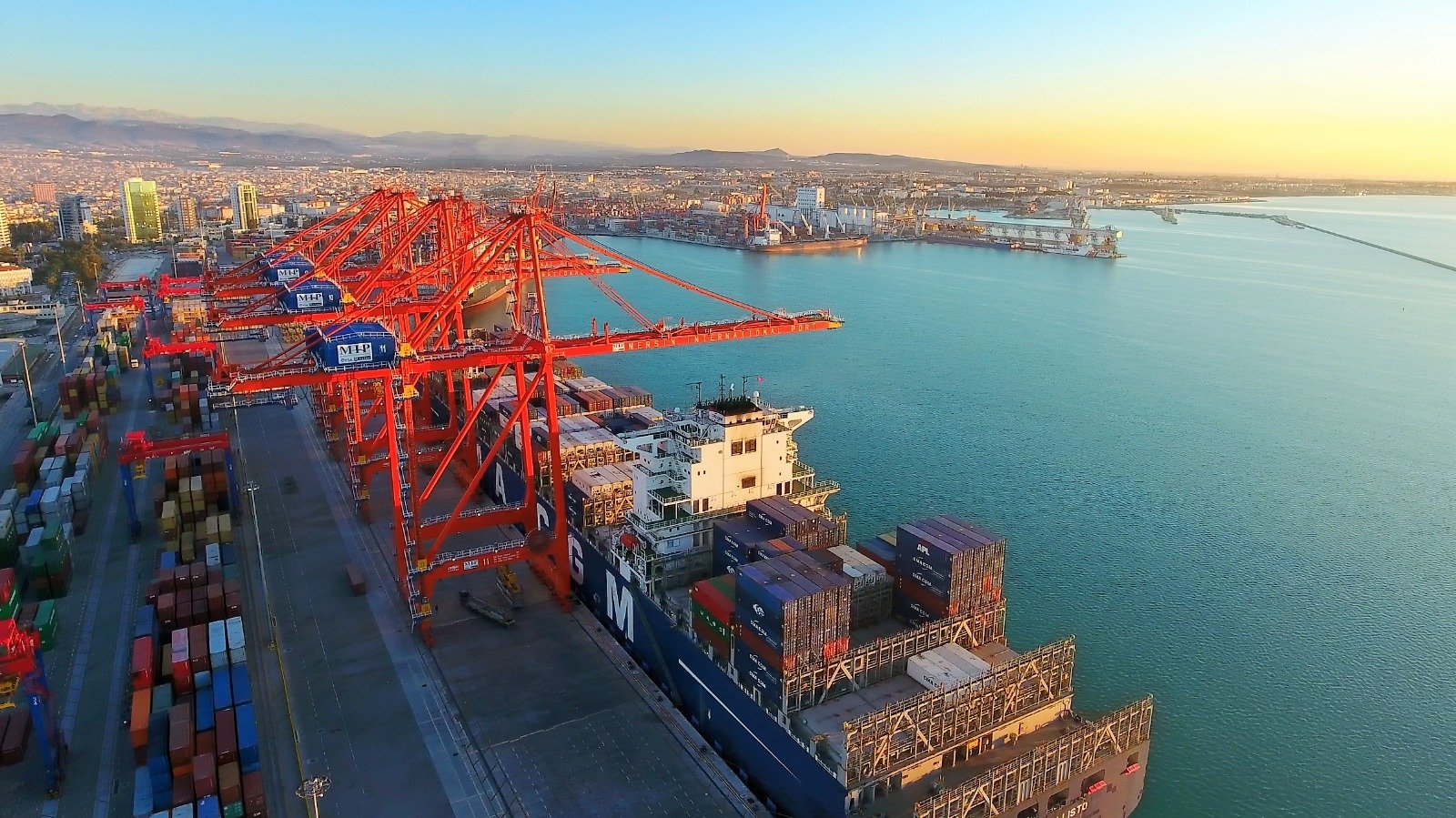 The capacity of a port in Turkey's southern Mersin province will be expanded from 2.8 million to 3.6 million twenty-foot equivalent unit (TEU), according to the country's Transport and Infrastructure Ministry.

After completion of the expansion work, two mega container ships with a length of 400 meters (1,312 feet) will be able to dock at the same time at the Mersin International Port (MIP). The wharf capacity will also be increased by 1 million TEU to reach 1.8 million TEU.

The expansion project was launched on Saturday with a ceremony attended by Transport and Infrastructure Minister Adil Karaismailoğlu.

According to information obtained by Anadolu Agency (AA) from the ministry, Mersin International Port is Turkey's largest port with a surface area of 112 hectares (277 acres). The port, which is one of the main container ports in the Mediterranean region with its transit and hinterland connections to the Middle East and the Black Sea, also ranked 97th among the world's largest container ports.

The MIP serves as the main export-import hub of Turkey's central, southern and southeastern regions, meeting a significant part of Turkey's foreign trade with its modern infrastructure and equipment, largest storage areas, trained human resources and proximity to the free trade zone.

A statement released by the MIP's operators earlier in February said the expansion will allow two 400-meter mega-ships to be docked at the same time. The expansion will cost $375 million (TL 2.83 billion) and provide 500 additional jobs at the port, in addition to 5,000 indirect gains in the city, it said.

The MIP's operational rights were transferred to a consortium made up of Singaporean PSA and Turkish Akfen in May 2007 for $755 million. In 2017, Akfen sold 40% of the operational rights to Australian IFM Investors for $869 million. The port will be returned to the Turkish State Railways (TCDD) in 2043.