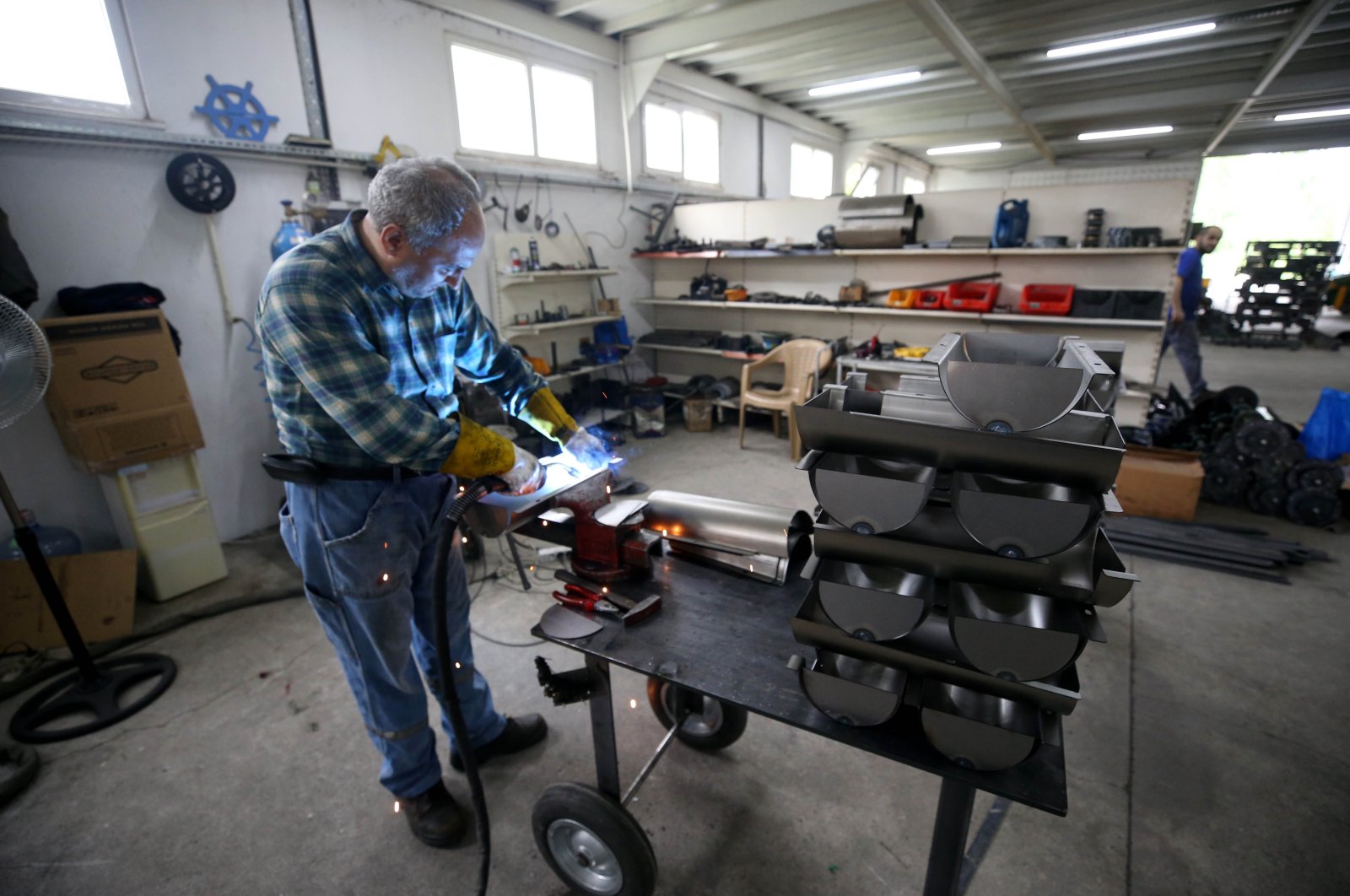 A man works on a machine manufactured at an atelier in northwestern Düzce province, Turkey, July 16, 2020. (AA Photo)
by DAILY SABAH WITH AGENCIES Dec 01, 2020 10:19 am
RECOMMENDED

The recovery in Turkey's manufacturing sector continued in September, albeit at a softer pace, amid a second wave of the coronavirus outbreak, a survey showed on Tuesday.

The headline Purchasing Managers' Index (PMI) fell to 51.4 in November, its lowest level since May, from 53.9 a month earlier, according to survey data from the Istanbul Chamber of Industry (ISO) and IHS Markit, remaining above the 50 mark that separates expansion from contraction.

Output and new orders eased, the panel said, although firms continued to hire more staff in response to the strong rebound in workloads seen in recent months.

So employment increased for the sixth consecutive month, the survey noted.

The surge in COVID-19 cases negatively affected customer demand and production processes, the panel said, while a weak Turkish lira caused further increases in both input costs and output prices.

The pandemic had an increasingly severe effect on supply chains in November, with lead times lengthening to the third-largest extent in the survey's history. This contributed to a drop in stocks of purchases, as did a slight scaling-back of purchasing activity in response to reduced output requirements.

"A resurgence of the COVID-19 pandemic took the wind out of the Turkish manufacturing sector's sails in November, with demand suffering," said Andrew Harker, economics director at IHS Markit.

"The sector has shown before that it can rebound quickly from the disruption caused by the pandemic, and firms were confident enough in the outlook to maintain job creation during the month."

Harker stressed that rises in input costs and output prices were down slightly compared with October.

A further moderation of inflation in the upcoming months is expected with the Turkish lira gaining ground recently, he noted.