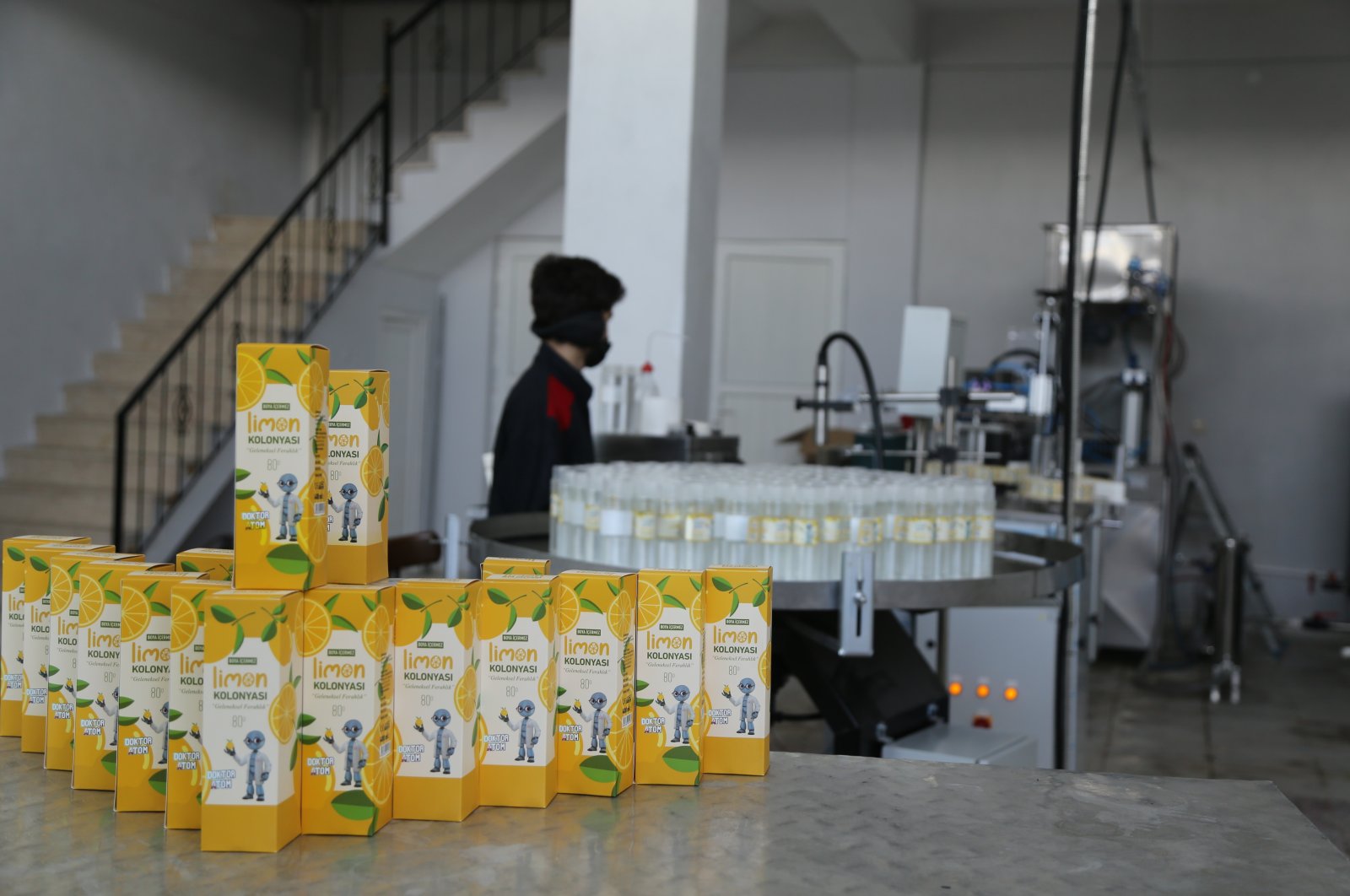 According to data from the Turkish Statistical Institute (TurkStat) compiled by Anadolu Agency (AA), Turkey exported disposable medical masks to 135 countries and cologne to 116 countries. Mask exports in 2020 increased by 123 times compared to 2019, reaching $216 million. Medical mask exports were about $1.8 million in 2019.

Last year, the highest demand for disposable medical masks came from Germany as exports to the country hit $31.4 million. Germany was followed by France with $25 million, Libya with $13.9 million, China with $13.8 million and Romania with $12.1 million.

Other countries that bought the most medical masks in 2020 from Turkey are the U.K., the Netherlands, Spain, Kuwait and Italy.

Turkey also imported medical masks worth $23.8 million in 2020. The number increased by 27 times compared to 2019. While these masks were imported from 48 countries, the top five countries were Egypt, China, Germany, Moldova and Bulgaria.

In 2020, the amount of Turkey's cologne exports rose by more than twofold on an annual basis, reaching $28 million. This figure was around $9.1 million in 2019.

Other top importers of cologne in the same period were Saudi Arabia, Turkmenistan, Belgium, France and Iran.

The Turkish cologne, aka kolonya, is a whole different cultural entity in the country. The main difference between perfume and cologne is its ratio of essential oils to alcohol, of which the latter can reach up to 80%. Experts these days are saying that the cologne, with 50% or more alcohol content, could serve as an excellent preventative measure in the spread of viruses and bacteria.