Turkey's minimum wage talks for 2021 start under shadow of pandemic 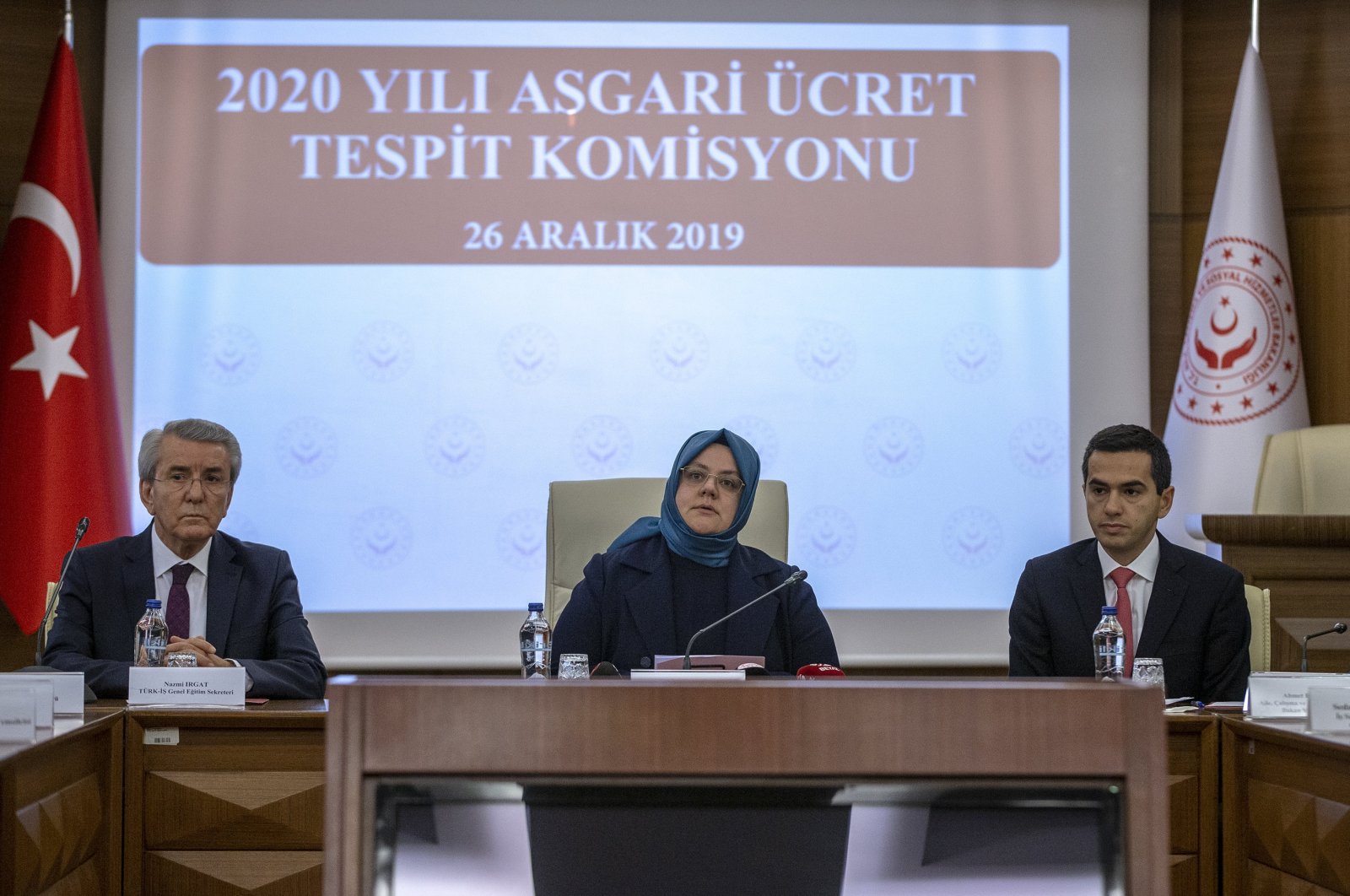 Turkey's Minimum Wage Determination Commission kicked off talks for 2021 on Friday at a videoconference conducted under the shadow of the coronavirus pandemic.

The 15-membered commission is headed by Minister of Family, Labor and Social Services Zehra Zümrüt Selçuk and consists of delegates from groups representing workers, employers and the government. Employers are represented by the Confederation of Employer Associations of Turkey (TISK), while workers are represented by the Confederation of Turkish Trade Unions (TÜRK-IŞ), which has the largest number of union members.

On the other hand, the gross domestic product (GDP) per capita in the country stood at TL 51,834 in 2019, according to Turkish Statistical Institute (TurkStat) data.

"As the ministry, we aim to take the role of an arbitrator and enable workers and employers to come into terms and determine the minimum wage. I believe the (updated) minimum wage will fit the expectations of both the workers and the employers, and positively contribute to the working life," Selçuk said ahead of the meeting.

The commission, responsible for making choices that directly affect 7 million workers across the country, convenes four times with the participation of at least 10 members. A decision is taken with the majority voting principle, and if there is a tie, the side that the head of the commission supports is considered to have the majority.

It is expected that the commission will take four main pillars into consideration when determining the minimum wage: cost of living, economic conditions during the pandemic, inflation and prosperity.

"The global pandemic aggravated the living conditions of all fee-earners, particularly workers. There is a serious loss of jobs and incomes," the statement said. "It is our common thought that the minimum wage of 2021 should be determined as a livelihood that is compatible with human dignity, by taking the loss of jobs and incomes of the pandemic era into consideration."

The issue has occupied the political discussion in the country, and parties have voiced their expectations of the minimum wage over the past week.

The chairperson of the Good Party (IP), Meral Akşener, said Tuesday during her organization's parliamentary group meeting that the minimum wage should be TL 3,000.

The main opposition Republican People's Party (CHP) went further, suggesting TL 3,100. CHP Deputy Chairperson Veli Ağbaba voiced support for this wage, noting that Turkey is ranked second from the bottom among European countries when it comes to the minimum wage.

Just like the rest of the world, Turkey has been hit by the COVID-19 pandemic, not only in relation to health and social life but also economically. As part of the relief package announced in March, the government provided financial support to cushion the economic fallout from the outbreak. It had slashed taxes for hard-hit sectors and unlocked funding for workers. As part of measures to support businesses, the country had postponed debt payments and reduced the tax burden on various sectors. It put forth a scheme that provides wage support to employees of companies who have been hit by the pandemic.