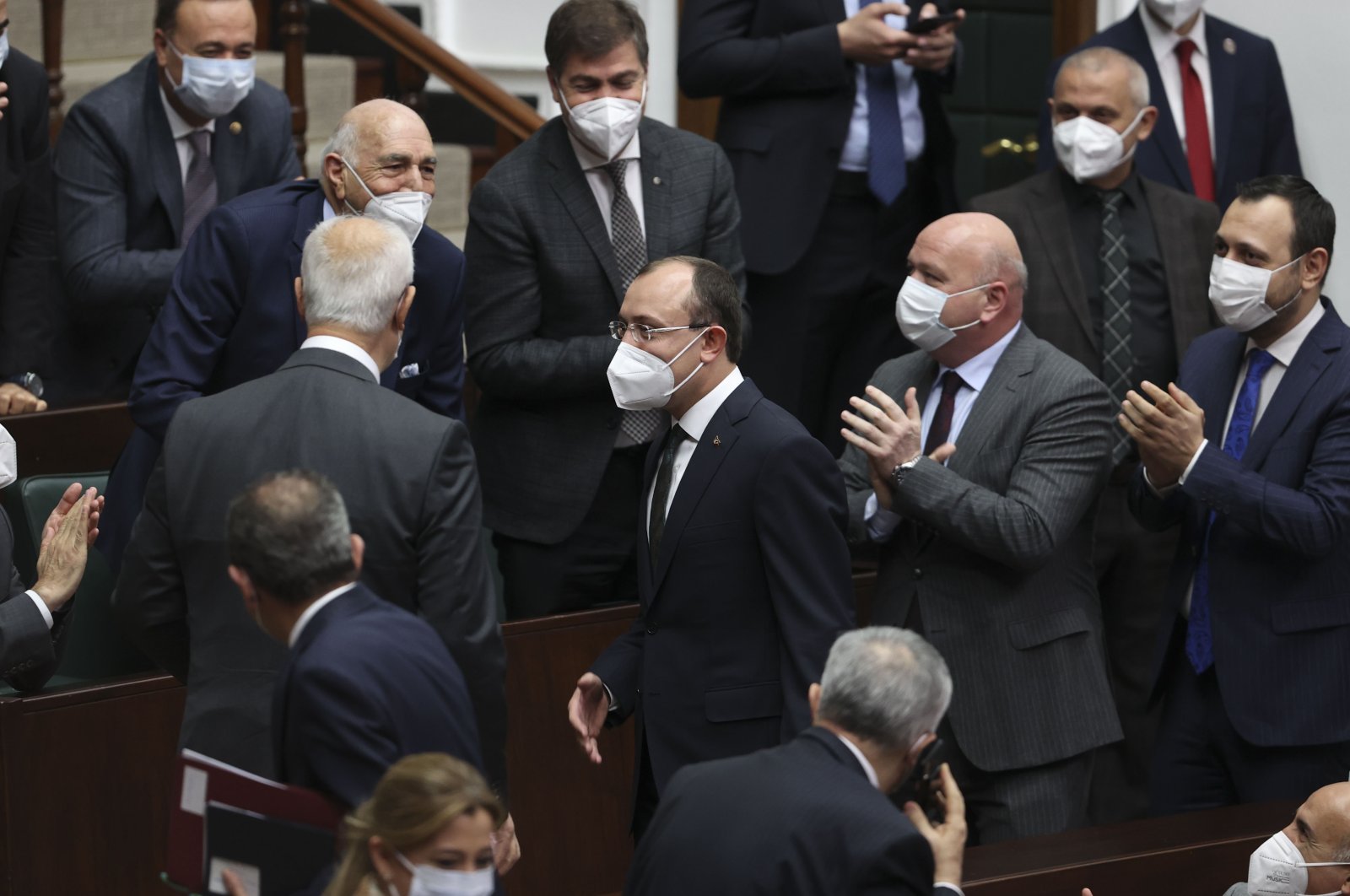 “We will endeavor to do everything to expand (the volume of) Turkey’s exports, economic size and raise the level of welfare,” Mehmet Muş told reporters in Parliament.

A prominent member of the ruling Justice and Development Party (AK Party), Muş was appointed as trade minister on Wednesday after Ruhsar Pekcan was removed from the post by presidential decree.

He had been informed of the development before being appointed, Muş noted. “Our president (Recep Tayyip Erdoğan) had shared it with me.”

Minister Muş is an economist, who obtained his master’s degree from Washington State University’s School of Economic Sciences. He later went on to get his doctorate in economic history from Istanbul’s Marmara University.

Muş has been a lawmaker for the AK Party since 2011 and served as the party’s deputy chairperson in charge of the economy.

The presidential decree gave no reason for the change in the trade ministry but came after opposition politicians accused Pekcan’s ministry of buying supplies from her family-owned company and called on her to resign.

The Trade Ministry confirmed that the purchase of sanitizers had been made but said in a statement on Tuesday the choice was based on price alone and not due to “the name of the company making the sale.”

Countering the claims of a TL 9 million ($1.1 million) sale, the ministry said the transaction was only worth some TL 500,000 and had been carried out in line with relevant regulations.

Making a rapid start in 2021 despite the coronavirus pandemic, Turkey’s exports have hit all-time monthly highs for four consecutive months since December.

They lastly soared by 42.2% year-on-year in March to $18.98 billion, according to Turkish Exporters’ Assembly (TIM) data.

Exports from January through March have surged 17.3% year-on-year to over $50 billion, also marking the highest first-quarter figure ever.

The country now looks to achieve a target of $184 billion by year-end.

In the meantime, Erdoğan Wednesday also established two new ministries by splitting the Family, Labor and Social Services Ministry into two separate ministries, according to the decree.

Yanık is a lawyer and board member of the Women and Democracy Association (KADEM). She was also chosen as one of the members of the AK Party's Central Decision-Making and Administrative Committee (MKYK).

Bilgin is one of the chief advisors to Erdoğan and was the chief of the Presidential Social Policies Committee.