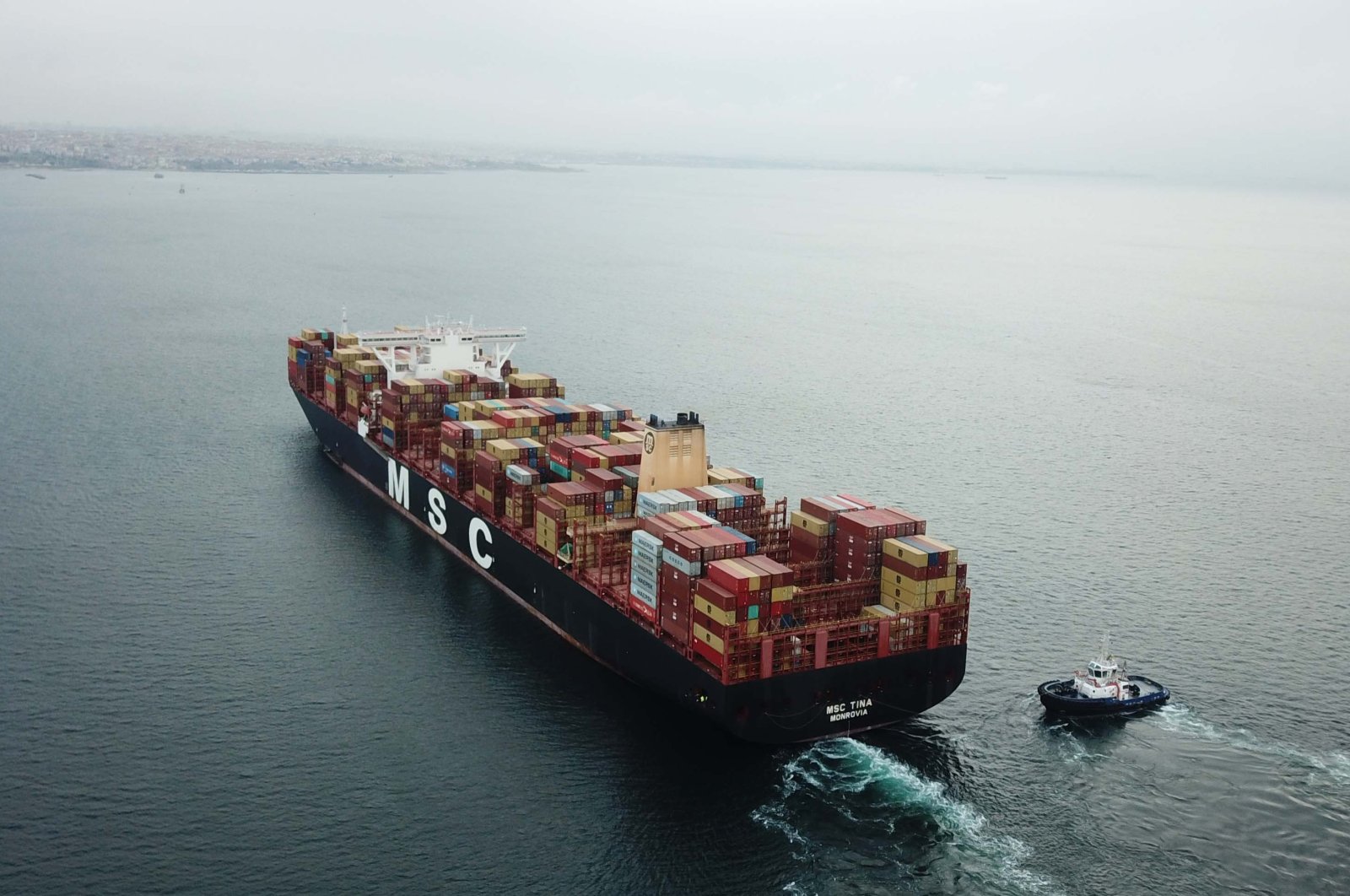 “This is a victory for our exporters,” Pekcan said.

The country’s foreign trade deficit shrank 14.2% on an annual basis, the minister noted, narrowing to $4.7 billion from $5.5 billion a year ago.

The export-to-import coverage ratio was 80.2% in the month, a 9.2 point increase year-on-year, the data showed.

Sales last month also surpassed those of March 2019, a month and year that marked the highest exports ever made by the country, Pekcan said.

The coronavirus pandemic led to a 6.26% drop in 2020 exports as Turkey closed the year with $169.5 billion in foreign sales, exceeding the target of $165.9 billion in the medium-term program.

Also addressing the meeting, Turkish Exporters Assembly (TIM) head Ismail Gülle said they could reach numbers much higher than the current target, pointing to around $200 billion as a potential figure.

Exports from January through March of this year have surged 17.3% year-on-year to over $50 billion, also marking the highest first-quarter figure ever, Pekcan said.

It followed the same sales figure in the last quarter of 2020, when exports came above the level of $50 billion for the first time on a quarterly basis.

Imports were up 9.7% to $61 billion in the three-month period of this year. The foreign trade gap has thus narrowed 15.2% to $11 billion, down from some $13 billion from a year ago, the minister noted.

Excluding energy, the gap came in at $3.9 billion, according to the data, marking a 15.3% year-on-year fall.

Below are details of data on March exports:

The total number of exporting firms increased by 1,339 in March, he noted, adding that these companies had realized $62.4 million worth of sales throughout the month.

Pointing out the positive effects of the recent uptick in the euro-dollar parity on the exports, he said this led to an increase of $572 million in the March figures.

"The positive outlook in the euro-dollar parity is expected to continue in the coming months," Gülle suggested, adding that since the beginning of the year, the parity had had an impact of $1.6 billion on exports.

Pekcan said the table signaled that exporters achieved to sell their goods around the globe despite all the difficulties brought along with the pandemic.

Sector representatives selling goods from Turkey have been recently voicing concerns over soaring costs and the lack of containers amid a severe vessel crunch around the world, which prompted prices to soar and hampered the orders of goods.

Exporters earlier this week called for the establishment of a local fleet of shipping containers.

The container freight shipping has been boosted by strong demand. But a shortage of vessels has led to a squeeze on containers and has pushed up costs to unprecedented highs recently.

Pekcan said the pandemic has once again demonstrated the importance of logistics, stressing they “continue our work to improve the logistics capabilities of our country.”

She further added that the government boosted joint efforts and intensified talks with states regarding the increasing usage of the Baku-Tbilisi-Kars (BTK) railway and the Caspian corridor and land and rail transport to Asia.

She said they would be departing for Azerbaijan together with the business world and nongovernmental organization (NGO) representatives to discuss these issues and elaborate on the “Middle Corridor” – a crucial part of the Belt and Road Initiative (BRI), an enormous development project kicked off by China.

“I would like to underline that we will continue our work with all our institutions, private sector and state parties on the route to activate the Middle Corridor in the coming period,” Pekcan noted.

Elaborating on leading export markets, the minister said sales to the U.S. posted a noteworthy rise of 32% in the January-March period.

“The U.S. is a strategic market that we care about. In this sense, I assess that by working closely with our U.S. counterparts, we will move our bilateral trade and economic relations to further points,” she said.

She Thursday dubbed it “a very positive meeting.” Henceforward, Pekcan said, “We agreed to act together on a constructive basis to work together on many issues that are on the agenda in Turkey-U.S. trade relations.”