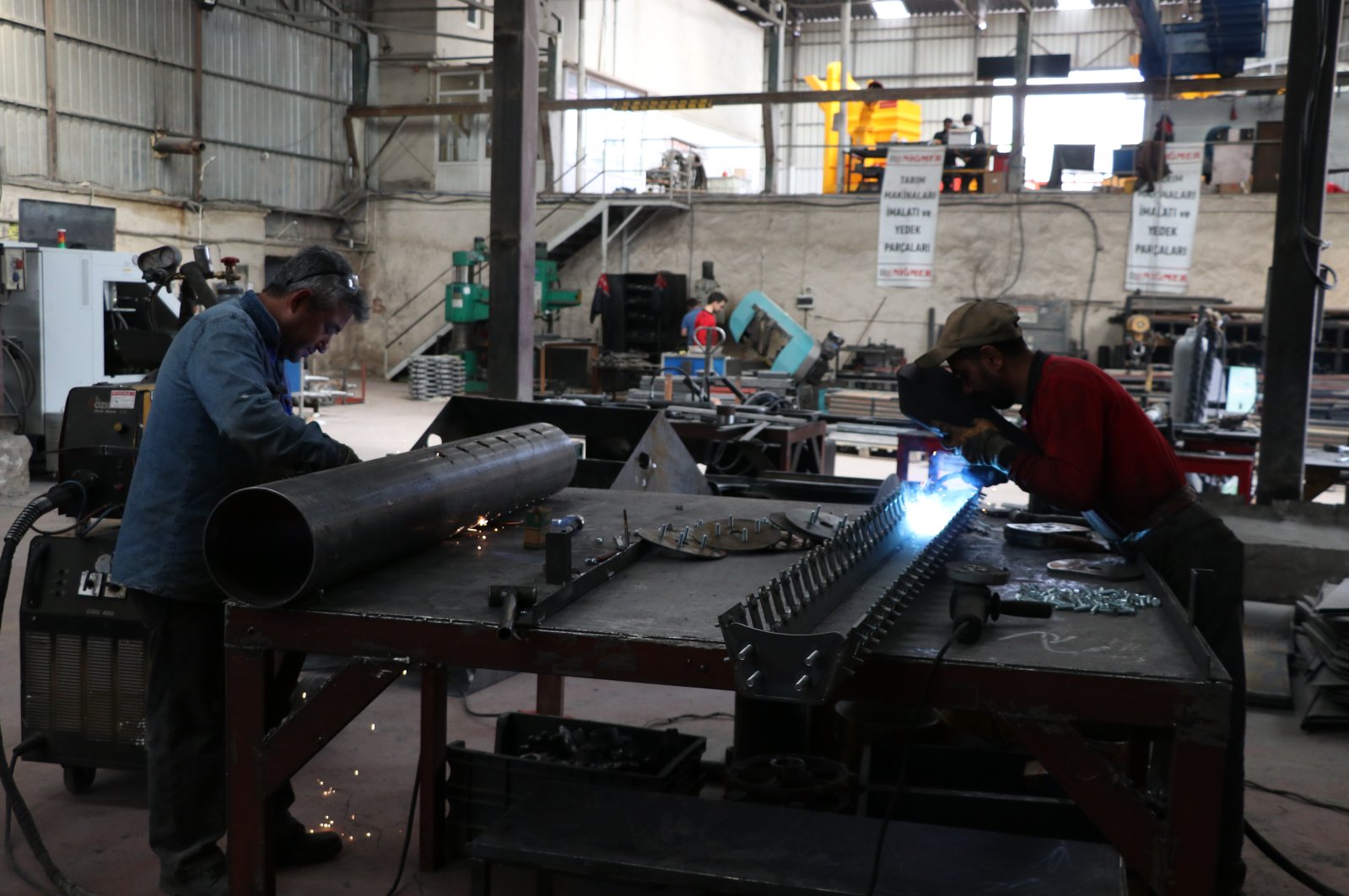 The recovery in the industry began in May and accelerated in the first two weeks of June in the wake of the COVID-19 outbreak, Industry and Technology Minister Varank said, while the latest figures also showed a record surge in newly established firms

The Turkish economy has started to signal a rebound as of May after a halt due to lockdown measures to stem the spread of the coronavirus pandemic, and the recovery in the real sector has accelerated in June, Industry and Technology Minister Mustafa Varank said Wednesday.

"In the first two weeks of this month, electricity consumption in the industry has now surpassed that of April and May. The electricity consumption in organized industrial zones increased by 31% in the first half of June compared with May," Varank said during a meeting with local businessmen in Kocaeli, an industrial province in northwestern Turkey.

The recovery came after the country started to ease restrictions aimed at reviving the economy as of May and further relaxed them at the beginning of June after a sharp slowdown in the number of new cases and fatalities due to COVID-19, the mainly respiratory disease caused by the virus.

However, there has been a worrying jump in infections in recent days, and officials said the country may have to adopt a harder line on social interactions, but said Turkey has no plans to reverse an easing of lockdown restrictions.

This month restaurants and cafes reopened, intercity flights and car travel resumed and weekend stay-at-home orders were lifted, after most factories resumed operations in May.

Turkey's daily coronavirus infections remained over 1,400 on Tuesday, according to the Health Ministry. The daily figure climbed to around 1,500 in the past four days after hovering around 800-900 previously.

The country’s total caseload reached 181,000, while the death toll rose to 4,842 with 17 new fatalities on Tuesday. Around 153,379 patients have so far recovered from the disease.

"As we enter the new normal, we need a permanent and steady recovery in the real sector; we are closely following the progress in industry and regularly monitoring the leading indicators of production," he said.

Varank stressed April was a difficult period not only for Turkey but for the whole world, saying it was a period during which trade stopped and demand fell.

The country’s industrial production dropped more than expected at 31.4% in April as the major emerging market economy felt the full impact of measures to stem the spread of the coronavirus.

Month-on-month, industrial production was down 30.4% in April on a calendar and seasonally adjusted basis, Turkish Statistical Institute (TurkStat) data showed.

Varank stressed that leading sectors such as automotive, textile and furniture were rejuvenating with confidence and that the economy was growing.

In the first five months of this year, 5,547 enterprises entered the real sector as new players brought a fresh breath to the economy, Varank explained.

"Solely in our organized industrial zones, 520 new factories began production during this period," he noted, adding that despite the pandemic conditions, investment demand is stronger than last year.

"When these investments are realized, new job opportunities will be created for 110,000 citizens. Our main goal is to put this trend in a continuous structure," he concluded.

The minister said the economic revival is expected to accelerate and result in positive growth in the last two quarters of the year.

The country's gross domestic product (GDP) grew 4.5% year-on-year in the January-March period, propelled by a surge in consumption that occurred just before a lockdown, according to TurkStat, after the economy showed a growth rate of 6% in the last quarter and nearly 1% in 2019 as a whole.

Compared with the fourth quarter of 2019, the economy expanded at a seasonally and calendar-adjusted 0.6%.

The minister also pointed to safety steps taken in the real sector to prevent a second wave of the pandemic.

Varank said test laboratories were established with the Health Ministry to serve industries in Kocaeli and the capital Ankara.

“Our work here has been an example for our other cities. Now we start testing for antibodies in the industry. Antibody tests will be performed in 13 provinces: Istanbul, Ankara, Izmir, Kocaeli, Konya, Tekirdağ, Adana, Sakarya, Gaziantep, Manisa, Eskişehir, Bursa and Kayseri. Tests in Konya and Bursa began as of yesterday. Antibody tests in Kocaeli begin today,” Varank said.

Separately, data by the Istanbul Chamber of Commerce (ITO) Wednesday showed 2,416 new firms were established in the metropolis in the first 15 days of June.

The figure corresponded to a 54% increase compared with 1,563 firms that were launched between May 12-31.

The demand for manufacturing capacity reports by companies surged by 120% to 286, the data showed. The increasing trend in foreign trade documents also continues as the number of documents issued approached 100,000, while activity certificate demand exceeded 26,000.

“It shows the determination by companies to update all their settings and move on, without being enslaved by the pandemic,” Avdagiç said.