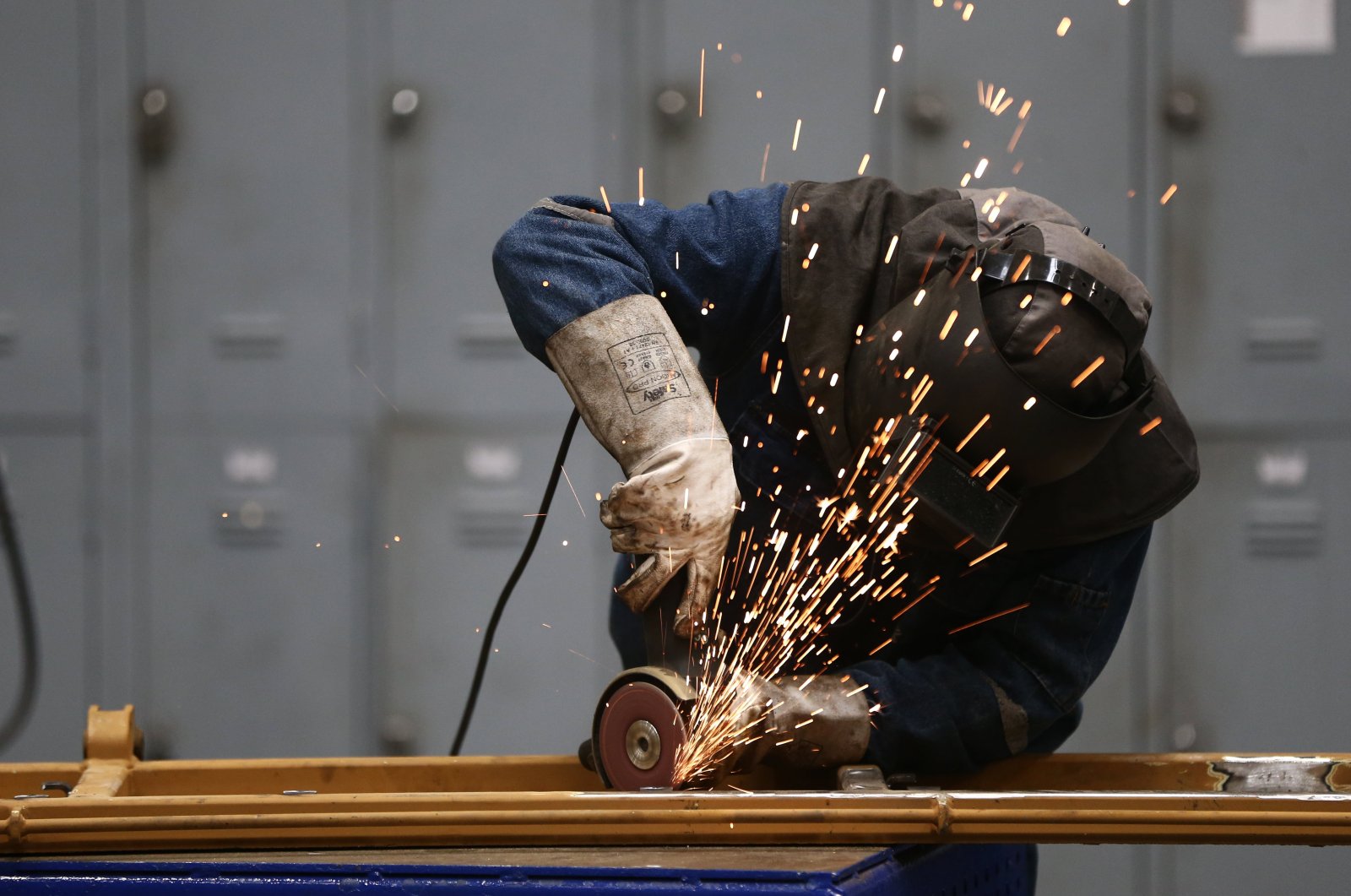 “We will bring sustainability to this recovery,” Industry and Technology Minister Mustafa Varank said, citing the Central Bank of the Republic of Turkey (CBRT) data showing that Real Sector Confidence Index (RSCI) rose by 5.5 points to 106.2 points in August compared with 100.7 points in July.

A score above 100 shows an optimistic outlook on economic activity from manufacturers, while a score below 100 signals pessimistic predictions for future developments.

Also commenting on the data, Treasury and Finance Minister Berat Albayrak said on Twitter: “We take our strength from millions of people who work, produce, support and believe in this country.

According to CBRT data, the seasonally adjusted real sector confidence index (RSCI-SA) also rose by 5.8 points to 105.2 in August, which was 99.4 points the previous month.

The rise in confidence for production, employment, domestic and export order book recorded in August is expected to continue its positive performance for the next three months, the data showed.

The recovery in August came amid the gradual return to the pre-pandemic normal, with momentum in the industry rising due to economic management and support offered to the business sector.

The country’s tourism and service sectors also saw a significant rise in consumption after the country eased restrictions as of May and further relaxed them at the beginning of June after a sharp slowdown in the number of new cases and fatalities due to COVID-19.

The CBRT also released data for Turkey's manufacturing industry capacity Tuesday, showing that the capacity usage increased to 73.3% in August.

The capacity utilization rate (CUR) of the sector rose 2.6 points on a monthly basis, the bank survey showed.

The figures are based on the responses given to its business tendency survey by local units operating in the manufacturing industry, according to the bank. Some 1,761 companies responded to the survey this month.

In August, among more than 20 sectors, the highest CUR was posted by manufacturers of wood and wood and cork products (except furniture) at 83.8%, while the lowest capacity usage was seen in manufacturers of leather products at 58.1%.

Rise in confidence for services and retail sectors

Meanwhile, Turkey's services and retail trade sectors posted a rise in confidence in August, while the construction sector saw a drop, according to data released by the Turkish Statistical Institute (TurkStat) Tuesday.

Seasonally adjusted confidence indices for services and retail trade was up by 5.7% and 0.2%, respectively, and dropped by 2.3% for the construction sector, month-on-month in August.

"In the services sector compared to the previous month, the business situation over the past three months sub-index increased by 15.9% to 63.2," it noted.

The business activity-sales expectation for the past three-month period rose by 14.5% to 79.7, while "current overall order books sub-index became 70 by decreasing 5.2%."