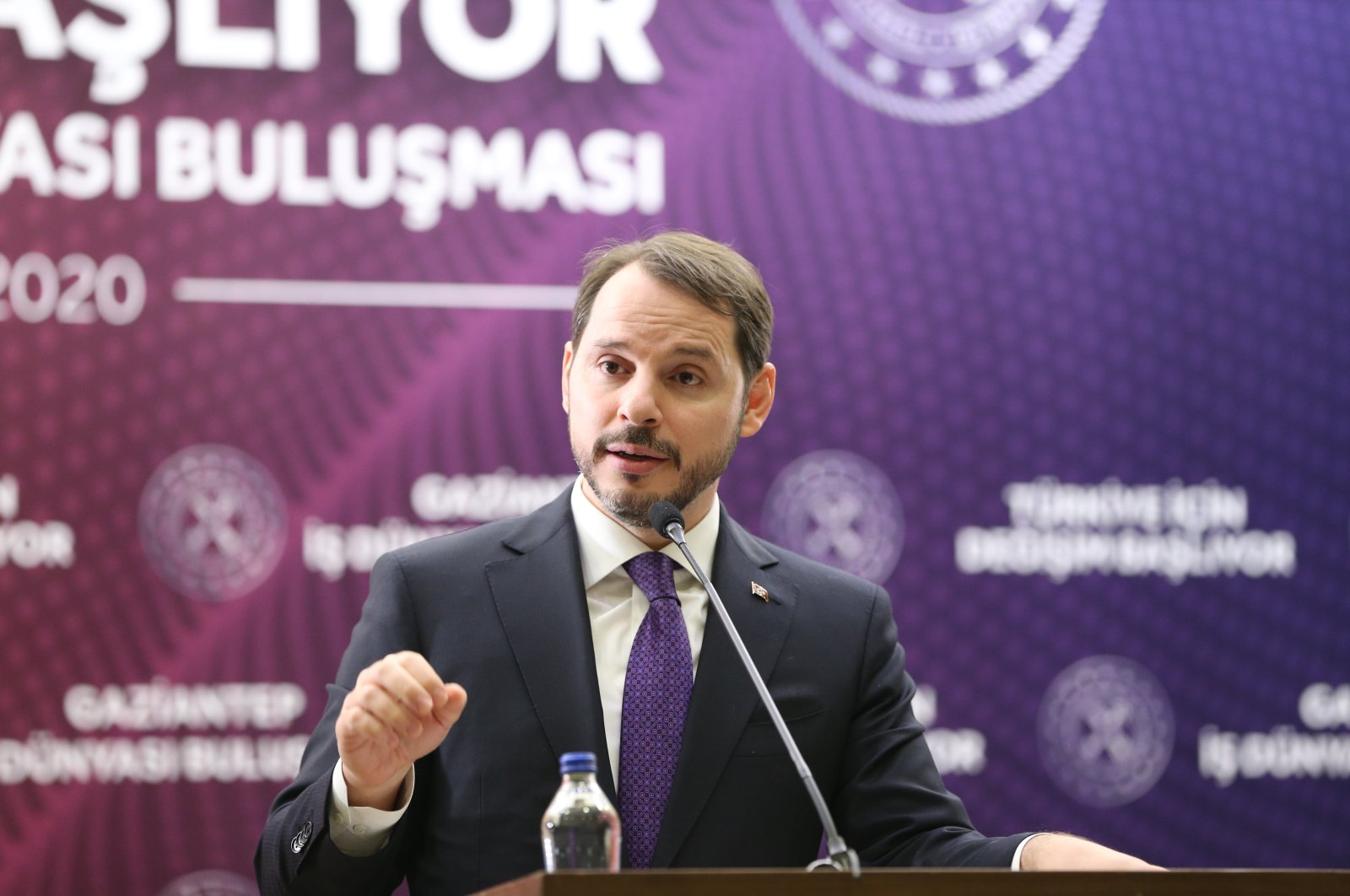 Banks and the private sector are easily able to roll over their debt, Treasury and Finance Minister Albayrak said, and Turkey also is negotiating a swap line with G-20 members and is likely to sign a deal with more than one country

Turkey is holding talks to establish swap lines with members of G-20, with more than one swap line possible, Treasury and Finance Minister Berat Albayrak said, also stressing that the country's reserves were sufficient.

"We are doing one-to-one swap negotiations with G-20 countries with which we have a trade deficit and a free trade agreement," Berat Albayrak told a closed-door online meeting with international investors on Wednesday.

He added that though it would not be appropriate to comment on the negotiations before they are concluded, "it is highly possible to make swap agreements with more than one country."

He said Turkey did not plan to negotiate swap lines with the International Monetary Fund (IMF).

The Central Bank of the Republic of Turkey (CBRT) Governor Murat Uysal earlier denied that the country was in negotiations with the IMF for resources or swap lines, but was in contact with its global counterparts to establish new swap agreements amid the pandemic.

Turkey’s reserves are more than adequate, Albayrak said and dismissed suggestions that authorities could impose capital controls, according to three people on the conference call.

He said Turkey has never deviated from free-market practices and any future policy measures will abide by this principle, Reuters cited one of the sources who had been on the call said.

The minister noted that banks and the private sector were easily able to roll over their debt. He added that the treasury had only $4.7 billion of the remaining debt, which would be rolled over in 2020.

Albayrak said the central bank was ensuring that currency markets were operating efficiently and that reserves were built up in good times to be deployed in tougher times, according to one investor.

Speaking of the coronavirus pandemic, the minister said it had been brought under control in Turkey and that the country had begun to gradually ease measures.

Shopping malls, hairdressers and some stores will be allowed to open on May 11 provided they abide by the so-called normalization rules, and universities would return to their academic calendar on June 15, Erdoğan said.

Health Minister Fahrettin Koca on Wednesday also said the government would publish guidelines for businesses to follow as they resume operations, setting out precautions to avoid an upswing in new cases.

Shopping centers will reopen with only a limited number of people allowed inside, Koca noted but said restaurants and cafes inside the malls will not open.

Also, all main Turkish automotive factories will resume operations as of May 11, Industry and Technology Minister Mustafa Varank said Tuesday.

Albayrak further stressed that despite the decline in exports and tourism, there will be no significant change in the current account balance due to falling commodity prices.

He noted that economic activity would return to normal in the second half of this year at the latest.

After originating in China last December, COVID-19 has spread to at least 187 countries and regions. Europe and the U.S. are currently the worst-hit regions.

The pandemic has killed more than 259,000 worldwide, with total infections over 3.7 million, while recoveries surpassed 1.21 million, according to figures compiled by the U.S.-based Johns Hopkins University.

Health Minister Koca Wednesday reported Turkey's daily COVID-19 death toll dropped to 64, taking the total number of fatalities to 3,584. The overall number of cases, in the meantime, rose by 2,253 to 131,744.

A total of 78,202 people have so far recovered from the coronavirus, which causes the respiratory disease, COVID-19. The total number of tests conducted in the country during the outbreak has crossed 1.2 million.