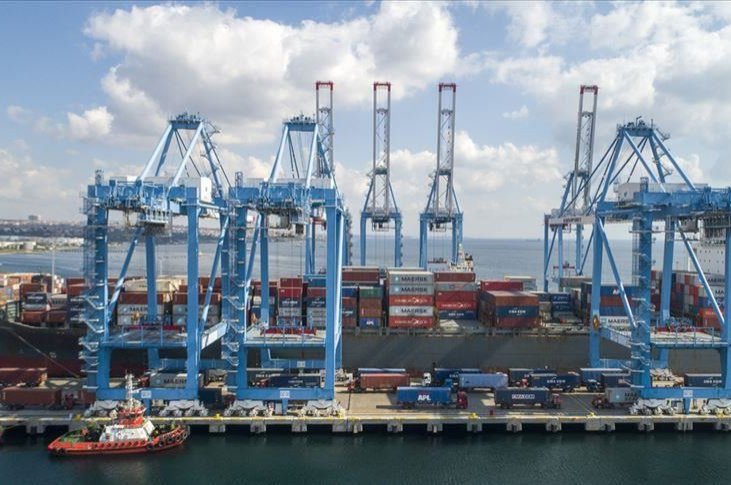 Trade volume between Turkey and African countries has increased fourfold over the past 18 years, the head of the Foreign Economic Relations Board of Turkey (DEİK) said late Tuesday.

Speaking in a webinar, Nail Olpak said the increased trade accompanied a rise in political trust between Turkey and African countries over this period.

He said Turkey has pursued a win-win approach and continued its strengthening policies based on equality, transparency and sustainability.

On Turkey's proactive role during the coronavirus pandemic, Olpak said the Turkish private sector followed the government's example, as representatives operating in Africa produced and donated masks and other personal protective equipment (PPE) to various countries.

"As DEİK, we will continue to support the continent's integration efforts," he said, adding that the Turkish business world remains keen on increasing investments in Africa after the pandemic.

Khaled Sherif, vice president of the African Development Bank (AfDB), underlined the precarious economic situation in Africa, saying the continent was reeling from a series of shocks, such as the collapse of the oil and commodity markets.

He said bilateral and multilateral debt payments had become difficult for the service sector, as several African countries such as Kenya, Egypt and South Africa were heavily reliant on tourism.

"Foreign currency inflow is falling significantly. This annual shock is really noteworthy. Employees in the EU and the U.S. can send less money. Here, too, there is a 60% drop," Sherif said.

Explaining that the durability of African economies was based on two to three export items, Sherif said all of the continent's 54 countries were forced to close their economies "either partially or completely."

"About 60% of the economy is progressing as an informal economy and unemployment is increasing," he said, adding that there was no concept of unemployment insurance in most African countries.

He said the continent's economic situation could become even more hopeless if the COVID-19 pandemic continues for another few months.

Sherif said Africa needed an injection of about $150 billion to help companies bear the burden and continue their activities.