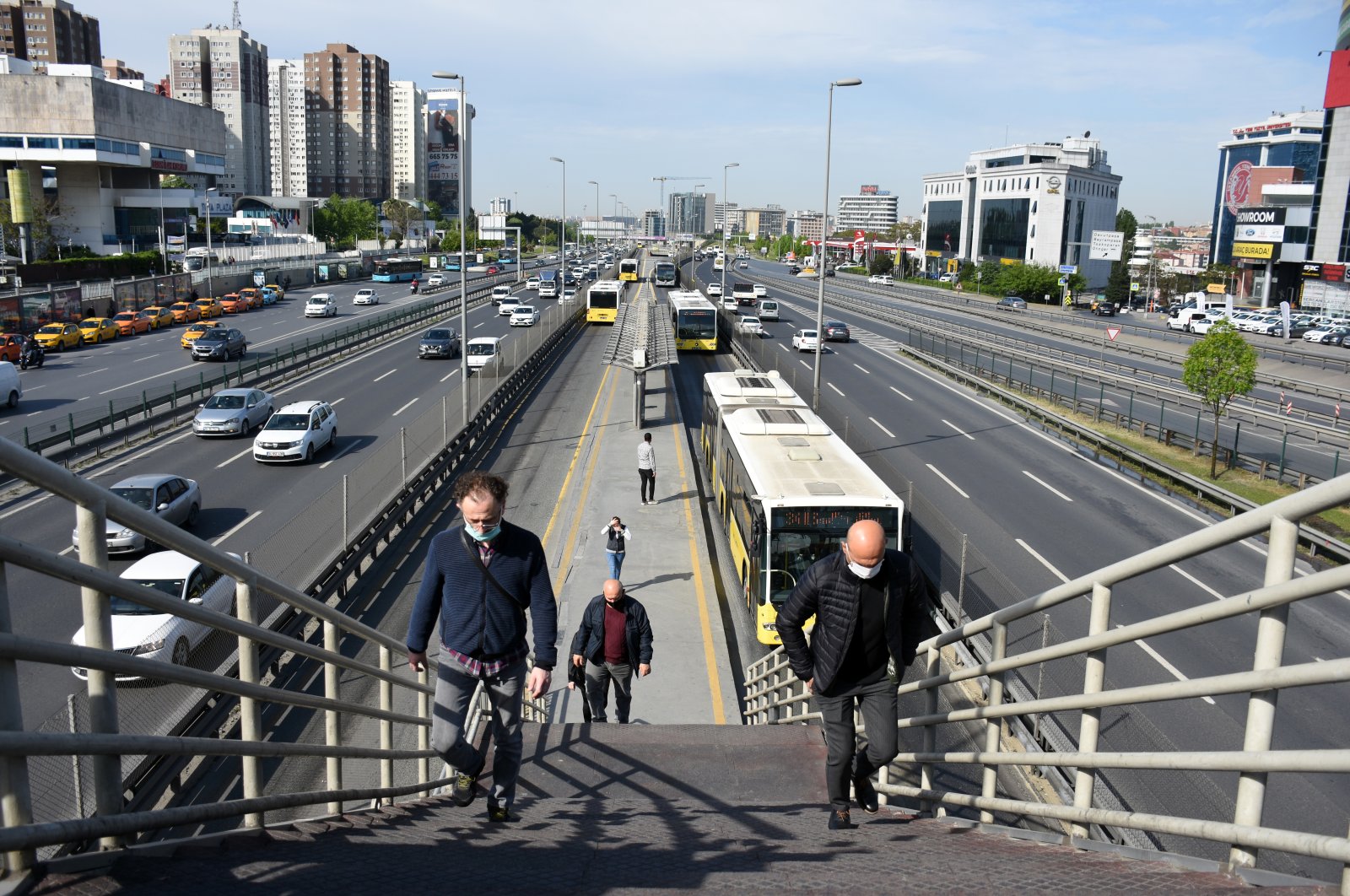 A few people are seen in a public transportation station amid measures taken to curb the spread of the coronavirus, Istanbul, Turkey, May 11, 2020. (AA Photo)
by Anadolu Agency May 11, 2020 11:18 am
RECOMMENDED

Unemployment in Turkey dropped to 13.6% this February, down 1.1 percentage points from the same month last year, the Turkish Statistical Institute (TurkStat) announced Monday.

The number of unemployed persons age 15 and above slipped by 502,000 year-on-year to 4.23 million by the end of February.

On a monthly basis, February's figure also dropped 0.2 percentage points, as unemployment in January stood at 13.8%.

The youth unemployment rate, including people ages 15-24, was 24.4% in February, down 1.7 percentage points on a yearly basis.

In February, employment posted a decrease of 1.7 percentage points from the same month last year, down to 43.1%.

"The number of employed persons decreased by 602,000 to 26.8 million persons in February 2020 period, compared with the same period of the previous year," TurkStat said.

The labor force participation rate also went down by 2.6 percentage points year-on-year, falling to 49.9% in the month.

TurkStat also reported that the rate of unregistered employment – people working without social security related to their principal occupation – was 30% in February, marking a 3.5-percentage-point decrease from February 2019.

The institute will release its next monthly employment figures on June 10.

Erol Gürcan, an economist at Gedik Investment, said the month-on-month decrease could be seen as the result of the ongoing recovery trend before the coronavirus pandemic hit.

"Although this condition seems positive at the first glance, we should state that the decrease in the unemployment rate was driven by a drop in (workforce) participation," Gürcan said.

As the first COVID-19 case was found in Turkey in mid-Mach, Gürcan said the negative impact of the pandemic on February data is very limited.

He underlined that potential seasonal upward effects in employment figures will be very limited for future data this year due to the virus's economic fallout.

"Additionally, it is still hard to predict how effective the incentives aiming at retaining employment level, some of which are temporary, will be," Gürcan added.