Turkey’s unemployment slightly down in July 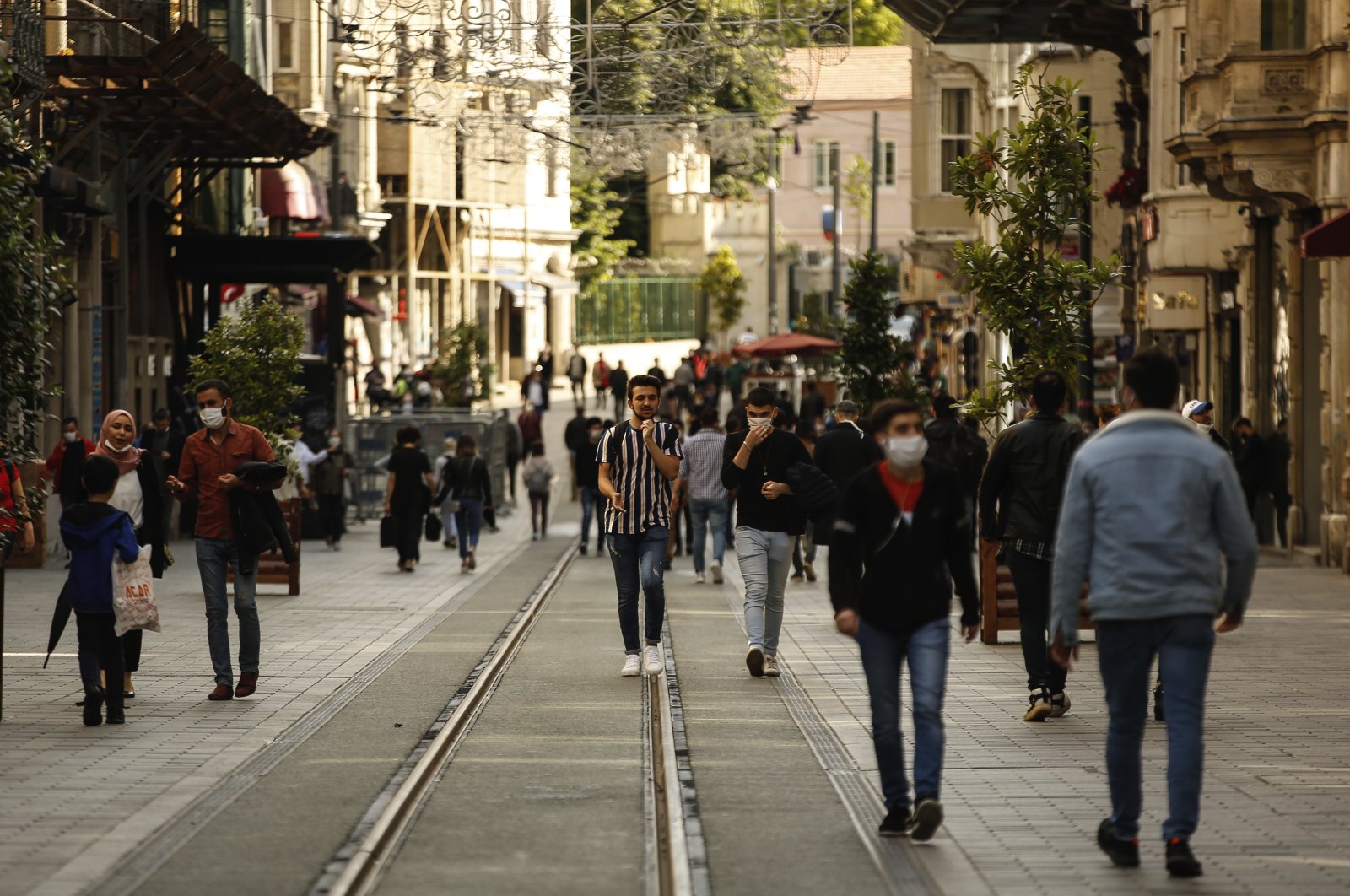 People, most wearing protective face masks against the spread of coronavirus, walk on Istiklal street, in one of Istanbul's main shopping districts, June 1, 2020. (AP Photo)
by DAILY SABAH WITH AA
Oct 12, 2020 10:39 am

Turkey's unemployment rate was 13.4% with a 0.5 percentage point drop in July while the participation rate rose, the national statistical body announced Monday.

The number of unemployed aged 15 and over decreased by 369,000 to 4.22 million as of July compared to the same month last year, according to the Turkish Statistical Institute (TurkStat).

The participation rate – the number of people in employment or seeking work – was 50.3%, compared with 49% a month earlier, though it was short of last year's 53.8% rate.

The data also showed that the non-agricultural unemployment rate fell to 15.9% from 16.5% a year earlier.

In June, the country's unemployment rate was 13.4%, with 4.1 million unemployed people aged 15 and above.

In April, the government imposed a three-month ban on layoffs to mitigate the pandemic's impact.

The Turkish Parliament in July approved a law allowing President Recep Tayyip Erdoğan to extend the layoff ban until July 2021. With the new law, Erdoğan will be allowed to extend the ban by three months each time until June 30, 2021.

Under the allowance, the government has paid 60% of staff salaries for a period of three months. The allowance was lastly extended to the end of October.

The employment rate stood at 43.5% with a 2.9 percentage-point drop.

According to the distribution of employment by sector, 19.4% was employed in agriculture, 19.6% in industry, 6.1% in construction and 54.9% in the services sector.

Turkey's new economic program announced at the end of September targets an unemployment rate of 13.8% this year and 12.9% for next.

The government has said it will implement policies for economic recovery during the post-pandemic period to support the labor market.