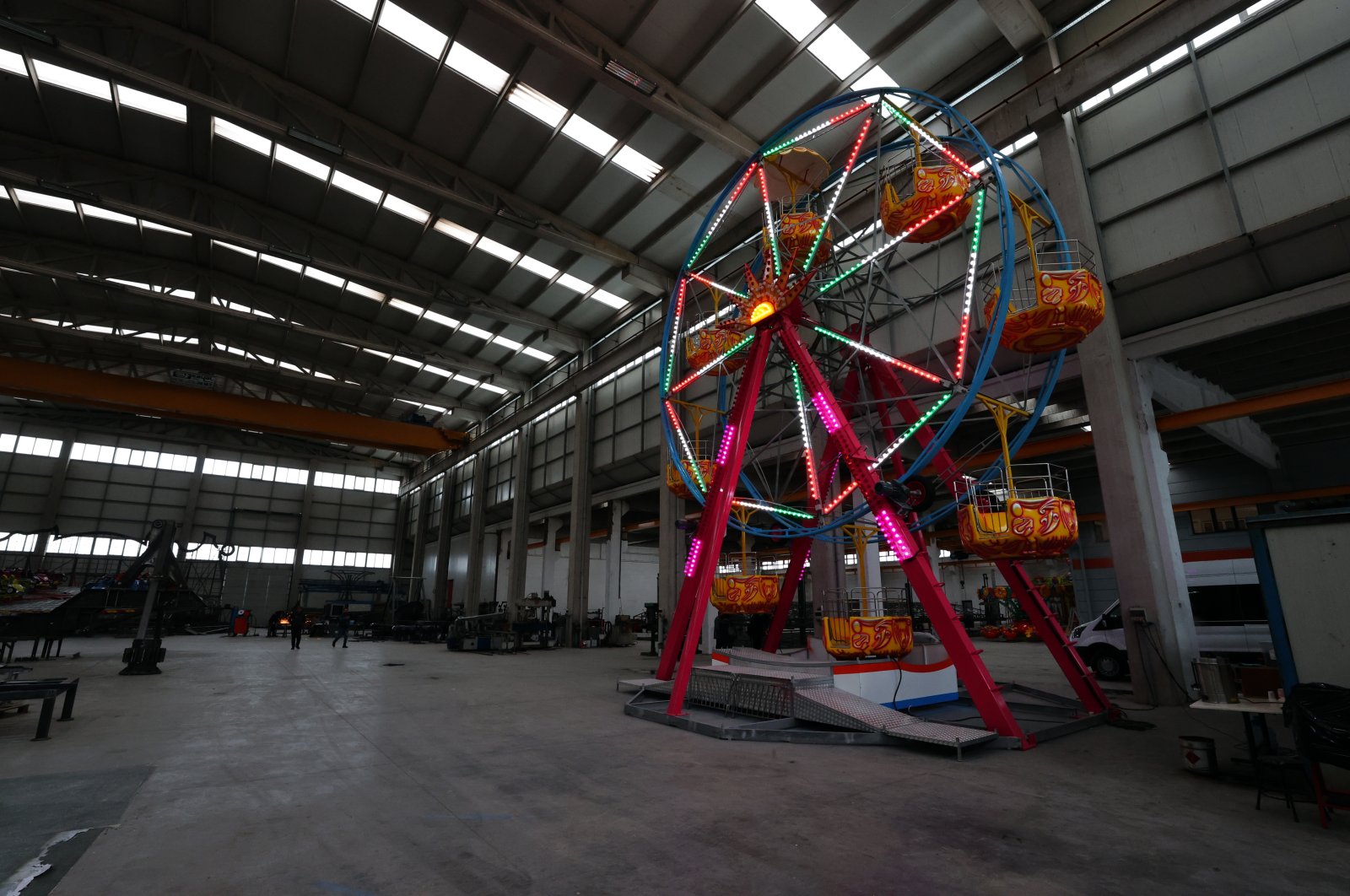 Turkish amusement park machine manufacturers came to the fore of the market before the pandemic, particularly in the Middle East, and exports are now rebounding as COVID-19's impact on the hard-hit entertainment sector gradually diminishes.

Ankara-based Tekin Lunapark, one of the major players operating in the sector, is among the firms attracting attention with its exports to different countries.

The company started as a small shop in Ankara’s industrial suburb of OSTİM in the 1970s, before the business was industrialized in the 1990s. Today it carries out its operations in an area of 32,000 square meters (344,000 square feet).

Ali Çolak, Tekin Amusement Park general manager told Anadolu Agency (AA) that in addition to their production activities, they operate amusement parks in cities including Denizli in the southwest, Erzurum in the east and the capital Ankara.

He explained that they generally produce amusement park machines for municipalities and five-star hotels around the country, but that they have exported their products to countries like Tunisia, Jordan, Lebanon, the United Arab Emirates (UAE), Azerbaijan, Poland, France and Algeria in the last seven to eight years.

“We have exported to about 15 countries so far. Recently, we signed a contract with an Algerian company for the sale of the 'Crazy Dance' machine. We will export another machine to Romania, we are starting its construction,” he said.

Noting that the entertainment industry is one of the sectors most affected by the COVID-19, Çolak said: “Businesses were closed for 10 months during the pandemic. Since the amusement parks in the country and abroad were closed, our productions and works were also halted. We were affected by the fact that customers could not visit us due to the lack of fairs abroad and the lack of entrances and exits to the country during this process.”

However, these effects have started to ease, Çolak said, as there were fairs in Spain in September and in Algeria in November.

“We will have fairs in Dubai and Uzbekistan in March in the coming period. Hopefully, this process will progress positively and we will reach the level of increasing our exports again,” he said.

Çolak went on to say that they also aim to enter new markets, namely Russia and the Turkic republics, in the coming period.

Çolak said their aim is to establish relations by conducting face-to-face meetings in said countries, thus paving the way for their exports.

He added that their main competitors in the sector are Italian companies whose production quality is parallel to their own but that operate at higher costs.

Noting that they benefit from the government's support on offer for exporters, Çolak said his company benefited from Turkey's Small and Medium Industry Development Organization (KOSGEB).

“We expect a little more support to be given to the exporter during the pandemic process so that we can sell to more countries and increase our export potential,” he said.