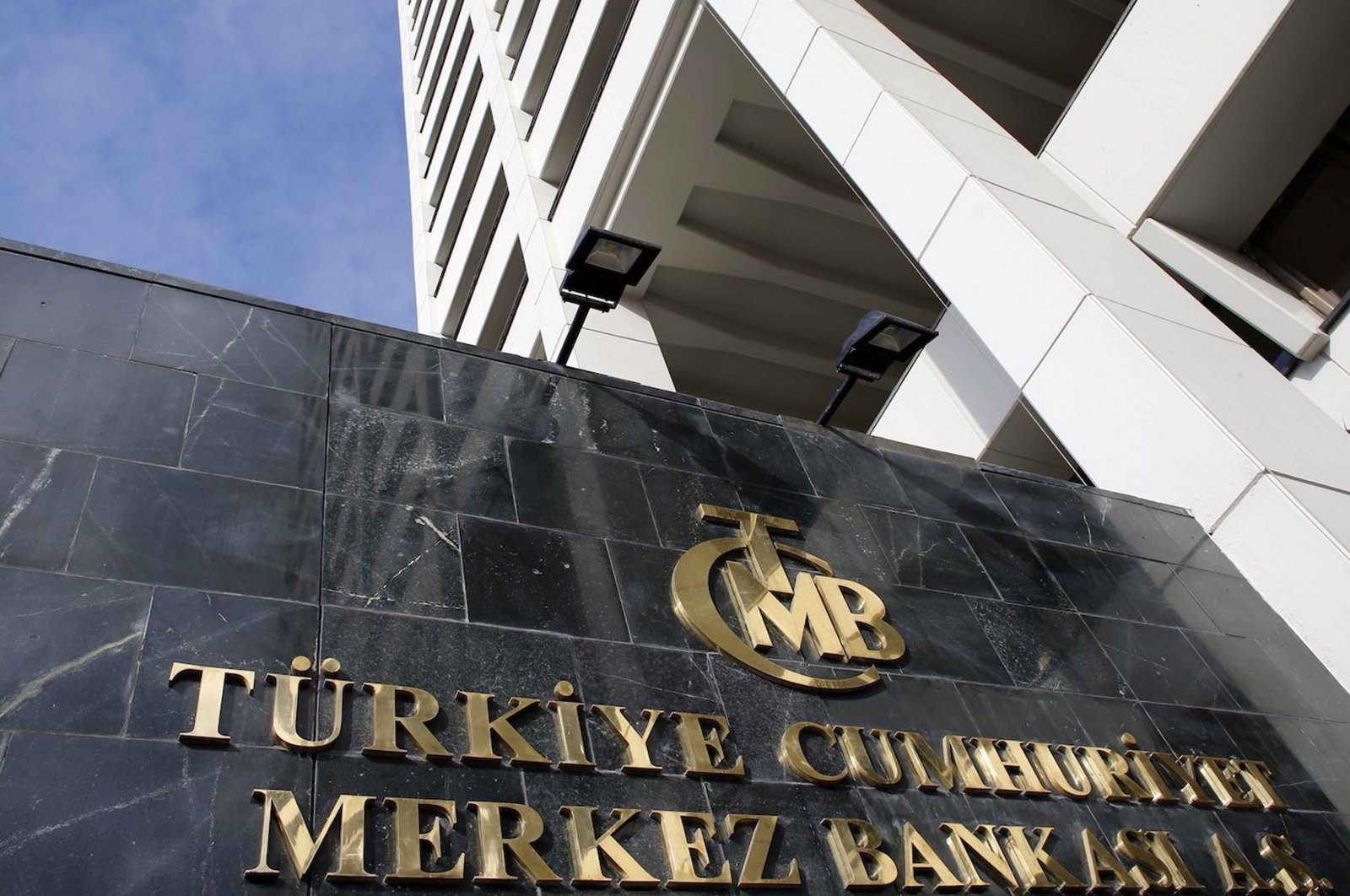 Headquarters of the Central Bank of the Republic of Turkey is seen in Ankara. (Reuters Photo)
by Daily Sabah with Wires Mar 17, 2020 2:10 pm
Edited By Alen Lepan

Following in the steps of central banks around world, the Turkish central bank in an emergency meeting cut its benchmark one-week repo rate from 10.75% to 9.75% as it responded to the negative impact of the coronavirus on the global growth outlook

The Central Bank of the Republic of Turkey (CBRT) cut its key interest rate by 100 basis points on Tuesday in an earlier-than-scheduled policy meeting and took steps to support volatile financial markets to offset the negative impact of the coronavirus.

In its 7th consecutive rate cut in an aggressive easing cycle since July 2019 designed to boost economic growth, the bank cut its benchmark one-week repo rate to 9.75% from 10.75%.

The bank was set to meet Thursday, but with fears of the virus mounting and cases climbing worldwide, the meeting was moved ahead.

The bank’s Monetary Policy Committee (MPC) said that despite the recent slide in the Turkish lira, the sharp fall in international commodity prices combined with a broader economic slowdown will help lower Turkish inflation more than expected.

Inflation was a pressing issue for the economy in the second half of 2019 when it surged to a 15-year high above 25%. But it has since dropped gradually throughout last year and briefly touched single digits, going all the way down from 20.35% in January to 8.55% in October, thanks mostly to base effects from high volatility in exchange rates in 2018. It closed the year at 11.84% in December. In response to the hike, the CBRT had raised its policy rate to 24%, where it stayed until last July.

The consumer price inflation rose less than expected to 12.37% year-on-year in February. Month-on-month, consumer prices rose 0.35%, according to the Turkish Statistical Institute (TurkStat).

"In order to contain negative effects of the coronavirus pandemic on the Turkish economy, it is of crucial importance to ensure the healthy functioning of financial markets, the credit channel and firms' cash flows," the bank said.

The bank unveiled measures including the provision of lira liquidity with an interest rate 150 basis points lower than the benchmark one-week repo rate, through repo auctions with maturities up to 91 days.

These measures aim to boost predictability by providing banks with flexibility in the Turkish lira and foreign exchange liquidity management, offering targeted additional liquidity facilities to banks to secure uninterrupted credit flow to the corporate sector.

The bank said it would also provide banks with as much liquidity as they need through intraday and standing overnight facilities.

Central banks such as the U.S. Federal Reserve and the Bank of England (BoE) have also taken urgent measures to contain the fallout from the coronavirus. Economists said the Fed’s move opens the door for Turkey’s central bank to ease policy by even more.

Turkey identified 29 new cases of the coronavirus, bringing its total to 47, Health Minister Fahrettin Koca said on Monday, marking the highest daily rise since the country announced its first case last week, as the country embarked upon measures to mitigate its spread.

Last Wednesday, the country became the last major economy to report an outbreak after taking what the World Health Organization (WHO) described as “vigilant” measures to delay it.

On Monday the country imposed flight bans on six more countries including the U.K. and the United Arab Emirates, bringing the total number of countries to 20. The country also said it will temporarily close cafes, sports and entertainment venues and is suspending mass prayers in mosques to contain the spread of the coronavirus.

Treasury and Finance Minister Berat Albayrak on Monday said measures will be taken to ensure markets have access to liquidity, adding that support will be provided to all sectors of the economy beginning with those more affected.

President Recep Tayyip Erdoğan expected this week to announce new measures to reduce the economic impact of the virus.

Turkey is considering tax relief for businesses as one possible step to help the economy through a slowdown in the face of the spreading coronavirus, Reuters cited two sources as saying on Monday.

Adjustments to tax regulations may be on the agenda as the government decides how to help companies and small businesses especially in the export and tourism sectors seen as vulnerable, said the sources, who are aware of the planning.

“Some tax regulations may come on the agenda but a final decision has not been made,” said one of the two sources, who requested anonymity. The government will provide “serious support” to help businesses, the person added.

Debt repayments could also be delayed or deferred, said the two sources, adding that the central bank and BDDK financial regulator are expected to take steps.

The country is the world’s sixth-largest tourism destination but waves of travel restrictions and flight cancellations could pinch a sector that accounts for some 12% of the economy.

Separately, the central bank Monday lowered the remuneration rate on required reserves to 6% from 8%, effective on March 20.