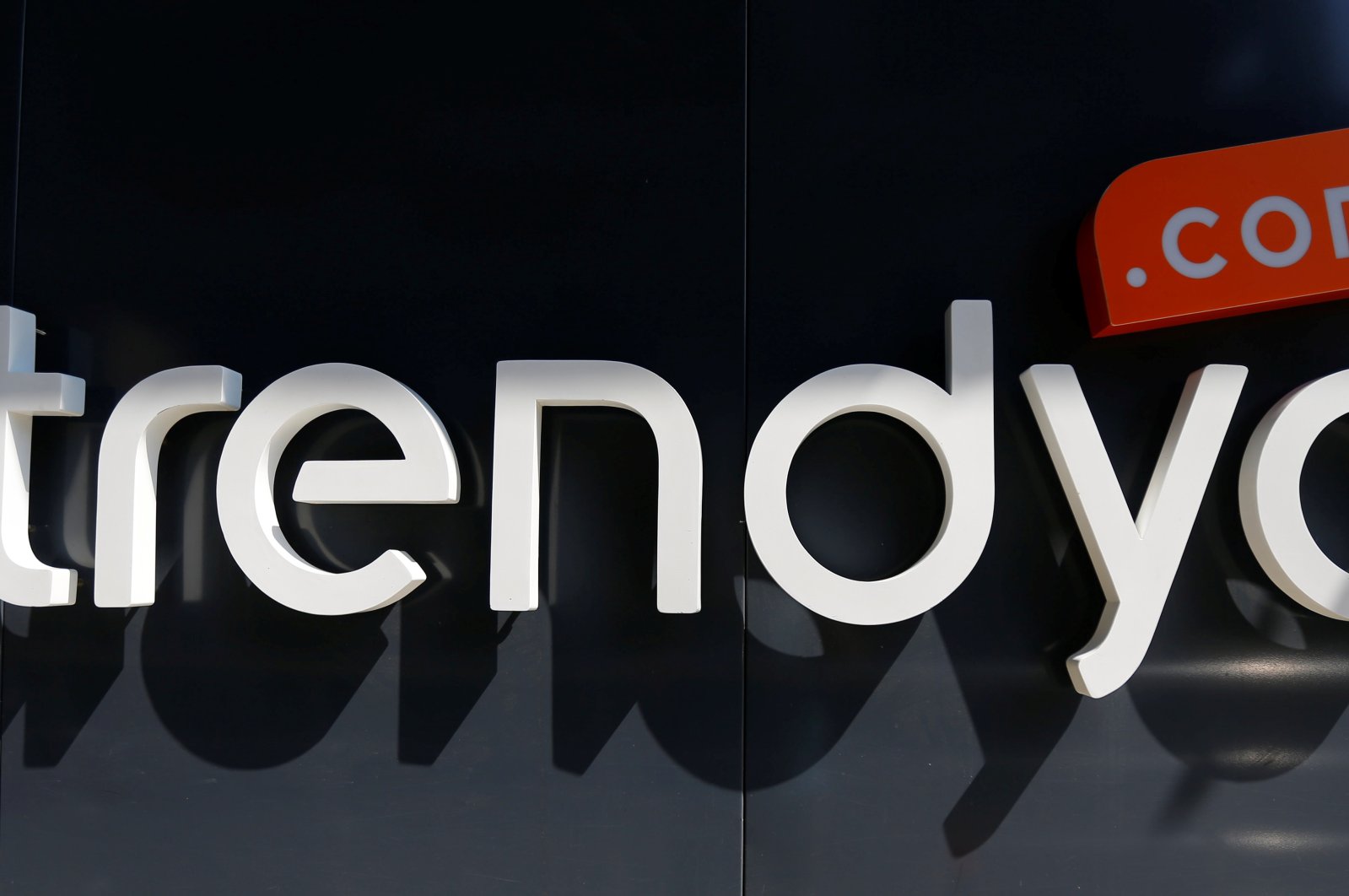 The logo of Turkey's leading e-commerce company Trendyol is pictured at the entrance of the company's headquarters in Istanbul, Turkey, June 22, 2016. (Reuters Photo)
by DAILY SABAH WITH AA Oct 26, 2020 11:48 am
RECOMMENDED

One of Turkey's largest e-commerce companies, Trendyol, has employed an additional 1,000 employees in the last three months to provide the best shopping experience to customers while enabling countrywide small- and medium-sized enterprises (SME) that it has partnered with to enlarge their businesses and contribute to the national economy.

The company said in a statement Monday that the number of its employees has reached 12,000 with additional staff employed for storages, innovation center, Trendyol Express and its recently established fast-delivery supermarket services.

Trendyol Executive Board Member Ozan Acar, whose views were included in the company statement, said that they aim to be among the companies that create positive value for Turkey with the strength they receive from the Trendyol ecosystem.

“With this aim, we create more job opportunities, contribute to the economic development of Anatolian provinces and increase women’s participation in the national economy,” he said.

Acar stressed that Trendyol directly employs 12,000 people, while with the indirect employment the company has created through its business partners, “this figure reaches approximately 730,000 people.”

Trendyol sells products in a wide variety of categories such as clothing, decorations, cosmetics and electronics, and also grocery and supermarket products with the recently opened branches.