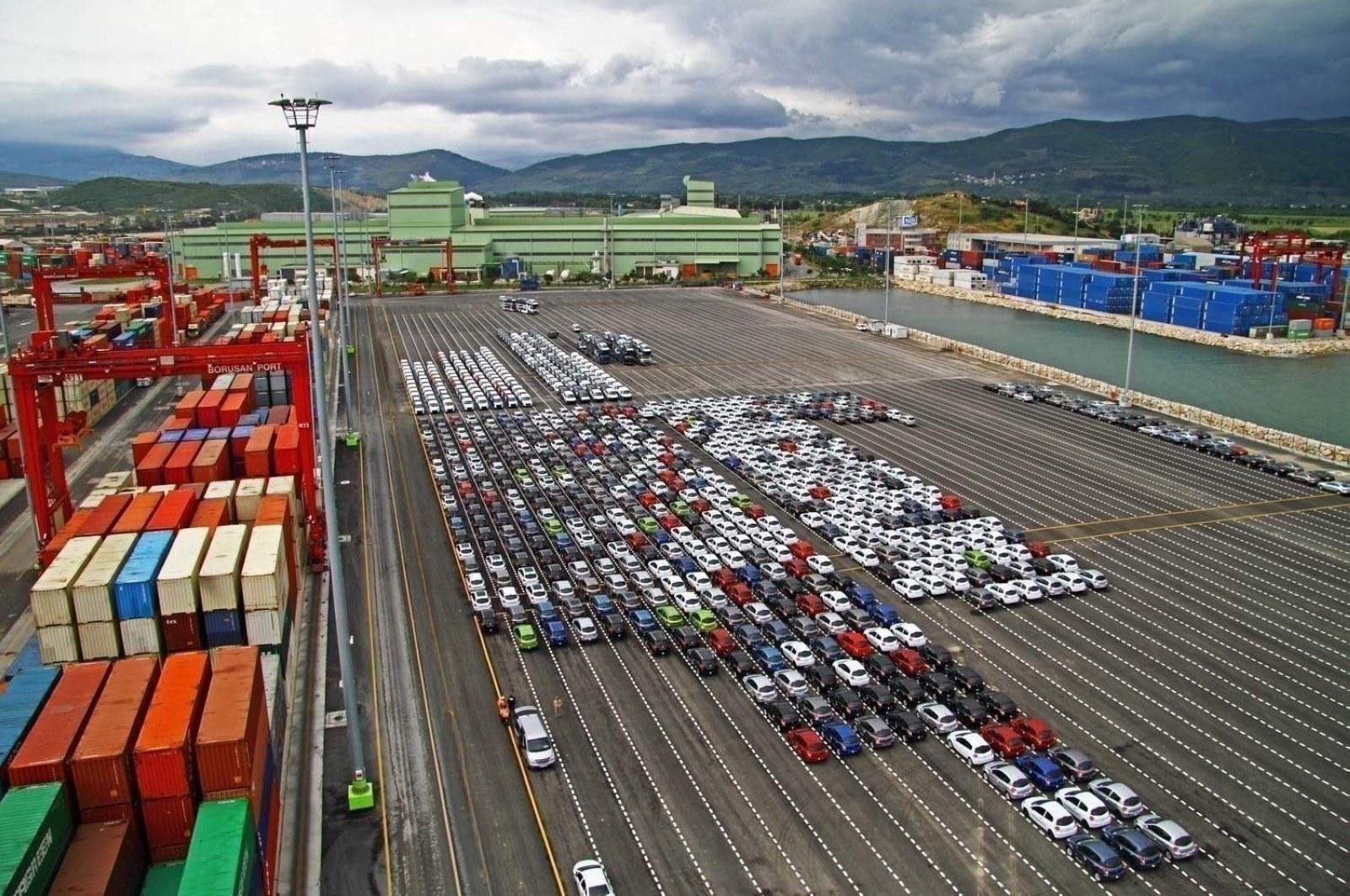 An auto manufacturer in northwestern Bursa province, Turkey, May 6, 2020. Turkish exports to the EU decreased due to COVID-19 quarantine measures in the last two months. (İHA Photo)
by DAILY SABAH May 06, 2020 4:30 pm

Turkish exports have been shrinking due to a cut in demand in major markets but will soon start to recover, Trade Minister Ruhsar Pekcan said Wednesday.

“We will enter a process of recovery with the cooperation of our ministry, exporters and business world, and the support of our government,” Pekcan said in a videoconference with the heads of the European Business Council of the Foreign Economic Relations Board (DEİK).

Noting that exports to European Union countries increased by 4.1% in the first two months of 2020, Pekcan said falling demand due to quarantine measures caused a decrease in exports.

Speaking on the FX shortage, Pekcan said Turkey will overcome this problem through the expansion of trade in local currencies among Turkic Council members.

Earlier on Monday, Treasury and Finance Minister Berat Albayrak said Turkey will take decisive steps regarding trade in the local currencies of countries with which it runs trade deficits while shoring up import regulations over the coming two months.

Trade conducted in local currencies will come to the fore in the coming period amid an attempt to ensure more balanced trading relations, Albayrak told the Sabah newspaper in an interview.

Noting that Turkic countries should prioritize agreements on bilateral and regional services, trade, investment and e-trade, Pekcan also urged these countries to act jointly for the effective use of railways in foreign trade during the period of the pandemic.