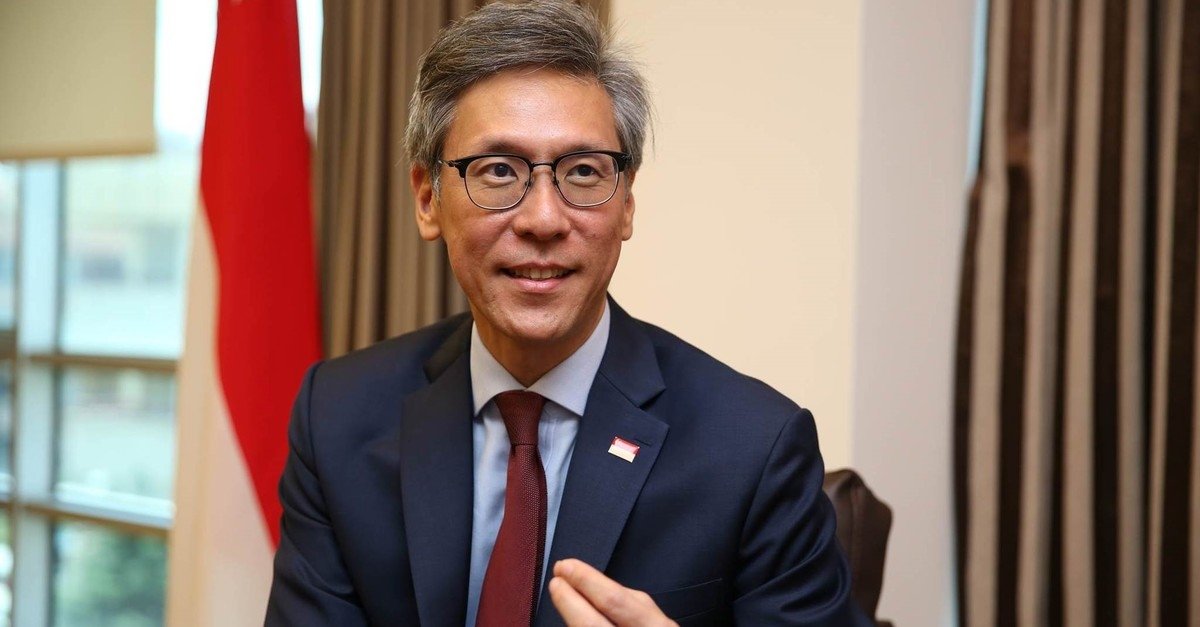 The largest regional free trade agreement ever, the RCEP, will provide significant benefits and opportunities for Turkey while also boosting Turkey-Singapore cooperation in various aspects

“The RCEP agreement will also allow Turkish companies in Singapore to better take advantage of regional supply chains,” he stated, saying that regional cumulation will allow businesses to include the use of raw materials and parts sourced from any of the 15 RCEP markets as originating content, meaning goods that originate in an RCEP country.

Tow elaborated that Turkish companies can also benefit from improved market access for trade in services in some RCEP markets and enhanced investment measures while coverage under the e-commerce, competition policy and intellectual property chapters will provide a more conducive trade environment and added protection for businesses.

“As a key regional agreement, the RCEP will complement Singapore’s existing network of FTAs, including with Turkey, expand economic space and boost trade and investment flows,” Tow said, adding that the RCEP will broaden and deepen Singapore’s economic links and connectivity with the region, open up opportunities and provide businesses with preferential access into growing markets.

The RCEP is a free trade agreement between China, Japan, South Korea, Australia, New Zealand and the 10 members of the Association of Southeast Asian Nations (ASEAN); namely Brunei, Vietnam, Laos, Cambodia, Thailand, Myanmar, Malaysia, Singapore, Indonesia and the Philippines; that was signed on Nov. 15.

The agreement is expected to boost post-pandemic global trade and cement Turkey’s role in the region by opening new export markets to the country. Turkey posts a foreign trade deficit with 12 of the 15 countries and is primarily a buyer when it comes to trade with the Asia-Pacific region. Turkey has FTAs with three members of the RCEP: Malaysia, Singapore and South Korea.

As the world’s biggest trade deal, the RCEP covers a population of 2.2 billion and a combined gross domestic product (GDP) of $26.2 trillion, according to the International Monetary Fund (IMF).

“Amidst the COVID-19 pandemic, a regional agreement like the RCEP demonstrates the RPCs’ (RCEP Participating Countries) solidarity and signals their strong commitment to maintain open and connected supply chains during difficult times,” Tow said, adding that the agreement will contribute to global economic growth and development.

The envoy also stated that as a comprehensive and mutually beneficial economic partnership, the RCEP comprises 20 chapters to boost cooperation and trade, including trade in goods and services, intellectual property, competition and dispute settlement.

Saying that Turkey and Singapore are long-standing partners with warm relations, Tow reiterated that there are many Singapore companies that have invested in Turkey.

He gave the examples of PSA International, which manages one of Turkey's largest ports, Mersin International Port, handling 1.7 million 20-foot equivalent units, and has invested $1 billion in the venture over the years.

Another significant Singapore company operating in Turkey is Olam International, a global agricultural and food business that owns the Progıda brand and is Turkey’s second-largest producer of hazelnuts with factories in the northern Samsun, Giresun and Ordu provinces.

Furthermore, DP Architects, one of the largest architecture firms in the world, designed the redevelopment plans for Istanbul’s historic Haliç Shipyard, which was launched in February 2019 by President Recep Tayyip Erdoǧan.

Tow also touched on the significance of the free trade agreement between the two countries, saying it is “an important pillar of bilateral relations.”

“The agreement sends a strong signal of growing economic ties between Singapore and Turkey and gives the opportunity to grow trade between our countries and regions,” Tow said.

“There is commercial interest from Singapore companies to engage Turkey in the consumer goods, health care, urban solutions and technology sectors, with opportunities for B2B collaborations. Turkey is also a net exporter of many food products. We are interested to grow bilateral trade in this sector.”

These collaborations will generate economic activity for employment, consumerism and overall growth for both countries, the envoy stated.

Signed in November 2015, the Turkey-Singapore Free Trade Agreement (TRSFTA) entered into force in October 2017 and is the most comprehensive FTA that Turkey has ever signed, which also includes the public procurements and services sector together with trade and investment.

Singapore has granted immediate duty-free access for all imports from Turkey, while 80% of Singapore’s originating exports have enjoyed tariff-free access into Turkey since the TRSFTA entered into force and coverage is set to rise to 95% from now to 2027, according to Tow.

“Turkish companies are able to bid on procurement contracts from the Singaporean government, and Singapore companies have the same access to Turkish tenders,” the ambassador added.

“The TRSFTA encourages trade and investment flows between both countries by including areas of interest to Singapore and Turkish companies, such as retail services, business services and construction services,” he stressed, saying that there is also improved market access for Turkish service providers entering the Singapore market for the committed sectors under the FTA.

“For example, there are no foreign equity limits on foreign investors. There is equal treatment as goods, and services are not discriminated against local or other foreign investors in Singapore,” Tow said.