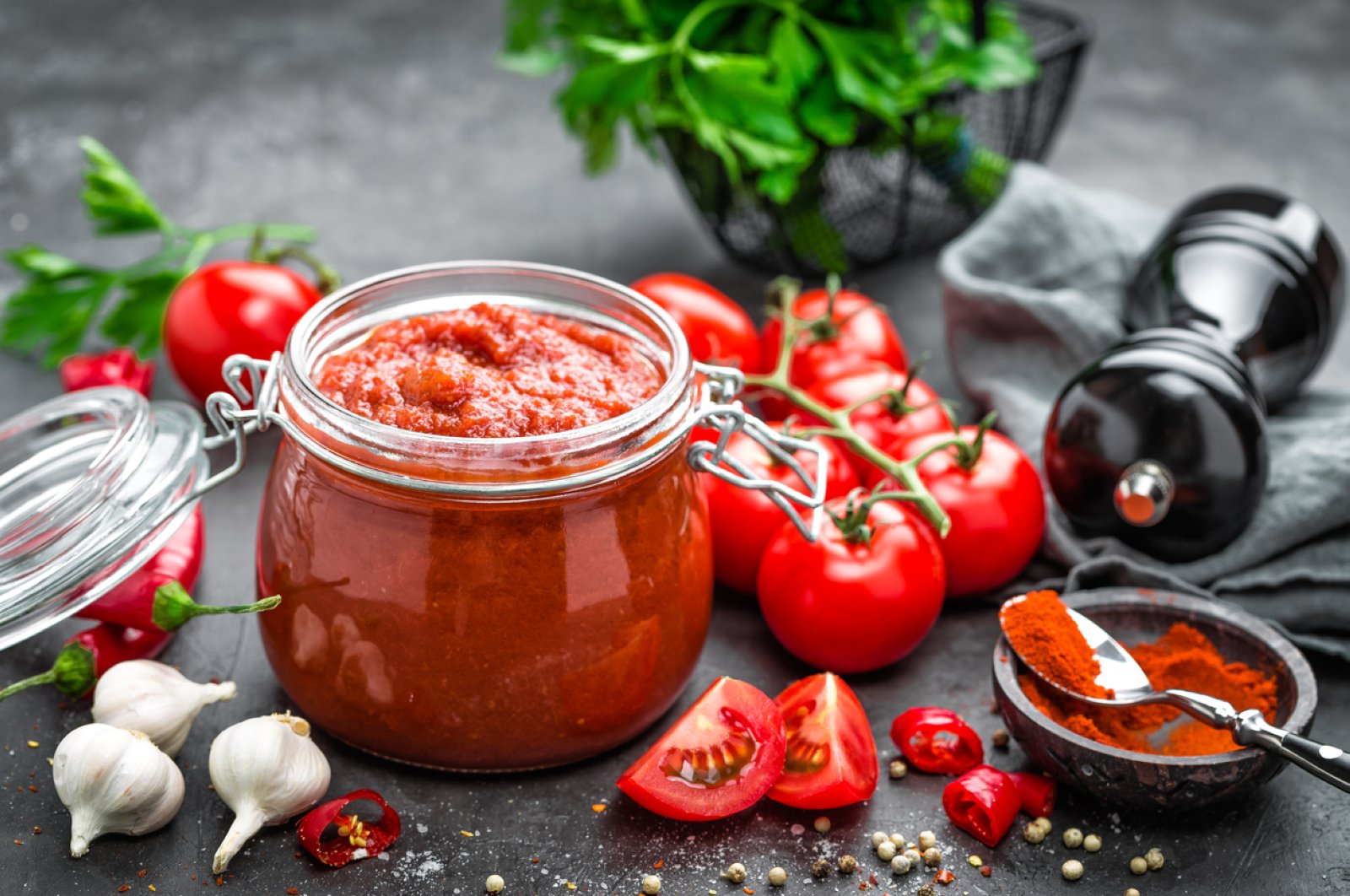 Tomato paste is among the products that saw an increase in exports from Turkey during the Coronavirus pandemic. (iStock Photo by Yelena Yemchuk)
by Feride Cem May 18, 2020 3:03 pm
RECOMMENDED

Turkey's successful fight against the new coronavirus, along with the hesitations or supply disruptions on purchases from countries hit hard by the pandemic, has strengthened the brand image of Turkish food. As a result, orders from Asian and European purchasing groups have significantly increased – up to 100% in some product categories, sector representatives said.

Many purchasing groups from Asia to Europe shifted their orders to Turkey, especially for products like packaged food.

The bestselling products during this period were ketchup, various kinds of sauce and tomato paste in particular.

Meanwhile, production in Italy and Spain have been severely hit as factories were forced shut, pushing more and more customers toward Turkey.

Despite the 14% tax imposed by the European Union on Turkish products, giant market chains in Europe orders from Turkey, sector representatives said. It has even started selling tomato paste to Denmark, which has never bought this product from Turkey before.

Assen Foods Chairman Ali Kibar said countries like Malaysia and Thailand, which were purchasing Chinese products before, have now turned to Turkish manufacturers.

He added that they have seen a significant acceleration in exports as well as an increase in demand in the domestic market during the pandemic period.

Dardanel Gıda CEO Mehmet Önen said, "When our competitors failed to manufacture in Italy, Turkey became the most important alternative for Europe and saw a boom in orders.”

Önen said Israel was also among the countries that significantly increased its imports from Turkey.

"Exports to Israel which were at just $1 million in past months reached $4 million in March," he said, adding that they also sell a huge amount of food products to Azerbaijan, Romania and Georgia.

Tomato Paste, Frozen and Canned Food Industry Association (SALKONDER) Chairman Hakan Turan said thanks to its exemplified fight against the pandemic, Turkey has emerged as a safe harbor in this tough time.