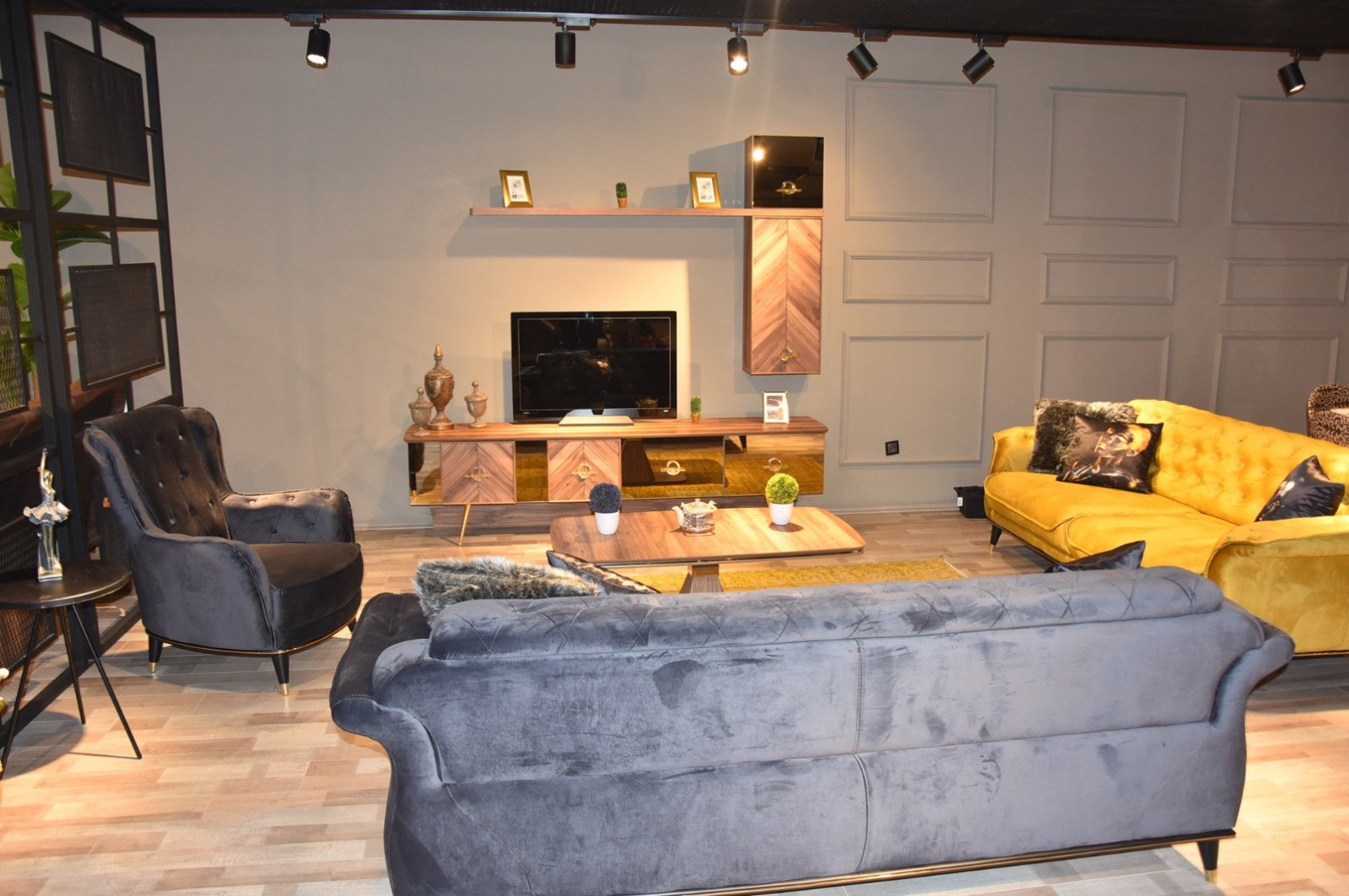 Furniture is seen in a store in the Inegöl district of Turkey's northwestern province of Bursa. (File Photo)
by DAILY SABAH WITH AA May 15, 2020 1:27 pm
RECOMMENDED

As Turkey has started to ease measures against the coronavirus, the country's furniture sector is getting prepared for the post-pandemic period by accelerating production activities.

After the spread of the COVID-19 virus across the globe, several sectors had to reduce or stop their businesses in many countries, including Turkey.

The manufacturing sector was one of the most-affected sectors due to measures to stem the spread of the virus, such as lockdowns.

Koray Çalışkan, the chairman of Turkey's oldest furniture mall Modoko, said the sector decided to speed up production as of May 1.

The sector's exports decreased by 12% in March and around 40% in April on an annual basis, he said.

"Our aim is not to slow down production. We focused on wedding shopping, online trade and summer houses in the domestic market," he added.

Modoko, which is celebrating its 50th anniversary, had plans to open two furniture showrooms abroad, one in the United States and the other in the United Arab Emirates, Çaliskan said, but after the pandemic, the projects were postponed, and they opened a website for online trade.

The retailer last October announced it would open a branch in the U.S. to sell wares and contribute to the two countries’ $100 billion bilateral trade target. The showroom was said to have a minimum size of 15,000 square meters (49,213 square feet) and feature 80 brands that would include all the needs of a business – management, sales, service, logistics, advertising and legal.

"Some firms have even increased their sales (during the pandemic period). There is mobility in sales of worktables, chairs and more comfortable minimal seats," he stated.

Exports to rise in June

Nuri Gürcan, the head of the Furniture Industry Businessmen's Association, said Turkey can raise its share in markets where China's activity has decreased during this period.

He recalled the $100 billion bilateral trade target between Turkey and the U.S., and said Turkey can take a share from the U.S. market.

Gürcan asserted: "Italy is the only competitor of Turkey in the furniture sector globally, but we can produce well-designed furniture products faster and cheaper than Italy."

He also said the sector expects an increase in exports as of June.

The government, he said, took all necessary steps to protect manufacturers and added that the sector also expects some easiness for freight shipments in customs.

Turgay Terzi, the head of Istanbul-based furniture firm Art Design, said his firm closed after the virus broke out in Turkey in March and reopened last week.

"We continued to produce furniture while we were closed. We were in contact with our customers over telephone and video chat systems and used 3D applications," he said.

People's preference was for stylish yet comfortable furniture during this period, Terzi remarked.

"Office furniture is not suitable for home use, so we blended office and home furniture, such as a dining table that can be used as a worktable as well," he highlighted.

"There is a half-decrease in both production and sales compared with the last year; the wheels are spinning slowly."

Terzi also said that his company did not stop its investments and is planning to open a new branch.

Measures to stem the spread of the virus caused economic slowdown across the globe, especially in the aviation, travel, tourism and manufacturing sectors.