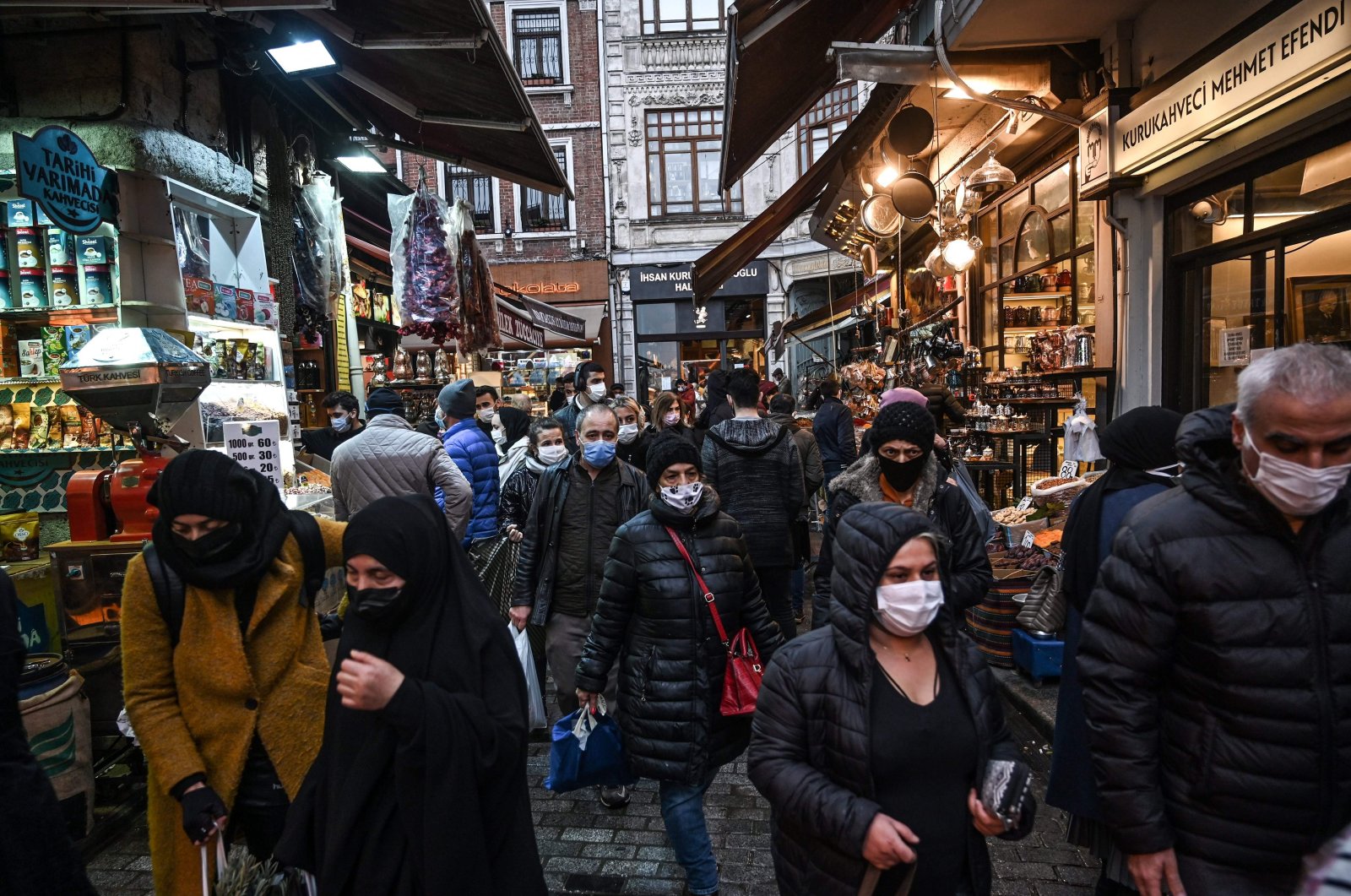 Support for Turkish businesses, announced by the country’s president, will help ease the burden on tradespeople due to the coronavirus pandemic and related lockdowns and help curb the losses, according to sector representatives.

President Recep Tayyip Erdoğan on Tuesday announced a grant and rental support for businesses and promised to continue discounts for value-added taxes.

Erdoğan’s remarks came as the government this month reintroduced weekend lockdowns as well as nighttime curfews and closed restaurants and cafes amid a spike in infections and deaths.

Turkey has avoided a full lockdown since the beginning of the pandemic to keep the country’s economy running.

In an address after a Cabinet meeting in the capital Ankara, the president said the government will provide the tradespeople with nearly TL 5 billion ($637 million) worth of support for three months.

The money will be extended as a grant and businesses such as taxi, midibus and service vehicle managers, bazaar vendors, tailors, auto mechanics, hostels, dorms and kindergartens will benefit from it.

In metropolitan cities, shop owners will be given TL 750 worth of rent support, while other cities will receive TL 500.

“Within the framework of these two support items, we plan to provide a total of TL 5 billion of grant support to our tradesmen over the next three months,” Erdoğan said.

“We find the measures positive and believe that they will allow tradesmen, the main pillar of the market, to recover some of their pandemic losses,” Avdagiç said.

Yet, Avdagiç told Anadolu Agency (AA) that they expect the government to extend this positive decision to include other businesses as well.

“Such a decision has been taken for the first time in our country, and the tradesmen will be directly supported,” said Istanbul Union of Chambers of Tradesmen and Artisans (ISTESOB) head Faik Yılmaz.

“The tradesmen have been in great distress. The support provided will cure our problems at least to some extent,” Yılmaz noted.

He called on citizens to make purchases and help shopkeepers in their neighborhoods to continue working.

The Value Added Tax (VAT) which was reduced from 18% to 8% in business renting services will also remain at 8% until the end of the first half of next year.

Other VAT reductions introduced in several sectors will also remain in effect until June of the next year.

As part of the relief package announced in March, the government had provided financial support to cushion the economic fallout from the outbreak. It had slashed taxes for hard-hit sectors and unlocked funding for workers.

Avdagiç stressed the extension of VAT cuts would allow businesses to see the path ahead more clearly and contribute to the fight against inflation and support the Turkish lira.

He said the measures, including extending the duration of the VAT reduction applied in workplace rentals, continuing VAT reductions in many sectors such as food and drink, accommodation, passenger transport and providing rental support to tradespeople would at least to some extent ease the negative impact brought by the pandemic.

Ramazan Bingöl, chairperson of the Association of All Restaurants and Suppliers (TÜRES), stressing that restaurants are among the hardest-hit industries, said that such measures will help curb losses to some extent.

“Our losses are high because we are closed. It is especially important for our small tradesmen,” Bingöl said.

In addition, Erdoğan also said the country has started to see the positive effects of the restrictions and other measures. He extended his thanks for the "public sacrifice."

On the economic effects of the pandemic, Erdoğan stressed that the Turkish economy is ready to face tough tests, to navigate various scenarios and to benefit from emerging opportunities.

Turkey will continue its reform program to improve the investment climate and address investors’ doubts, he added.

The president stressed Turkey was working to bring interest rates down to “appropriate” levels for markets, and he called on citizens to convert their savings to liras.

The Central Bank of the Republic of Turkey (CBRT) last month hiked its key rate by 475 points to 15% to contain a fall in the lira and double-digit inflation.

Erdoğan said he expects foreign investment in Turkish assets to ramp up. He also emphasized he will bring promised economic and judicial reforms to the Parliament after budget talks conclude.