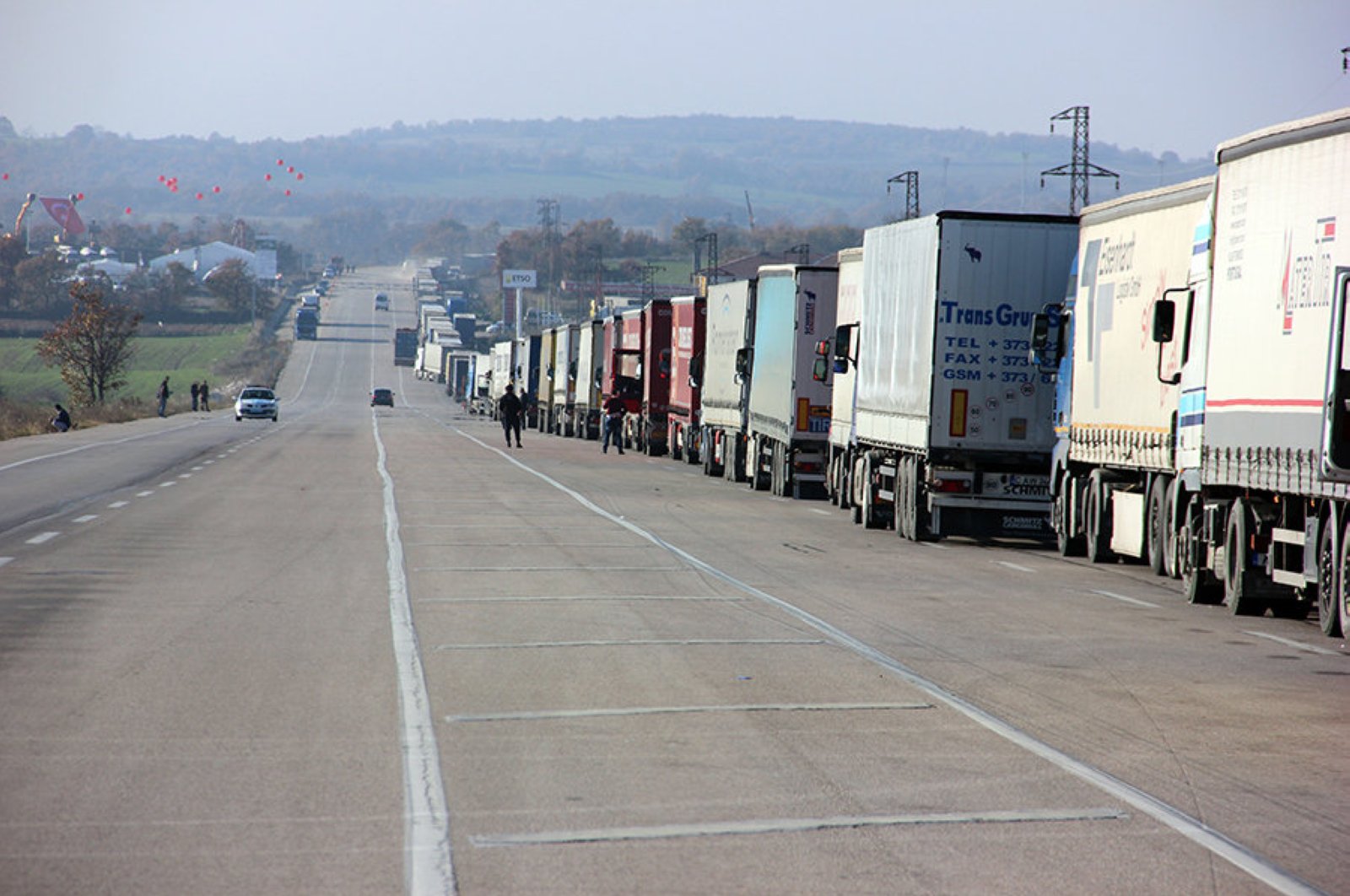 The new coronavirus outbreak has brought several issues to the global forefront and transportation of goods is one of them as an increasing number of countries close their borders with neighbors to prevent spreading the pandemic. Turkish haulers, meanwhile, have demanded that the EU temporarily remove the “quota” and “transit document” barriers for transporting goods from Turkey to Europe to prevent urgent supplies from getting stuck at border gates.

Fatih Şener, head of strategy and business development at the International Transporters Association (UND), said trucks carrying masks and pharmaceutical raw materials may have to wait at the Kapıkule Border Gate, in northwestern Tukey’s Edirne province bordering Bulgaria, for as long as five days for the transit documents. He demanded at least a temporary solution to such problems as the Turkish haulers have been struggling for years.

Şener emphasized the importance of logistics in the fight against the new coronavirus, which emerged late last year in the central Chinese province of Hubei. The virus outbreak was declared a pandemic by the World Health Organization (WHO) late Wednesday.

Şener was cited in a Thursday report by Turkish daily Dünya as saying that as the negative effects of the coronavirus on human health and economies increase, “it is vital to deliver materials such as medicines, pharmaceutical raw materials, masks, disinfectants and food quickly and safely to the target markets during this process.”

The transit documents requirement should be removed, and the quota implementation should be halted, as requested by Turkish carriers, Şener said, noting that the haulers heading toward European countries such as Germany currently need to receive transit documents to pass through countries, namely Hungary or Slovenia.

He said at a minimum, they hope, the protocols will be removed for environmentally sensitive Euro 5 and Euro 6 vehicles.

Turkey has also initiated several other processes to aid trade and transportation via virus-hit Iran and Iraq, along the countries’ southern borders which were also closed as a precaution. With the coordinated works that are carried out by the Trade and Health Ministry, trade with those countries is set to be carried out via a buffer zone along the borders. The process has recently begun for the Iraqi border; however, it is still continuing at the Iranian border, a country which was severely affected by the outbreak with growing numbers of contagion and death cases.

UND officials stated that some 500 trucks are reaching the buffer zone located at the exit of the Habur Border Gate in southern Turkey’s Şırnak province along the Iraqi border daily. The border gate was initially closed for the cross passing on Feb. 29.

The intensive efforts in the region are likely to increase the export output speed to 700 vehicles per day. Before the borders were closed, an average of 1,500 rounds were made to Iraq daily.

The vehicles entering from Iraq to Turkey are now also subjected to a disinfection process, and the vehicles are kept for three hours afterwards. Emphasizing that UND closely monitors the process, the officials said: “Protective materials such as mask, gloves and disinfectants provided by UND are distributed to all drivers and those entering the area (buffer zone). In addition, warnings are given to ensure that the drivers do not touch each other during the load change and comply with the health rules."

UND CEO Alper Özel further announced that some 700 trucks that left Turkey and were stuck along the Turkmenistan-Iran border due to border closures are now finally heading toward the country without unloading their contents.