Turkish industrial output grows at fastest pace in over 2.5 years 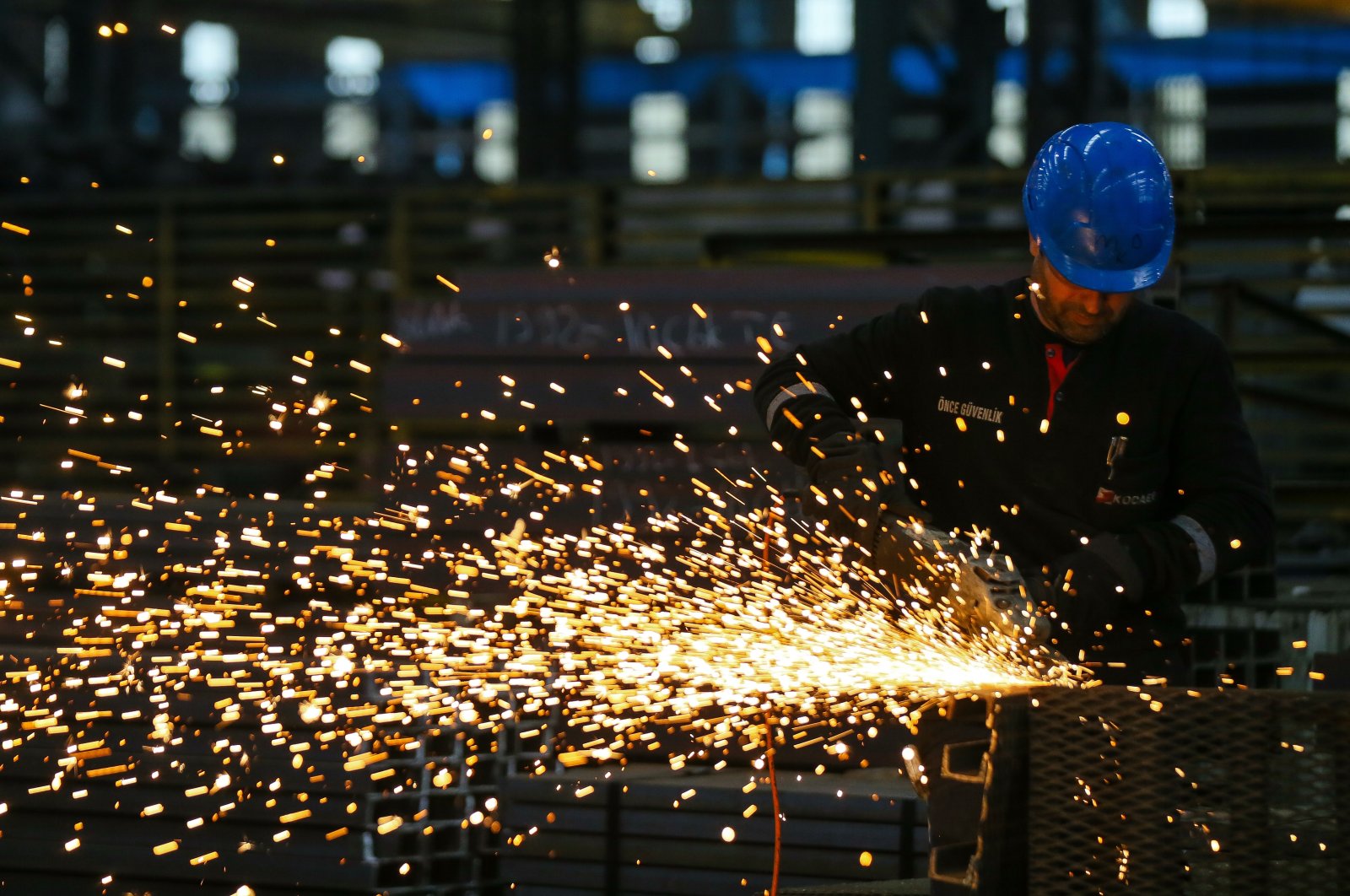 Turkish industrial production leaped 10.4% year-on-year in August, official data showed Tuesday, as economic recovery picked up in a rebound from the coronavirus lockdown from March to June.

It is the output’s highest performance since January 2018, Industry and Technology Minister Mustafa Varank said.

Treasury and Finance Minister Berat Albayrak said on Twitter the figure placed Turkey first among the Organisation for Economic Co-operation and Development (OECD) members and second in the world.

“We are one of the fastest-recovering countries in the industry,” Varank said on Twitter.

“Orders, investments, production and exports are on the rise in the manufacturing industry,” he said, adding that this revival would be reflected in employment and growth in the third quarter.

Month-on-month, industrial production was up 3.4% in August on a calendar and seasonally adjusted basis, the Turkish Statistical Institute (TurkStat) said.

“Overall, industrial production continues to rebound with higher than expected August data after the V-shaped recovery in recent months, pulling the index (to) record highs,” ING said in a note Tuesday.

“The reopening of the economy isn’t the only reason for this, large credit expansion along with other stimulus measures have contributed to this performance,” it added.

Turkey logged its first virus infection in March, and many factories halted operations soon after, leading to drops in production of 31.4% in April and 19.9% in May before a rise of 0.1% in June.

By sub-sector, the intermediate goods index posted the highest monthly and annual increases in August with 13.6% and 4.8%, respectively, TurkStat said.

With 12.6%, the durable consumer goods index posted the second-highest annual increase, followed by the manufacturing index with 11.4%.

The durable consumer goods index posted a monthly decline of 4.6% in August, while the energy index saw an annual drop with 0.8%.

The data hints that real gross domestic product (GDP) is likely to be higher in the third quarter than previously envisaged, ING said.

It added, though, the current pace of activity will likely stabilize in the coming period given the recent moves of Turkey’s Banking Regulation and Supervision Agency (BDDK) and the Central Bank of the Republic of Turkey (CBRT), aimed to slow down credit formation.

“We are returning to our previous growth forecast (around 0%) as our projection for significant recovery from the third quarter is also stronger than we had expected,” Bürümcekçi noted.

“The recovery of company activities was supported by government incentives. The July and August industrial production data point to a strong recovery in the third quarter,” said Enver Erkan, an economist at Tera Yatırım.

Turkey’s GDP in the April-June period shrank 9.9% from the year before after growing 4.4% in the three months prior, but a lockdown brought activity to a near standstill.

The economy is expected to grow by 0.3% this year as it recovers from the impact of the pandemic, according to the government’s New Economic Program (NEP) for the 2021-2023 period, announced by Albayrak last month.

The minister warned of a 1.5% contraction in the worst-case scenario.

In the tweet on Tuesday, Albayrak also stressed the upward performance of the retail industry.

Turkey’s retail sales volume with constant prices surged by 5.8% year-on-year in August, according to TurkStat data.

During the month, the highest annual increase was posted by non-food products – except automotive fuel – with 7.2%.

The volume of food, drink and tobacco sales increased by 5.2% while automotive fuel sales rose by 3.3% in August.

Among non-food indices, the highest increase was seen in electronic goods and furniture sales with 19%, while computers, books and telecommunications equipment sales expanded by 16.8%, and medical goods and cosmetic sales increased by 11% in August, year-on-year.

The volume of textile, clothing and footwear sales dropped by 17.7% in August. Meanwhile, sales by mail order and the internet climbed 92.6% year-on-year in August. Retail sales volume was also up by 1.4% in August on a monthly basis.

TurkStat also revealed that the calendar-adjusted retail turnover with current prices jumped 18.2% in August, on a yearly basis.

On the other hand, the total turnover index was up 23.5% in August, the data showed.

The index detected the biggest change in the trade sector, up 32.8% year-on-year in the month.

The industry sector registered an annual rise of 29.4%, while the construction index increased by 5.8% and only the services sector posted a drop with 5.2%.

Month-on-month, the seasonally and calendar-adjusted total turnover index was up 3%.