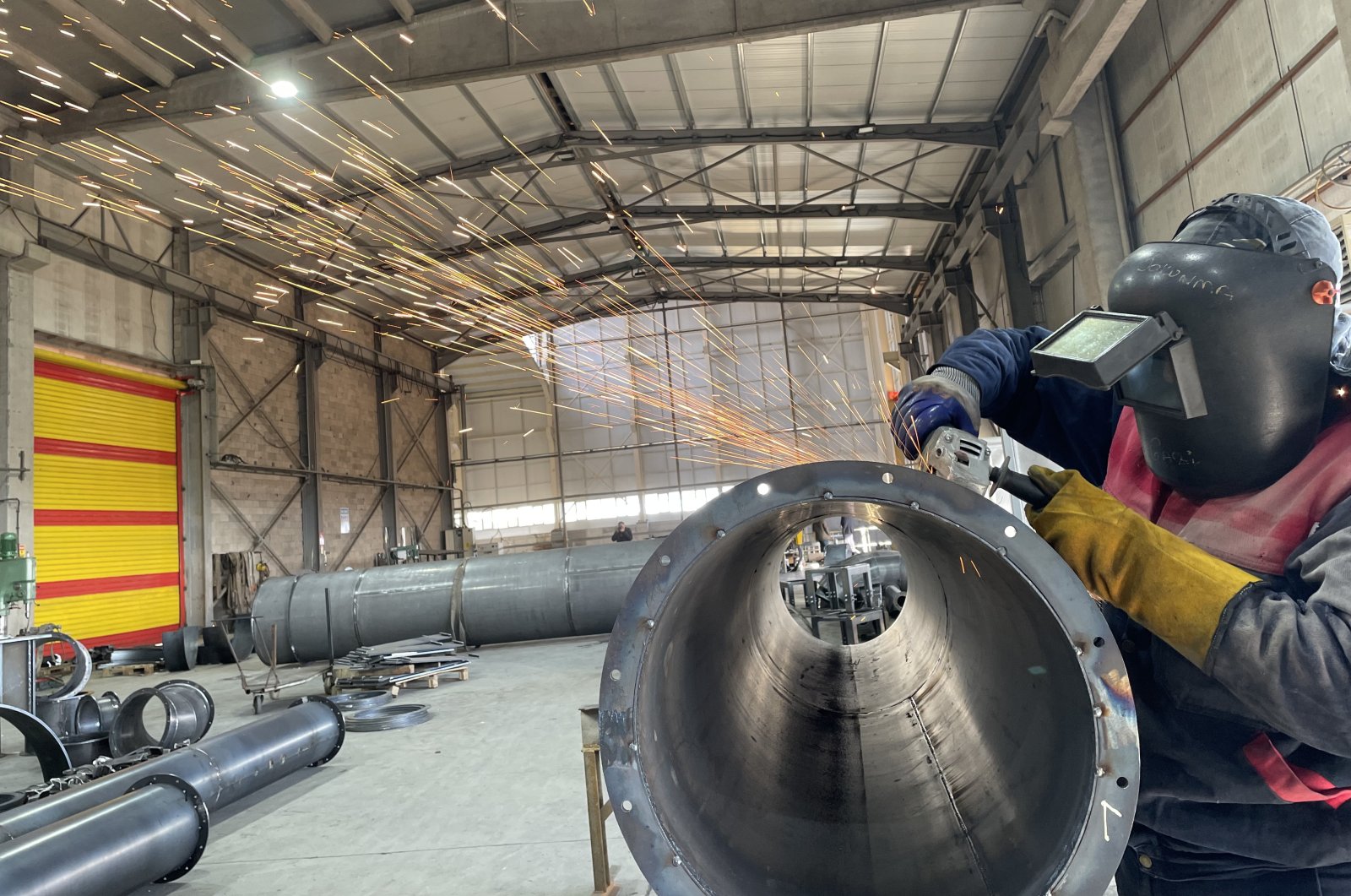 The output leaped 11.4% year-over-year in the month, the Turkish Statistical Institute (TurkStat) said, much more than the market forecast.

The data came after a strong run in which recoveries in consumption, exports and tourism set the economy on a path to double-digit growth in 2021, leaving 2020’s initial coronavirus fallout behind.

The data, along with figures showing retail sales soared 16.3% year-over-year in November, suggested the economy may have ended last year with around 10% gross domestic product (GDP) expansion.

The industrial output has been looking upward ever since the normalization period in mid-2020, despite momentum changes, said Enver Erkan, chief economist at Tera Yatırım.

Production had plummeted in early 2020 as many factories temporarily halted operations in the initial coronavirus wave. After a strong economic rebound in the second half of 2020, new virus-related curfews were adopted earlier in 2021 but manufacturing and the broader economy were largely unaffected. All measures were lifted in July.

In terms of leading indicators, Erkan noted the capacity utilization rate and the trend in exports remained strong. “This kept the production momentum strong in November. Industrial production continued the momentum it had gained in the opening and normalization period, after the bottom of the coronavirus pandemic,” he said in a note.

All sub-indexes increased in the month, with the best performer being the manufacturing sector, the TurkStat data showed.

The manufacturing index surged 12.5% on an annual basis in November, while the mining and quarrying index rose 7.5%. The electricity, gas, steam and air conditioning supply index went up 4%.

A group of 10 experts surveyed by the Anadolu Agency (AA) projected an 8.38% annual rise in the output.

On monthly basis, the manufacturing sector sub-index rose by 3.8%, while the electricity, gas, steam and air conditioning supply index went up by 0.4%.

On the other hand, the mining and quarrying index declined in November, dropping by 1.6% compared with October.

Turkey’s economy had registered a major rebound last year after a sharp slowdown a year earlier due to COVID-19 restrictions.

The GDP registered a historic 22% expansion in the second quarter, its highest annual mark since 1999. The economy grew 7.4% year-over-year in the third quarter.

Published in September, the government’s medium-term economic program projected that the economy would expand 9% in 2021 and grow a further 5% in 2022.

Yet, strong readings thereafter triggered strong views that the GDP would register a double-digit growth for 2021.

“We can expect a periodic loss of growth momentum, but within the overall outlook for 2021, we maintain the double-digit growth expectation of 10.8%,” said Erkan.

Jason Tuvey, senior emerging markets economist at Capital Economics, said data indicated that the economy held up well during the earlier parts of the slide in the Turkish lira.

“We doubt that this strength will last for much longer as the more pernicious effects created by very large falls in the lira in December filter through,” Tuvey said in a note.

The lira lost 44% of its value against the U.S. dollar last year, before the trend was reversed to some extent after the government announced a scheme to encourage savers to convert foreign exchange deposits, compensating depositors for any losses caused by the currency depreciation. Corporate accounts were added to the scheme this week.

The slide in the lira came after the country's central bank slashed its policy rate by 500 basis points to 14% from 19% since September. It will hold its next rate-setting meeting on Jan. 20.

A consistent and vocal opponent of high interest rates, President Recep Tayyip Erdoğan has been endorsing an economic model based on lower borrowing costs, which he says will boost production, investment, employment, and eventually, growth.