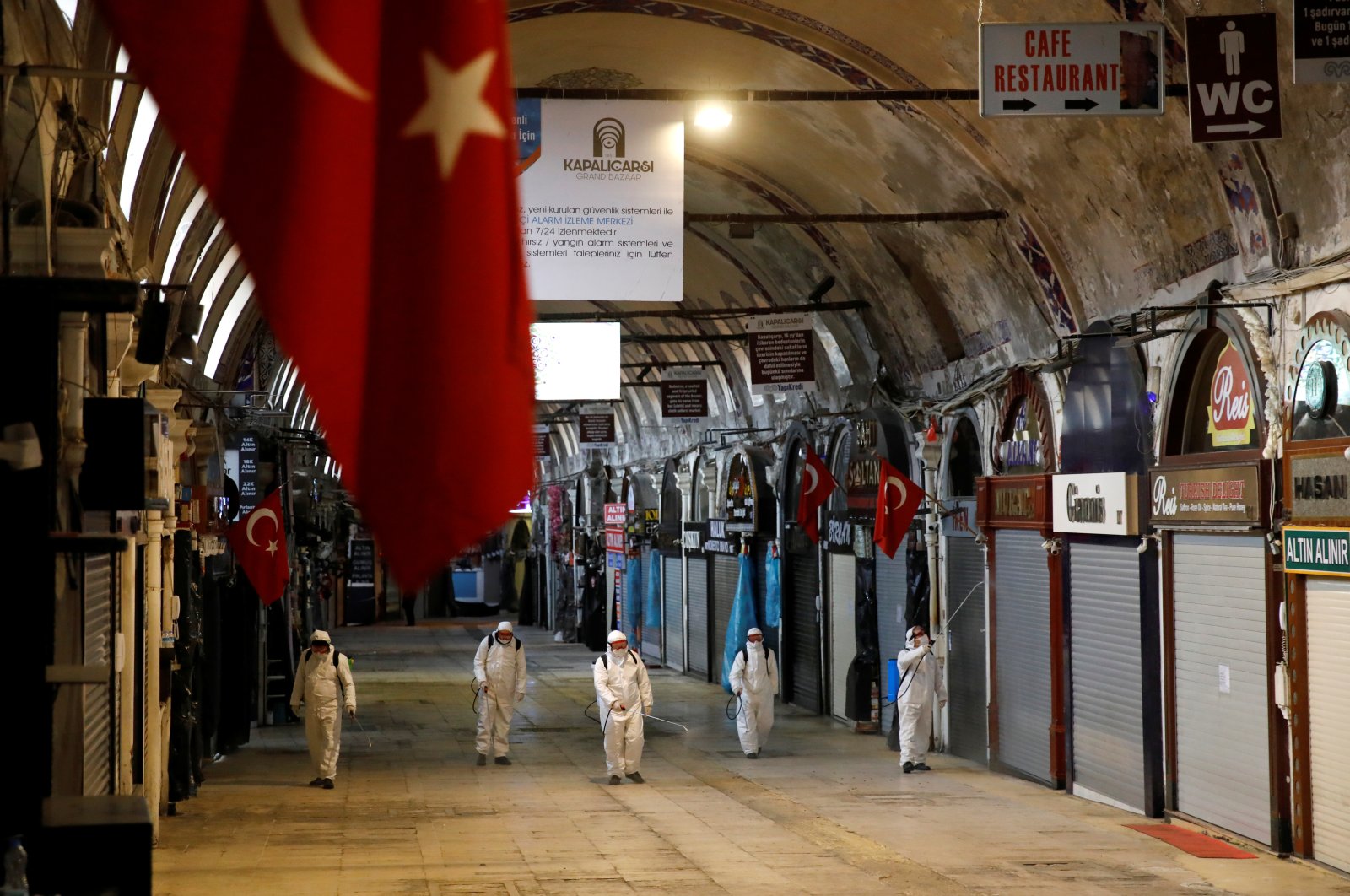 The announced measures are expected to help Turkey prevent greater economic loss from the pandemic by providing critical financing to businesses, while also playing an enormous role in maintaining jobs

A financial stimulus package announced by public lenders on Wednesday, in line with government measures to cushion the economic fallout from the coronavirus pandemic, will provide vital resources for small and medium-sized enterprises (SMEs) and will be instrumental in maintaining the current employment rate, according to business representatives.

Three conventional banks – Ziraat, Halkbank and VakıfBank – and two participation lenders – Ziraat Katılım and Vakıf Katılım – announced their packages, available to all enterprises that are feeling the pinch from the outbreak. To qualify for support, companies cannot cut their number of registered employees from the end of February.

The package will provide a 36-month loan, with 7.5% annual interest and a six-month non-payment period. Banks will accept credit applications for up to TL 100 million (around $15.5 million).

The move follows a TL 100 billion (around $15.4 billion) relief package announced by President Recep Tayyip Erdoğan last week that included dozens of measures to help citizens, companies, businesses and institutions that might feel the economic impact from the outbreak.

Turkey’s death toll from the coronavirus increased by 15 to 59 on Wednesday, as the number of confirmed cases rose by 561 to 2,433, Health Minister Fahrettin Koca said.

To contain the virus, Ankara has taken a series of measures to contain the virus, including limiting the use of public spaces and imposing a curfew on the elderly, as well as closing schools, cafes and bars, banning mass prayers and suspending sports matches and flights.

Erdoğan said Wednesday that Turkey, which has a population of about 83 million, would overcome the coronavirus outbreak in two to three weeks.

Employment and production should be maintained to prevent the economy from suffering greater loss, said Istanbul Chamber of Commerce (İTO) chairman Şekib Avdagiç, who also praised the stimulus announced by the public lenders.

“A vital resource will be created, especially for SMEs. Plus, employment protection being one of the criteria is extremely important,” Avdagiç noted. He also underlined the importance of maximizing the number of companies to benefit from the package.

“The success of the support will be determined by the spread of the loan to the base,” he continued. “The more SMEs benefit from this loan support, the more impact it will have. The more companies this resource reaches, the faster the wheels will spin.”

Indicating that each of these steps serves as a link of the chain, Avdagiç pointed out that short working allowances, postponement of loan payments and cost-effective financing announced by the government and banks “will make a contribution to the compensation of this process.”

Under the TL 100 billion package announced by Erdoğan, the country postponed debt payments and reduced the tax burden on some sectors.

Debt repayments of companies affected by the coronavirus were postponed for a minimum of three months, while value-added taxes (VAT) and social security payments for various sectors were also deferred.

VAT for domestic aviation was cut to 1% from 18% and the limit of the treasury-backed credit guarantee fund, which guarantees loans to small and medium-sized businesses, would be doubled to TL 50 billion ($7.7 billion).

Separately, the country’s public and private lenders earlier this week announced support packages for their customers to soften the impact of the outbreak.

They have offered some flexible loan payment options for customers and corporate debt restructuring, especially for the badly hit tourism and transportation sectors.

The president also called on banks not to restrict loans and for companies not to cut jobs.

Avdagiç noted that the loan packages, together with other financial measures taken to combat the economic fallout from coronavirus, would complement each other.

Nail Olpak, chairman of the Foreign Economic Relations Board (DEİK), highlighted the significance of the package, stressing that regardless of any sectoral distinction, it will be extremely useful for all firms that are economically affected by the outbreak to receive a loan.

"It will boost our businesses, especially our SMEs,” Olpak said.

Morale boost for the business world

Efforts by the government and the banks have given a morale boost to the business world, said Turkish Exporters’ Assembly (TİM) Chairman İsmail Gülle, who remarked that support offered by the lenders, especially the Export Credit Bank of Turkey (Türk Eximbank), would also significantly contribute to the country’s exporters and the business world.

Türk Eximbank introduced a support package for exporters on Tuesday in a move to alleviate financial difficulties caused by falling demand for exports amid the outbreak.

In a statement, the bank said it extended credit repayment terms by three to six months depending on exporter demand and the commitment closure term by a year, prolonged re-discount credit terms to two years, and eased insurance terms. The moves aim to help exporters continue production and maintain employment as they see orders falling or being canceled due to virus fears.

Gülle praised measures announced by the Industry and Technology Ministry, which looks to boost local production of medical equipment and provide short-term working allowances, and the Family, Labor and Social Services Ministry, which aims to modify compensatory working time, as important developments for the business world.

Abdurrahman Kaan, chairman of the Independent Industrialists and Businessmen Association (MÜSİAD), said for Turkey, one of the biggest concerns of this outbreak, which is expected to create a new world order from the economic chaos, is the probable loss of employment that may occur in parallel with the job loss of the enterprises.

“As an organization that prioritizes not only making money but also the interests of our country and the well-being of our country since the day we were founded, we will do our best to prevent any negative development in our businesses operating under the roof of MÜSİAD and therefore call on our business community to continue employment with regards to no loss of employment in our organization,” Kaan said. “In this context, we believe that the postponement of concise tax withholding and value-added taxes (VAT) and insurance premium payments provided to our employers within the scope of the Economic Stability Shield package, minimum wage support of up to TL 7 billion ($1.1 billion) in total, and other benefits provided regarding flexible working conditions and compensatory working time will be instrumental in maintaining the current employment rate.”