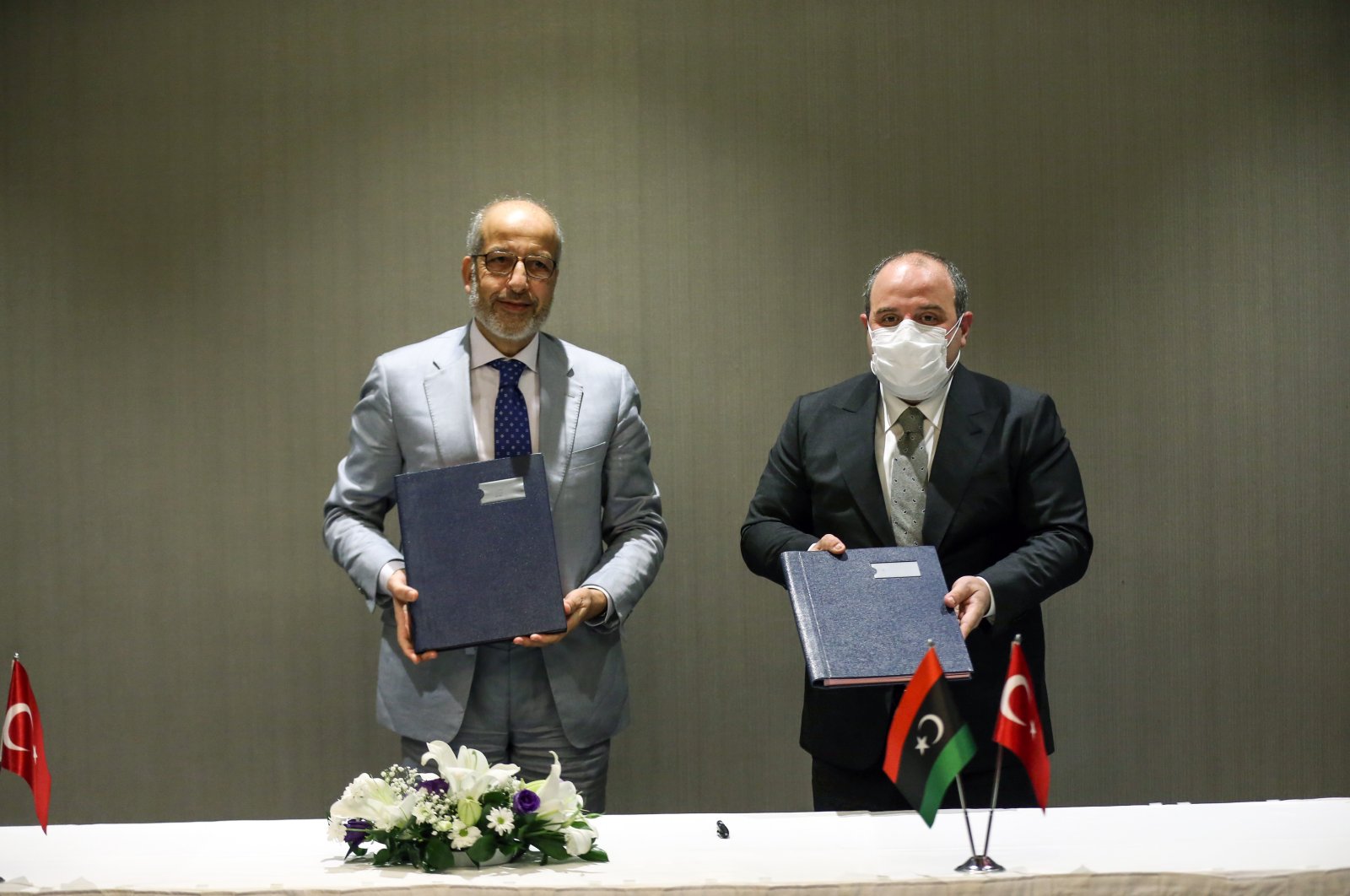 Turkey and Libya’s Tripoli-based Government of National Accord (GNA) have signed an economy, technology cooperation protocol.

"Our countries face many threats in economic, political and military fields. We are fighting beside Libya against some of these common threats. It is possible to place our efforts on a more solid basis by further increasing cooperation in every field," Varank said.

Speaking to the media prior to the meeting, Varank said Turkey and Libya share a more intimate relationship, contrary to the mutual interest approach that dominates international relations.

"So far a higher level of cooperation has been achieved in political and military cooperation but now it is time to boost economic cooperation as well," he said.

"Now, we have a goal to move forward with concrete projects in economy, technology, and entrepreneurship," Varank added.

Both countries will undertake joint projects in the fields of investments, entrepreneurship and technology development.

"We will contribute to the development of the entrepreneurship ecosystem in Libya. We will improve the technological capacity and depth of financial services. We will also work together on the usage of new technologies in the financial system, conduct research and development in the regulation of financial technologies, and establish technology workshops for young people," Varank said.

He also emphasized that the two countries are set to take steps toward cooperation in establishing venture capital funds in the coming days or "investing in funds in our country, especially to support technology-oriented initiatives."

The Central Bank of Libya, along with the existing banking system in the country needs a capacity increase, he said. "This is both in the technical field and in the field of human resources."

He said they welcome the establishment of technology centers. "I would like to say that we also need training centers for our human resources in the financial field," the central bank governor added.