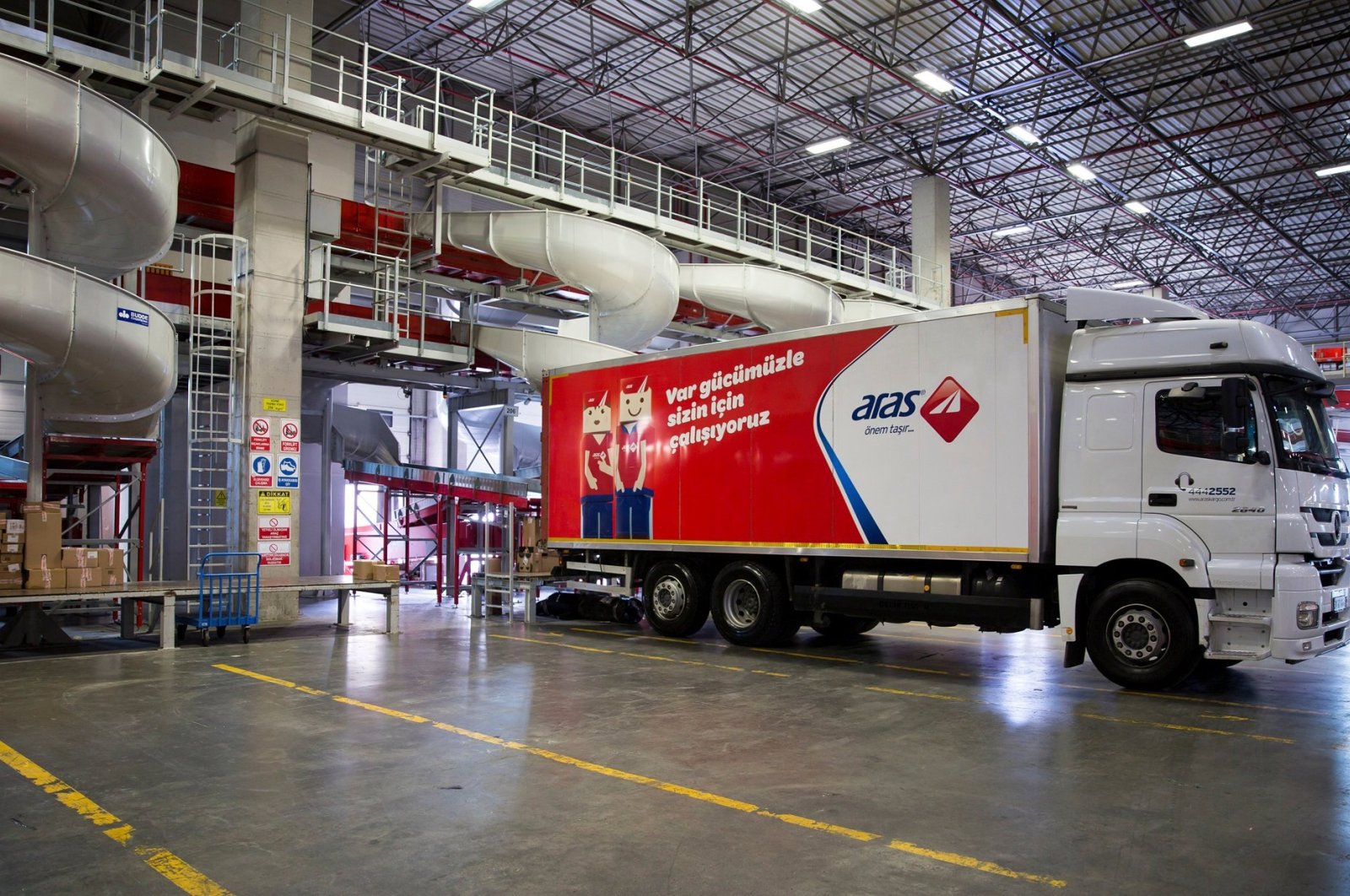 Having visited more than 200 million addresses nationwide and managing to increase cargo volume with technological investments, Turkish parcel service Aras Kargo created more than 1,000 new jobs during the pandemic, according to a company statement Wednesday.

The cargo transporting company, which increased the number of addresses it visits daily from 500,000 to more than 1 million, carried the most shipments within Istanbul.

However, COVID-19 pandemic measures have led small and medium-sized entrepreneurs (SMEs) in eastern and southeastern Anatolia to send their products across the country, boosting e-commerce and the volume of shipments in those regions as well.

The shipping volume of the eastern provinces has jumped by more than 70%. Provinces where cargo volume surged include eastern Iğdır, Adıyaman and Tunceli; southeastern Kilis, Şırnak and Batman; northern Giresun and Bartın and northwestern Bilecik and Uşak. Aras Kargo carried its all-time highest amount of cargo in December 2020.

Aras Kargo General Manager Utku Ayyarkın, whose views were included in the company statement, said they entered a process of great social and economic change during the pandemic.

"The number of shipments belonging to our marketplace and e-commerce customers has doubled. On the other hand, the number of packages of our B2B customers, who send from institution to institution, has decreased. The changes here were reflected on our business,” he said.

Saying that the cargo company visited 200 million addresses as of the end of 2020, Ayyarkın informed that this means they visited twice the number of Turkey’s entire population.

Aras Kargo is currently transforming itself from an operations company into a technology company, Ayyarkın said, pointing out the importance of the technological investments they made to adapt to the pandemic period on branches and transfer centers.

To manage the increasing number of addresses and data operations, the company developed its map infrastructure and started the Courier Route Optimization project.

“We renewed our voice response system and mobile application,” Ayyarkın said, adding that they have also started contactless delivery with ID cards and SMS codes to reduce human contact and prevent spreading the virus.