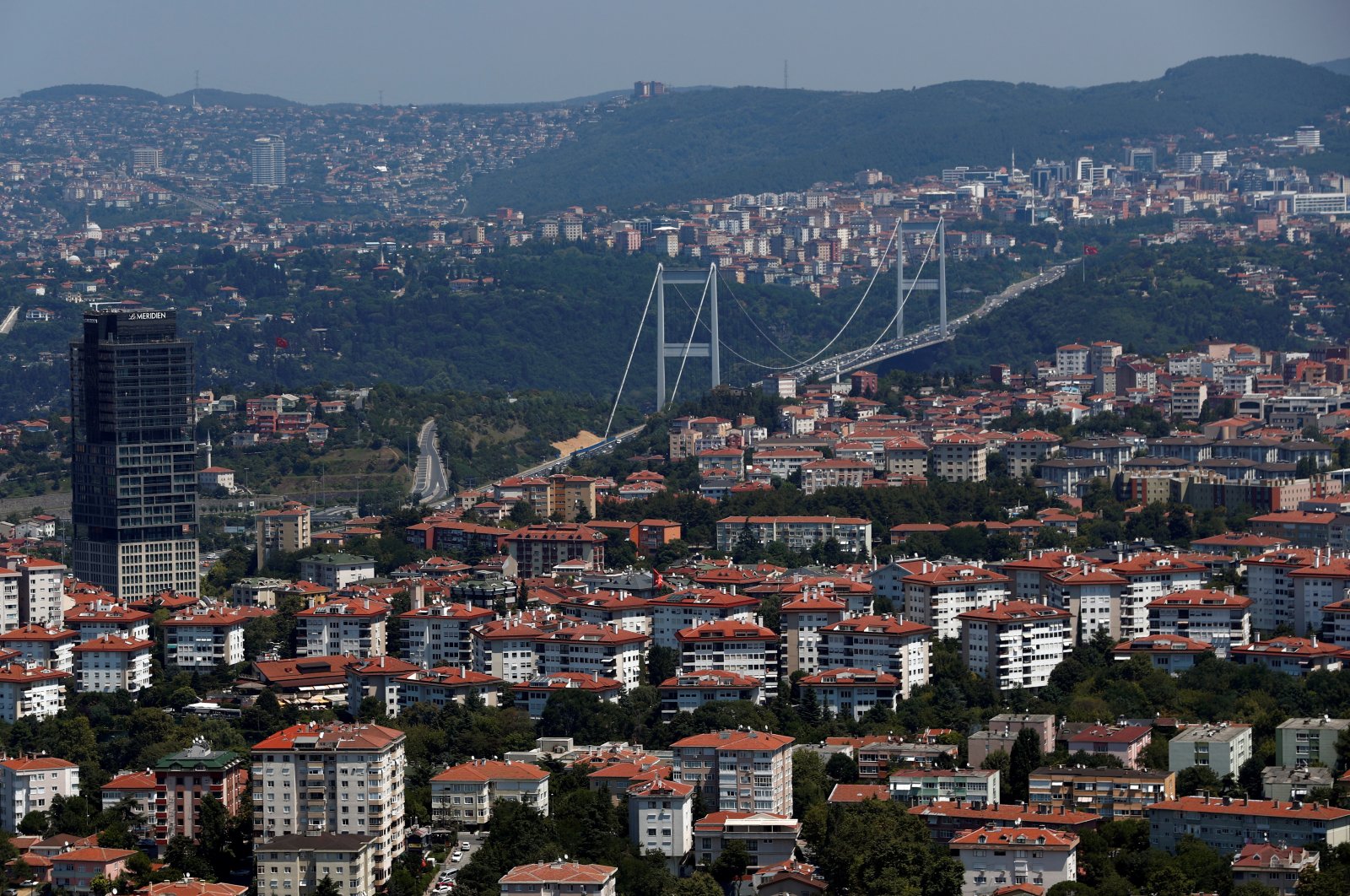 The Fatih Sultan Mehmet Bridge linking the city's European and Asian side over the Bosporus rises behind residential apartment blocks in Istanbul, Turkey, Aug. 1, 2019. (Reuters Photo)
by DAILY SABAH WITH AA
Nov 13, 2020 1:54 pm

Despite a decrease in terms of units sold during the pandemic, Turkey's real estate sales to foreigners are expected to hit $7 billion due to an upward trend in buyer profiles, a sector representative has said.

Ergüven, who is also the chairperson of the real estate company, Inhouse Global, said Turkish residential sales to foreigners significantly increased since the 2013 reciprocity law, contributing to the country's real estate sector. He added that significant numbers were recorded during that period despite all the challenges.

"For instance, despite the pandemic, some 26,000 units were sold to foreigners during the January-September period this year," he said.

"Figures for October have not yet been announced. However, the data we receive from the sector is very good. We think the figure will be around 6,000 units. We can easily pass 35,000 and reach even 40,000 over the course of the year."

"The customer profile of new foreign real estate buyers is way higher compared to the previous years," he added.

"This year more Europeans are buying houses in Istanbul than ever, primarily due to the exchange rate advantage and perks like Turkey's robust health care system.

Ergüven noted that there has been an increased interest from Swede and the German buyers this year. "Besides the Europeans and Iranian buyers, who are one of the main customers in the country, buyers from Pakistan, India and China are also showing an interest in the Turkish real estate market," he said.

Antalya, Muğla, or Aydın provinces along the Mediterranean and Aegean coasts are among the No.1 destinations for European buyers, he said.

Ergüven said the interest from Africa and South America is also on the rise but is still below their actual potential. He noted that buyers, regardless of where they're coming from, choose Turkey because they love it here. The country offers high living standards at affordable prices, he said.

"We expect the average real estate sales value to be around $170,000-$180,000 especially with the increase in sales from regions like Antalya and Bodrum, and the arrival of high-potential buyers," he said on year-end expectations.

Ergüven added that Inhouse Global has offices in Kuwait, Jordan and Dubai, apart from the ones in Turkey.

"We're also opening offices in Egypt, Libya, Algeria, Tunisia and Sudan. Opening up to the North African market will bring a significant number of buyers to the country," he added.

He said they act as intermediaries in more than 500 sales annually. "We have brought in nearly $500 million worth of foreign exchange in Turkey through those sales in eight years," Ergüven said.