Turkish trucks stuck at Turkmenistan-Iran border due to virus 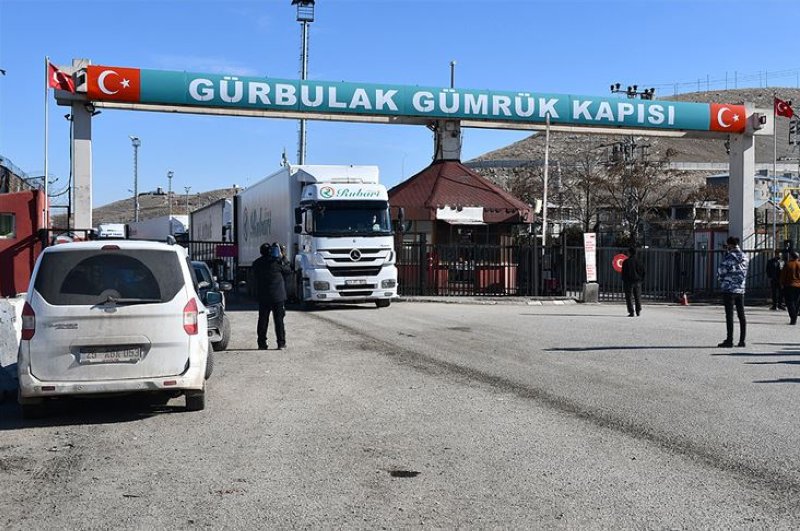 Turkish haulers who carry goods to Asian countries were stuck at the Turkmenistan-Iran border after the Central Asian country closed its borders with Iran in a bid to fight against the spreading coronavirus.

Abdullah Özel, chairman of the Black Sea Region of International Transporters Association, said that they expect a solution from state officials, noting there are many haulers waiting at the gate, who were carrying products to countries like Uzbekistan and Turkmenistan.

There are currently 800 rig drivers who stayed along the Turkmenistan-Iranian border in awful conditions, a report by the Turkish daily Dünya said. The report noted that the drivers are under lockdown as the doors of the truck parks were closed with chains and no one is allowed to go outside.

“There is no dining house in here, no water, no restrooms; we stuck in here,” drivers were cited as saying in the report.

“We don’t know how many days we will be staying here. We do not have the infection yet, and we are afraid of being affected due to these inhumane conditions,” they added.

Meanwhile, İbrahim Afyon, chairman of the Egg Producers Union, told Anadolu Agency (AA) that the trucks belonging to the egg exporters are waiting at the Turkish border, which were supposed to export via the Iranian border but were prevented after Turkey temporarily closed its border with Iran, a country which saw a rapid increase in the number of both infection and death cases.

Afyon said there are currently 150 trucks belonging to 20 firms carrying 3,500 tons of eggs waiting at the border, demanding the officials to allow the drivers to pass the border with special clothes and deliver the products without even getting out of the vehicles.