Turkish SMEs to receive additional TL 6B in financing 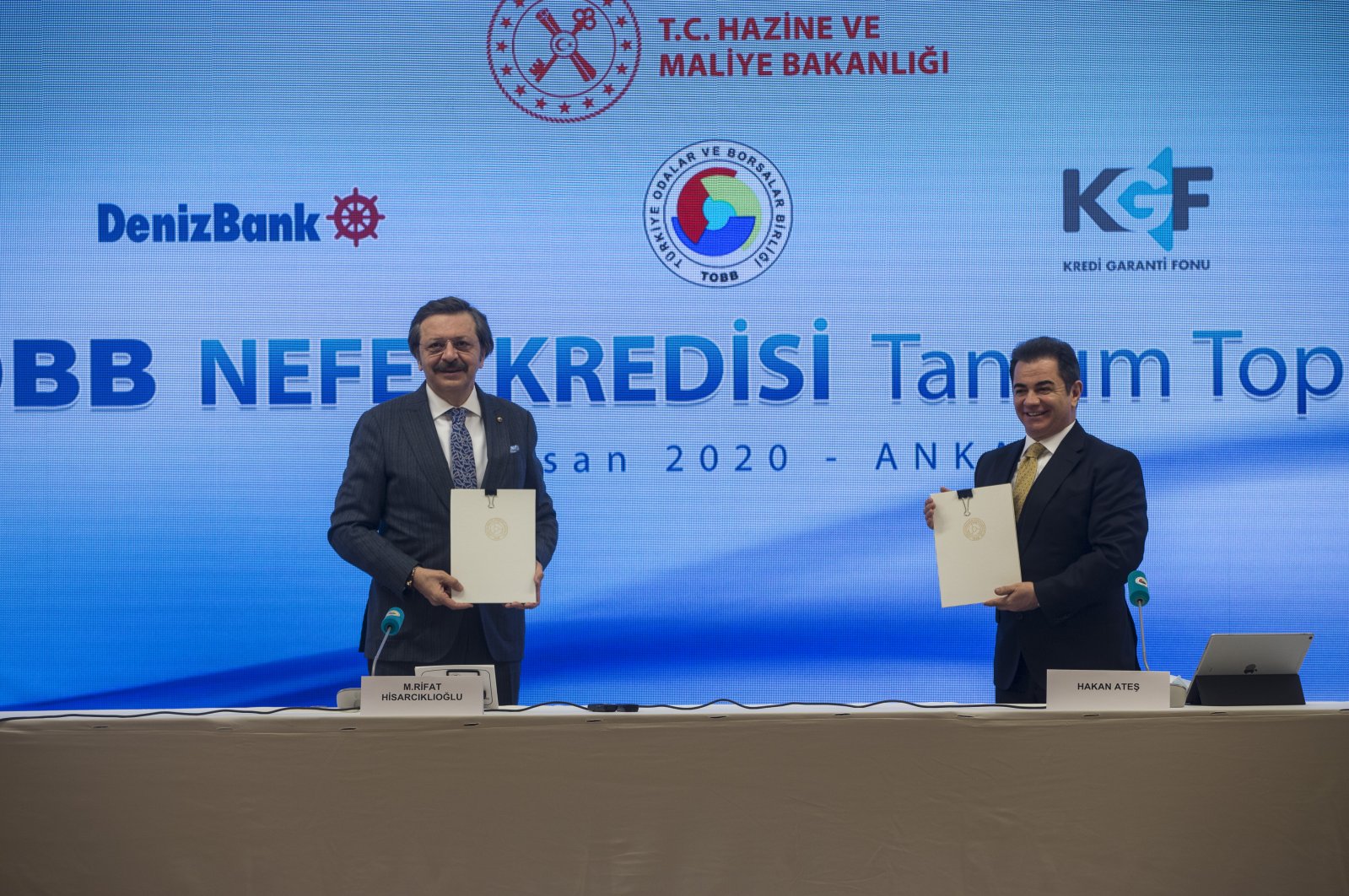 The Union of Chambers and Commodity Exchanges of Turkey (TOBB), jointly with private lender Denizbank and Credit Guarantee Fund (KGF), Monday announced the launch of a new loan package for small and medium-sized enterprises (SMEs) amid the coronavirus pandemic.

The package will create TL 6 billion ($859 million) in loan opportunity for the SMEs in two months, TOBB Chairman Rifat Hisarcıklıoğlu said at the launching ceremony in the capital Ankara.

Hisarciklioğlu said the maximum loan amount will vary between TL 50,000 and TL 100,000 depending on the province.

While the interest rate is determined as 7.5% in the package, there will be no principal and interest payments this year.

Denizbank CEO Hakan Ateş said that they are aiming to reach 40,000 businesses with the initiative.

“We have always been at the forefront of all projects under market interest rates to be the power next to our SMEs that sustain our economy and support the burden of employment, production and exports,” Ateş said, adding that SMEs voluntarily closed their shutters by making great sacrifices for the country in this sensitive period when the fight against the coronavirus peaked and that many stalls, shops and factories have not been operating for a long time.

As part of measures to cushion the impacts of the pandemic, President Recep Tayyip Erdoğan last month announced a TL 100 billion relief package that slashed taxes for hard-hit sectors and unlocked funding for workers.

The government's steps to support the economy have reached a value of TL 200 billion, Treasury and Finance Minister Berat Albayrak said on Saturday.

Among the measures, funds totaling TL 107.4 billion have been provided to some 120,000 companies as part of financing package backed by the Credit Guarantee Fund (KGF) to protect employment and support businesses.

The minister emphasized that financial support has been given to 4.4 million families, with a total of TL 22.3 billion set aside to meet the basic needs of some 4 million citizens.

The country’s lenders also stepped up, announcing loan packages for their customers that include some flexible payment options and corporate debt restructuring, especially for the badly hit tourism and transportation sectors.